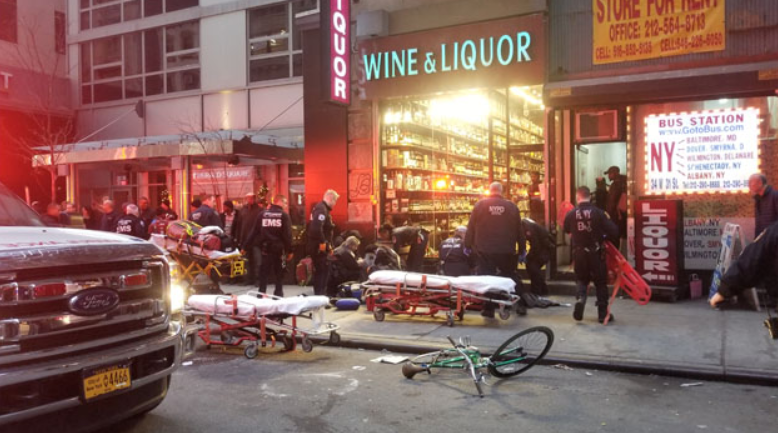 NEW YORK -- Three males were shot and taken to local hospitals Sunday in Manhattan, a New York City Police Department spokesperson tells CBS News. Police have not made arrests in the shooting and said the investigation is ongoing.

Officers responded to a 911 call of an assault at 34 West 31st Street on Sunday afternoon. Police said all three victims were in stable condition.

CBS New York reports that images from the scene showed an overturned bicycle lying in the street as paramedics set up stretchers near the Hyatt hotel in Herald Square.

Many residents were in shock and wondering what provoked the shooting.