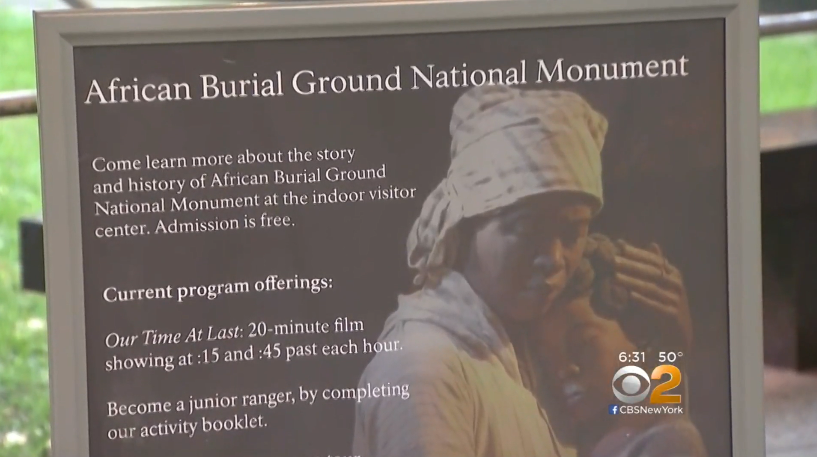 NEW YORK — A message of hate was found scrawled across a historic site for the black community, according to CBS New York. Police said the African Burial Ground National Monument in lower Manhattan was defaced late last week with a racist slur suggesting African-Americans should be killed.

"Some lowlife come and on this monument right back here and write 'kill the N's.' You must be out of your mind if you think we'll remain silent. We want an arrest," Assemblyman Charles Barron said.

The graffiti has been removed from the site, but it comes after a recent rash of hate crimes in the city. Police said anti-Semitic slurs were also discovered outside homes in Brooklyn Heights, the station wrote.

On Sunday afternoon, community leaders expressed disappointment and demanded more information about an alleged hate crime police say happened Thursday just before noon in front of the African Burial Ground. The NYPD says someone scrawled a racist slur there in black marker.

"How can there be all these cameras around and we are still looking for a suspect?" Washington said.

The rally took place the same day police on Long Island removed a swastika-defaced campaign sign in Stony Brook. That sign was for Perry Gershon, a Jew, who is running on the Democratic ticket in the 1st Congressional District race against Republican Lee Zeldin.

There was no word on suspects in that case, but in another case of anti-Semitism in Brooklyn, police have released pictures of two suspects. Tuesday at around 9:30 p.m., the NYPD said multiple swastikas were drawn on the steps and garage doors of residential homes.

The photos come days after officers made an arrest in another anti-Semitic incident at a synagogue in Prospect Heights. Police said James Polite, 26, wrote hateful messages Thursday night in the stairwells and hallways of Union Temple.

Sources tell CBS New York it's believed he also set fires outside seven schuls and yeshivas in Williamsburg early Friday morning. In one case we're told the suspect even got inside and set a fire in a closet.