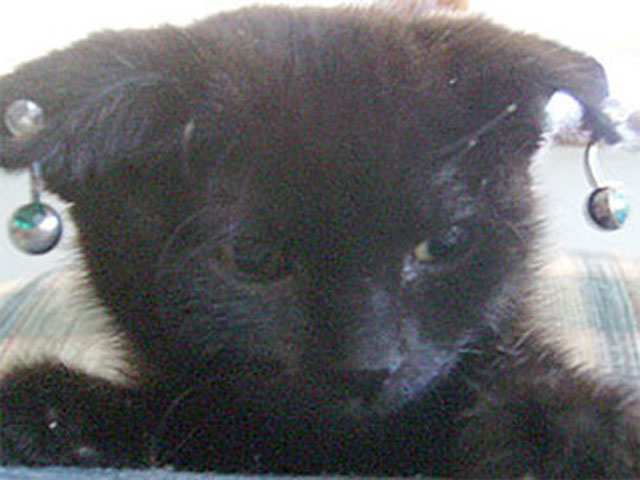 ALBANY, N.Y. -- Body art is not for animals, at least not in New York.

CBS New York reports a new state law will make it a crime to pierce or tattoo your companion animal. The law was signed Monday by Gov. Andrew Cuomo and will take effect in 120 days.

"This is animal abuse, pure and simple," Cuomo said in a news release. "I'm proud to sign this common sense legislation and end these cruel and unacceptable practices in New York once and for all."

Assemblywoman Linda Rosenthal, a Manhattan Democrat who sponsored the legislation, says the practice is simply cruel.

"While people can decide whether they would like to undergo the pain associated with a tattoo or piercing, animals do not have that luxury," she said in the release issued by Cuomo's office. "Subjecting animals to painful cosmetic procedures, such as tattooing and piercing, merely to satisfy an individual's misguided and selfish aesthetic predilections, is inhumane and should be considered cruelty by the law."

Penalties for violations range up to 15 days in jail and fines up to $250, Cuomo said.

The law makes an exception for markings done under a veterinarian's supervision for a medical reason or identification. Rosenthal said that includes cases like her pet cat, which was spayed by a vet and given a little green mark to show it.

The bill was introduced following reports of the sale of so-called "gothic kittens" that had piercings on their necks and back, and of a Brooklyn tattoo artist who tattooed his dog.