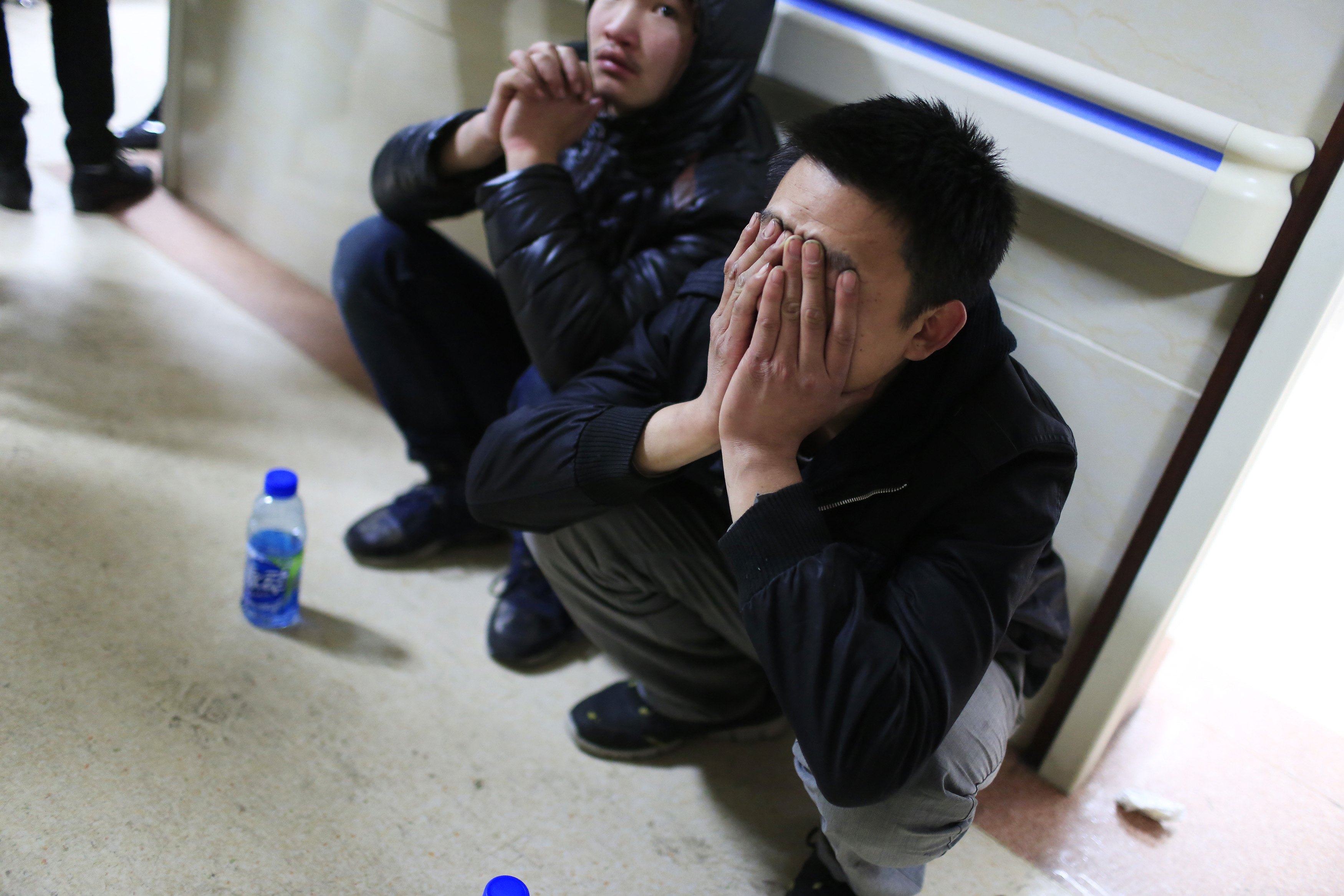 SHANGHAI -- People unable to contact friends and relatives streamed into hospitals Thursday, anxious for information after a stampede during New Year's celebrations in Shanghai's historic waterfront area killed 36 people in the worst disaster to hit one of China's showcase cities in recent years.

The Shanghai government said 47 others received hospital treatment, including 13 who were seriously injured, after the chaos about a half-hour before midnight. Seven of the injured people had left hospitals by Thursday afternoon.

The Shanghai government information office said one Taiwanese was among the dead, and two Taiwanese and one Malaysian were among the injured.

The deaths and injuries occurred at Chen Yi Square in Shanghai's popular riverfront Bund area, an avenue lined with art deco buildings from the 1920s and 1930s when Shanghai was home to international banks and trading houses. The area is often jammed with people during major events.

At one of the hospitals where the injured were being treated, police brought out photos of unidentified dead victims, causing dozens of waiting relatives to crowd around. Not everyone could see, and young women who looked at the photos broke into tears when they recognized someone.

A saleswoman in her 20s, who declined to give her name, said she had been celebrating with three friends. "I heard people screaming, someone fell, people shouted 'don't rush,'" she said. "There were so many people and I couldn't stand properly." She added that she still could not contact one of her friends.

The official Xinhua News Agency quoted a woman with the surname Yin who was caught with her 12-year-old son in the middle of crowds of people pushing to go up and down steps leading from the square.

"Then people started to fall down, row by row," Yin said. When her son was finally brought to safety, he had shoe prints over his clothes, "his forehead was bruised, he had two deep creased scars on his neck, and his mouth and nose were bleeding," she said.

Xia Shujie, vice president of Shanghai No. 1 People's Hospital, told reporters that some of the victims had been suffocated.

At the hospital, which was guarded by police, a man who would give only his surname, Li, said he had identified his wife's cousin among the dead.

Relatives desperately seeking information earlier tried to push past hospital guards, who used a bench to hold them back. Police later allowed family members into the hospital.

CCTV America, the U.S. version of state broadcaster China Central Television, posted a video of Shanghai streets after the stampede showing piles of discarded shoes amid the debris.

One photo from the scene shared by Xinhua showed at least one person doing chest compressions on a shirtless man while several other people lay on the ground nearby, amid debris. Another photo showed the area ringed by police.

On Thursday morning, dozens of police officers were in the area and tourists continued to wander by the square, a small patch of grass dominated by a statue of Chen Yi, the city's first Communist mayor.

Steps lead down from the square to a road across from several buildings.

Xinhua quoted witness Wu Tao as saying some people had scrambled for coupons that looked like dollar bills bearing the name of a bar that were being thrown out of a third-floor window. But police dismissed speculation that the coupons had triggered the stampede, saying they were thrown after the tragedy.

The cause of the stampede was still under investigation.

Last week, the English-language Shanghai Daily reported that the annual New Year's Eve countdown on the Bund that normally attracts about 300,000 people had been canceled, apparently because of crowd control issues. The report said a "toned-down" version of the event would be held instead but that it would not be open to the public.

The stampede appeared to be near that area. The city apparently did not expect that so many people would assemble there and was not adequately prepared.