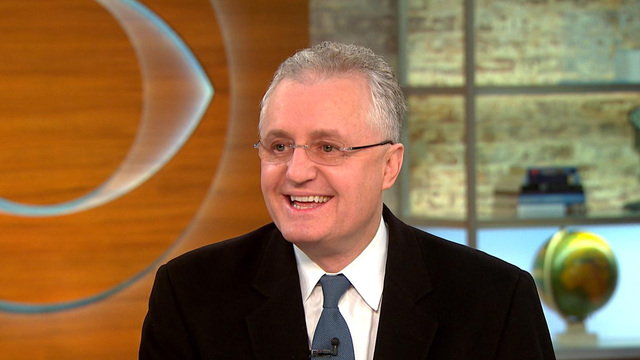 Research shows 36 percent of people will break their New Year's resolutions by the end of January. That number jumps to 56 percent by July.

But some strategies may help you beat those odds, according to New York Times Science Columnist John Tierney.

"People too often overdo it, and they overestimate their own willpower, and so the first bit of advice is just making one resolution - just do one thing at a time," Tierney said on "CBS This Morning" Thursday. "Focus on that, then after you get that, maybe focus on something else."

"So if you want to spend less money, keep track of it every week. If you want to lose weight, you get on the scale every day. That's one of the clinically proven ways of losing weight," Tierney said.

In his book "Willpower: Rediscovering the Greatest Human Strength," Tierney said that those who use willpower less often than other people are more disciplined. He cited President Obama and Facebook CEO Mark Zuckerberg as examples of individuals who tried avoid "decision fatigue" by wearing the same outfit every day in order to eliminate small, daily decisions about what to wear.

"By eliminating those decisions, that leaves them with more energy, with more willpower for the rest of the stuff in their lives," Tierney said. "The most disciplined people actually use willpower less often than other people."

As you prepare for your New Year's resolutions, Tierney also offered some tips on resources that can help you monitor your progress in achieving your new goals.

For example, stickK.com allows users to set their goals and accomplish them by imposing a fine penalty.