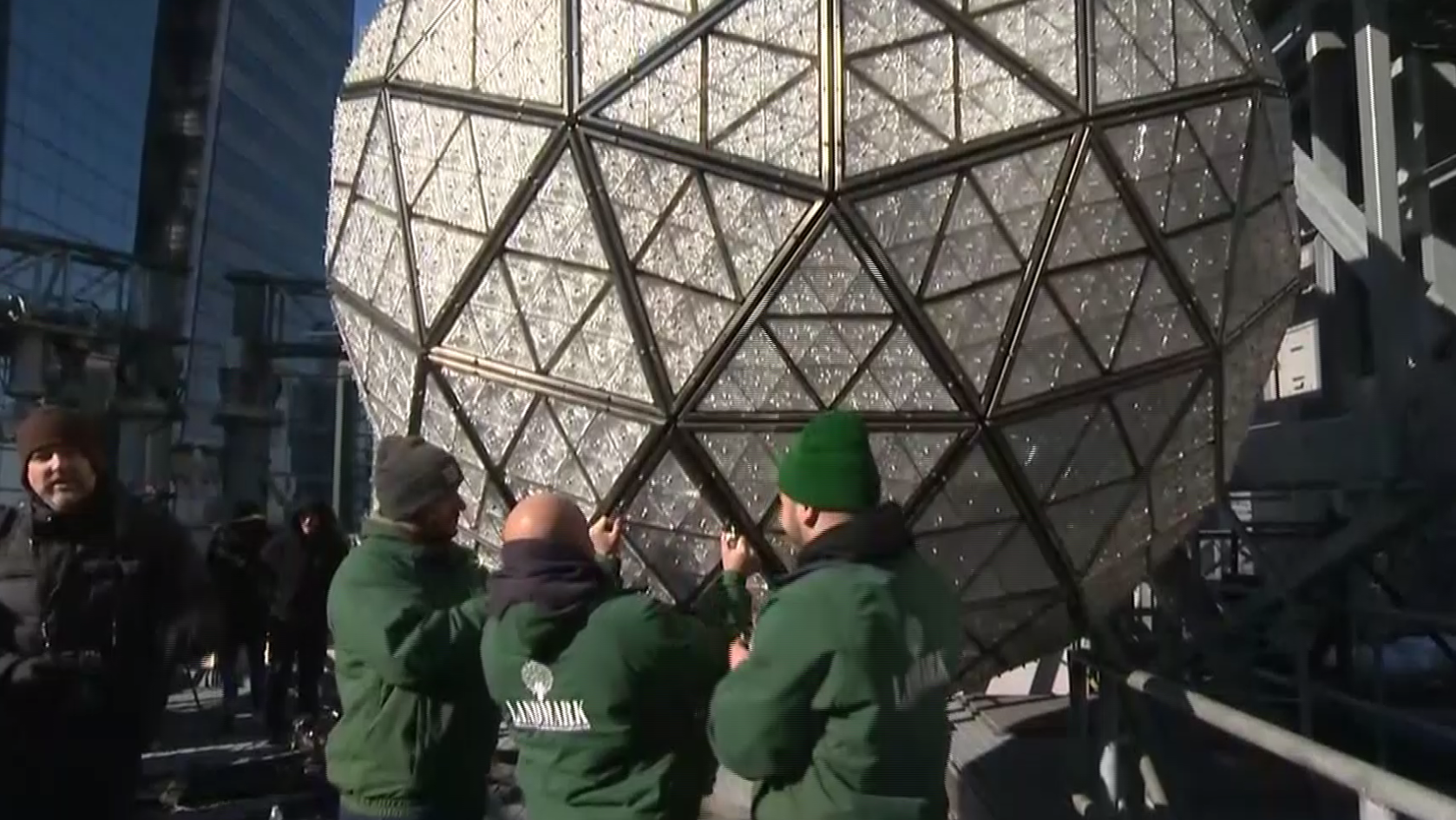 According to CBS New York, the masterpiece -- measuring 12 feet in diameter and nearly 12,000 pounds -- will be covered with more than 2,600 Waterford Crystals of various patterns, cuts and sizes.

The theme this year is "The Gift of Serenity," which is displayed by the butterfly-like design cut out in the Waterford Crystal triangles.

"When that ball drops, there is 32,000 Philips LED lights behind each crystal panel generating over 7.5 billion light combinations that will be and can be seen from space," Tom Brennan from Waterford Crystal said.

Tim Tompkins of the Times Square Alliance said even with the cold, thousands are expected to attend the New Year's Eve celebration.

"Of course, it is going to be a little bit chilly on New Year's Eve so having some serenity in the face in the force of nature is something that's valuable too," he said.

The ball has come a long way since the first drop in Times Square. In 1907, the 700-pound ball was made of iron, wood and covered with 100 light bulbs.

It was upgraded to another iron ball in 1920, an aluminum ball in 1955, a computerized aluminum and rhinestone ball in 1995, a crystal ball in 1999 and a LED ball to celebrate the centennial in 2007. The ball that's there today was later put in place.