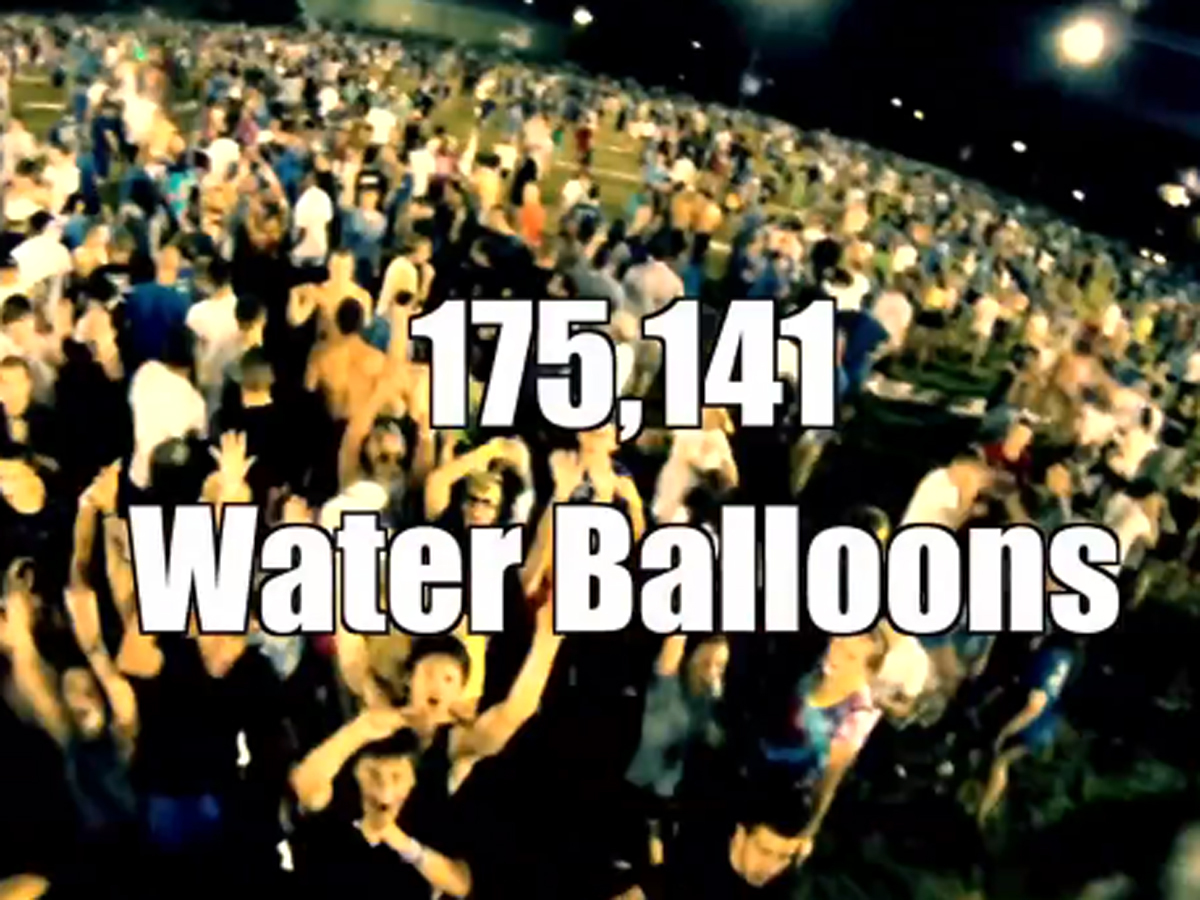 (CBS) - For some reason, world's largest water balloon fight is a record that we at The Feed see attempted time and time again. And almost every single time it is epic to watch unfold. The above video is no different.

The YouTube video depicts the Christian Student Fellowship setting a new world record for largest balloon fight ever on August 26th, 2011 at the University of Kentucky.

What are the breakdown on numbers, you ask? 175,141 water balloons. 8,957 people. And last but not least, one world record and an amazing video to go with it.  Congratulations to all those who came together to make this record-setting event happen!