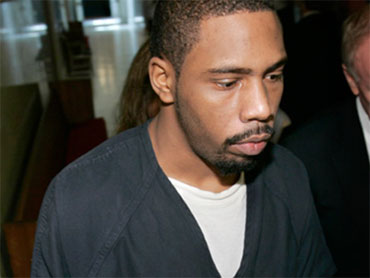 The United States is rounding up and questioning the relatives of fugitive al Qaeda leaders to generate information on the possible whereabouts of Osama bin Laden and his top deputies. This tactic helped lead to Saddam Hussein's capture.

So far, the information received is unconfirmed and does not mean the terrorist leader's location has been pinned down or his capture is imminent. U.S. officials caution that rumors of significant progress are overstated.

On Saturday, Pentagon and Pakistani officials denied an Iranian state radio report that bin Laden had been captured "a long time ago" in Pakistan's border region with Afghanistan.

But some U.S. officials do say they have been able to extract useful information from Afghan and Pakistani relatives and friends of al Qaeda fugitives, providing hints on the possible whereabouts of the organization's leaders.

CBS News Correspondent Dan Raviv points out that not finding bin Laden -- almost two-and-a-half years after 9-11 -- opens the Bush Administration to criticism that it's been distracted by the war in Iraq.

The New York Times reports in a story prepared for its Sunday editions that President Bush has approved a plan to intensify the effort to capture or kill bin Laden.

The newspaper cites senior administration and military officials as saying a combination of better intelligence, improving weather and a refocusing of resources away from Iraq has reinvigorated the hunt along the border between Pakistan and Afghanistan.

"The plan will apply both new forces and new tactics to the task, said senior officials in Washington and Afghanistan who were interviewed in recent days," the Times reports. "The group at the center of the effort is Task Force 121, the covert commando team of Special Operations forces and Central Intelligence Agency officers. The team was involved in Saddam Hussein's capture."

Observers say the U.S. military has sent troops and technology to the country to aid the search and to give forces on the ground more opportunity to track down bin Laden, the United States' most wanted terrorist for his leadership in planning the attacks of Sept. 11, 2001.

Rounding up relatives for questioning helped bring about the Dec. 13 capture of Saddam, the former Iraqi leader. U.S. officials hope the tactic could lead to information on the whereabouts of bin Laden and his top deputies, especially when combined with information from spy satellites, communication intercepts and prisoner interrogations.

U.S. military officials have said they are planning a spring offensive in Afghanistan in the hopes of capturing bin Laden, former Taliban leader Mullah Omar and their associates.

Other U.S. officials try to temper such optimism.

In a sign of an increased focus on the Afghan-Pakistani border, Pakistani rapid reaction forces have been deployed to selected areas in the region, a mountainous landscape that runs 2,000 miles from the Himalayas in Pakistan's northern territories to the desert of southwestern Baluchistan.

"Some people who were speaking in Arabic have been heard saying Shaikh is in good health," one of the intelligence officials said.

A U.S. defense official, also speaking on the condition of anonymity, said that Pakistani forces have killed or captured more al Qaeda members than any other U.S. ally. "We continue to aggressively pursue the remnants of al Qaeda and the Taliban," the official said.