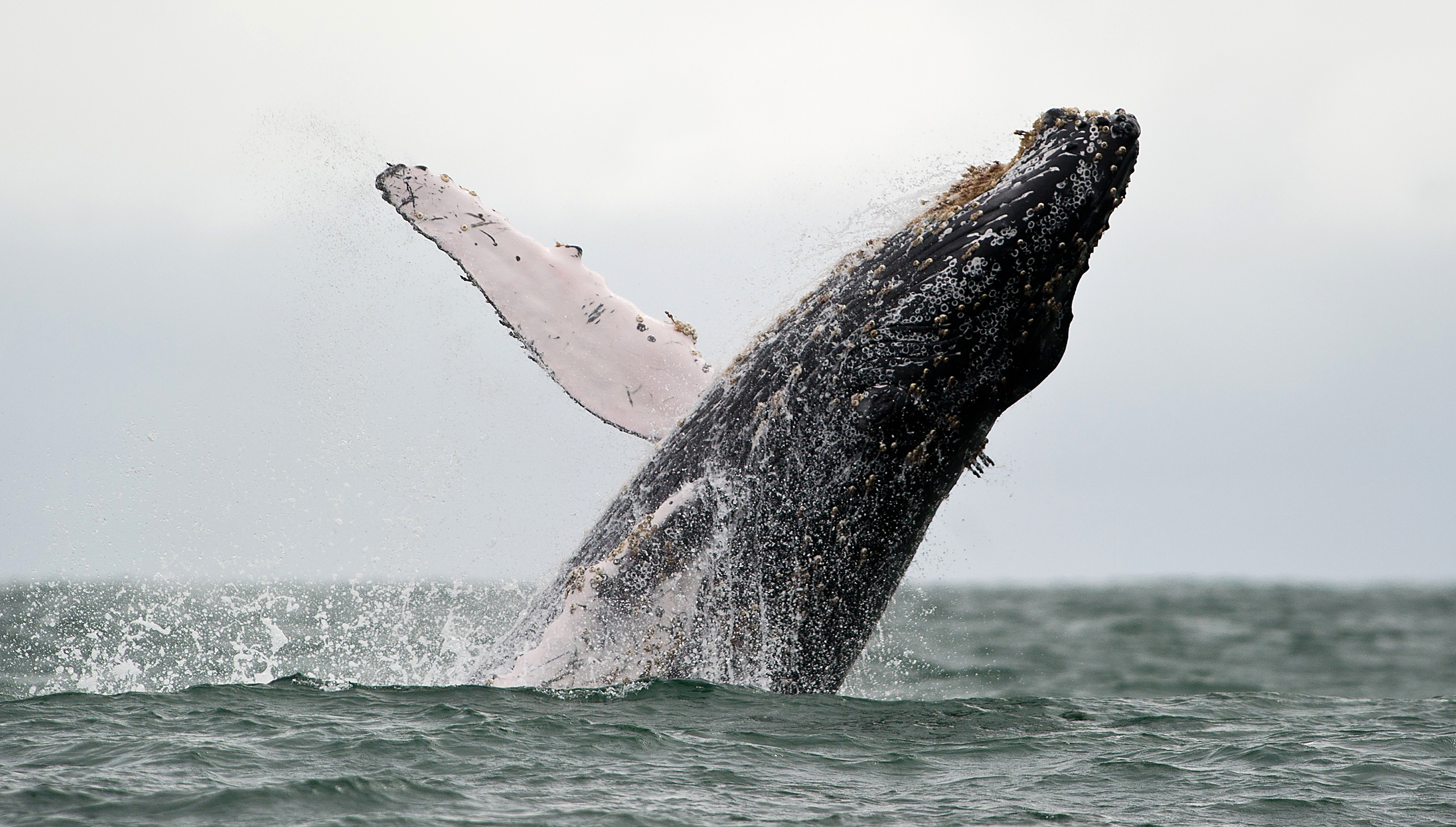 CONCORD, N.H. -- One of the biggest threats to humpback whales spending their summers in New England is being hit by a passing ship.

But a collision isn't all they have to fear.

A study published Wednesday found that low-frequency noise from passing freighters and cargo ships near the coast could be disrupting their ability to feed.

A team of researchers examining the foraging behavior of 10 whales in the Gulf of Maine found that some of these 40-ton cetaceans descended more slowly in the presence of ships, giving them less time to find the food they'd normally consume. The whales also conducted fewer side-roll maneuvers - a technique they use to feed on a type of fish known as a sand lance that's found just above the sea floor.

"Overall, I was kind of surprised that we were able to detect any response statistically just because these humpback whales are very adaptable," said Hannah Blair, a graduate student at Stoney Brook University in New York who led the analysis on the data.

Whales, dolphins and other marine life depend heavily on sound to communicate with one another and to search for food. A growing body of evidence in recent decades suggests noise caused by humans, including ship noise, is wreaking havoc on marine life. It masks sounds produced by prey and alters the behavior of prey.

Findings like these prompted the National Oceanic and Atmospheric Administration in July to announce a project to address noise that impacts aquatic species and their habitat over the next 10 years. The goals include educating the public about the problem and "minimizing the acute, chronic and cumulative effects of noise on marine species and their habitat."

The study offers the first evidence that noise could be harming the feeding behavior of humpback whales.

"They've been having to put up with this for decades probably," said David Wiley, a co-author of the study and a NOAA research coordinator at Stellwagen Bank National Marine Sanctuary. "It's another warning that we do need to be very concerned about noise in the oceans because we don't know the impacts."

Using an acoustic tag with underwater microphones and multiple sensors, the researchers studied 10 whales in and around the Stellwagen Bank from 2006 to 2009. They took data from 218 dives by the whales and found that the presence of ship noise reduced the number of their side rolls by 29 percent per dive and reduced the descent rate by 14.5 percent and the ascent rate by 12.8 percent.

Several researchers who did not participate in the study praised the finding and said it adds to evidence about the harmful role ships pose to whales. One said it makes sense, considering a disruption can spoil a dining experience for humans.

"If you sit at a black-tie dinner, and someone blows a tuba in your ear, you might get up and leave. Same with the whales and the ship," said G.M. "Hans" Thewissen, an anatomy professor at Northeast Ohio Medical University.

He said the study shows statistically how whales are disturbed by noise. "The critical question next is how badly it disrupts the dinner of the whales," he said.

John Hildebrand, an expert on marine mammals and ocean acoustics at Scripps Institution of Oceanography, disagrees with paper's conclusion. He said researchers confused the "flow noise" of the whale moving with ship noise and thus misinterpreted the data. The paper's authors dismissed the criticism.

The researchers acknowledged it's too early to say what impact the findings will have on the whales. They said more research is needed to determine how the noise affects whales of various ages and at various times of day, and how they may be compensating for the change.

They warned that "chronic cessation of feeding" could lead to decreased fitness in the whales.

"The next step is to determine whether... it impacts their survival or whether they are able to adapt," Blair said.