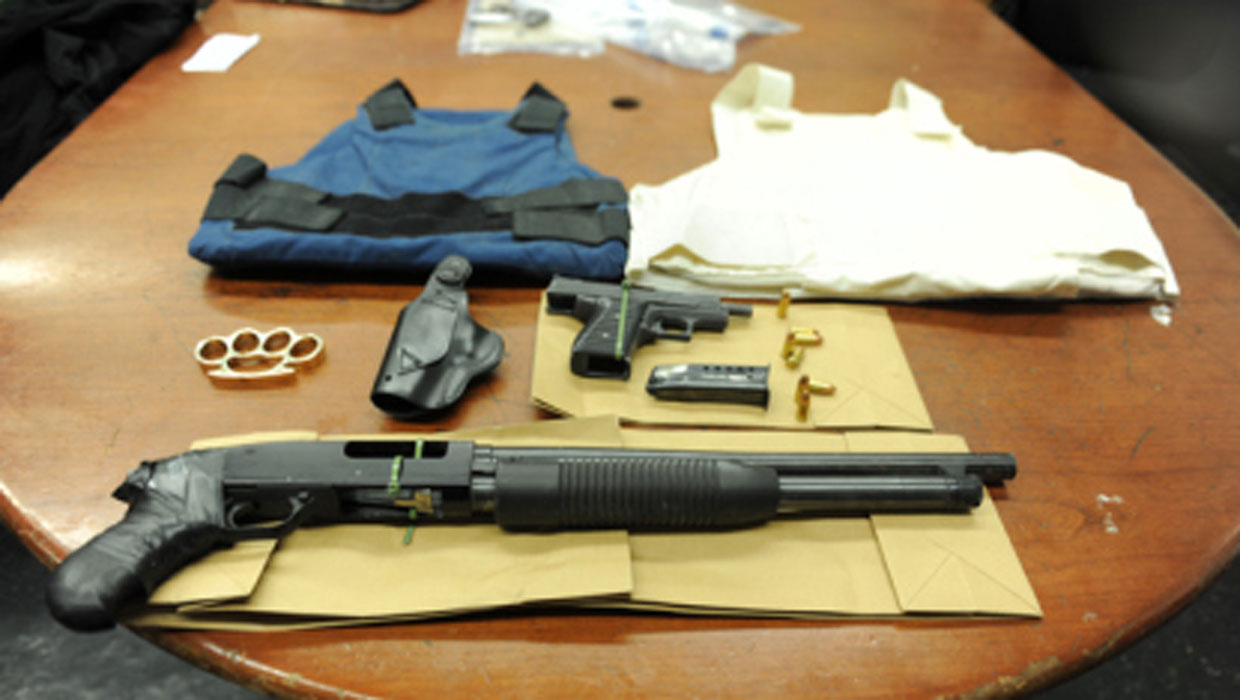 NEW YORK -- The NYPD says a Queens man was arrested Wednesday after police received a 911 call from another man who said he overheard someone talking on his cell phone about killing cops, and saying he had guns at his home, CBS New York reported.

Police said they circulated a description of the suspect and started canvassing the area near where the call came from. According to the New York Daily News, the man making the threat had been overheard at a bank in the Middle Village section of Queens.

The paper says ultimately police found the man matching the suspect's description about a mile away, getting into a car.

There, they arrested 38-year-old Elvin Payamps, who was allegedly spotted with a bag of marijuana, CBS New York reported.

He faces weapons and drug charges.

Multiple reports say at least six people have been arrested for making threats against New York City police since Saturday when NYPD officers Wenjian Liu and Rafael Ramos were ambushed and killed in their patrol car in Brooklyn.