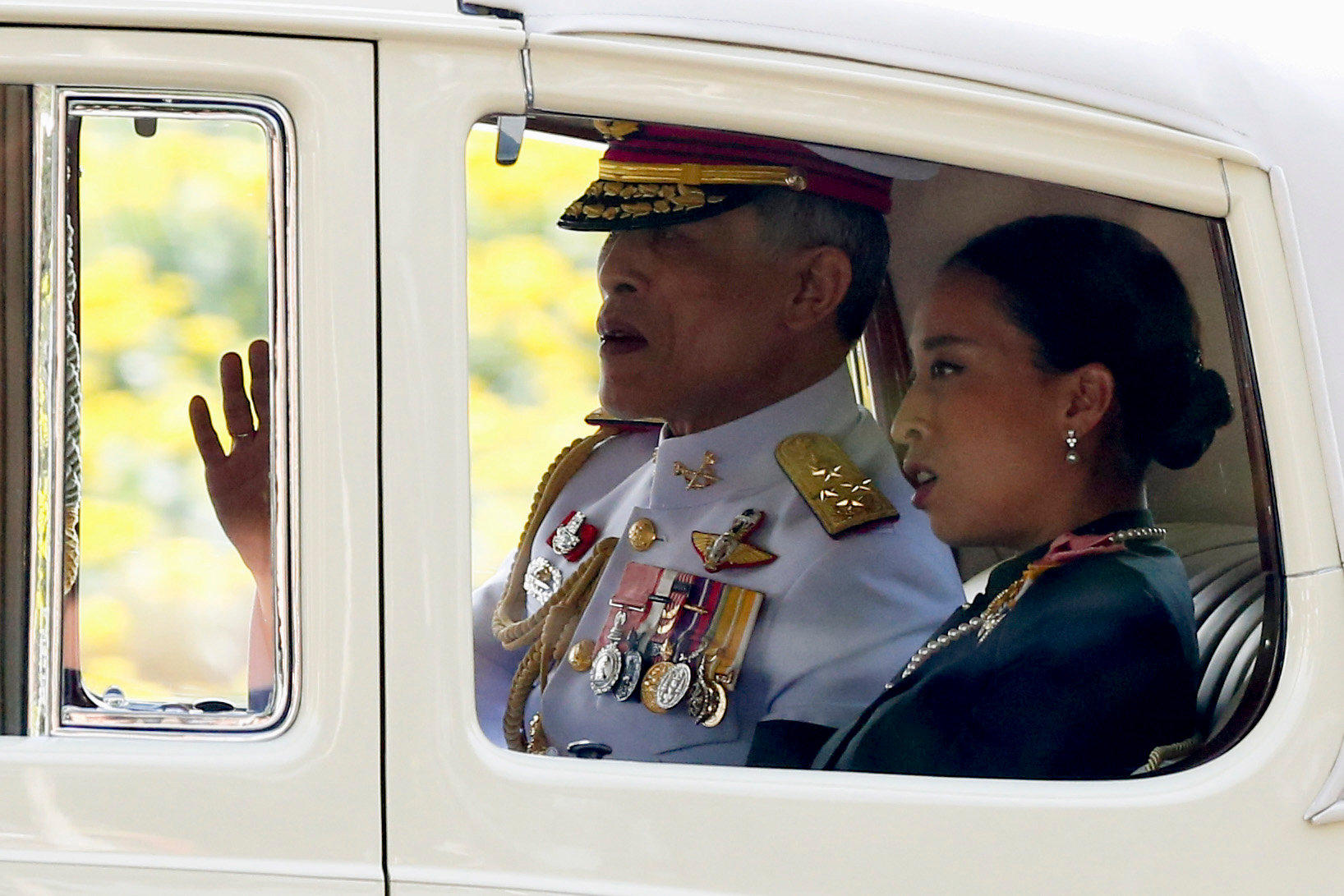 BANGKOK -- Thailand’s new king on Friday carried out his first official duty, attending a solemn religious ceremony to honor his father and predecessor who died seven weeks ago.

King Maha Vajiralongkorn Bodindradebayavarangkun attended the Buddhist ceremony for the late King Bhumibol Adulyadej the morning after he was formally named the kingdom’s new monarch, the tenth in the 234-year-old Chakri dynasty.

Thailand has been in a state of national mourning since Bhumibol’s Oct. 13 death at age 88 after years of ill health, and public reaction to the installation of a new king has been muted.

Friday’s merit-making ceremony at Bangkok’s Grand Palace was one of many held around the nation to mark the 50th day since Bhumibol’s passing.

Vajiralongkorn, 64, faces the challenges of helping heal a nation fractured by a decade of sometimes violent political strife, and living up to his father’s reputation as a righteous, hardworking monarch dedicated to his country’s development.

The new king, with less intense interest in administration and a reputation as a playboy, does not command the same level of respect as Bhumibol. He has gone through divorces with three women who have borne him seven children, and in recent years has spent much of his time residing in Germany.

Although most Thais are devoted to the royal institution, it is hard to gauge how they feel privately about Vajiralongkorn because of harsh laws that mandate a prison term of three to 15 years for anyone found guilty of insulting the monarchy. But several spoke in street interviews about their optimism.

“No matter who the king is, I hope that he will unite Thai hearts,” said Saonuttaporn Guachim, a student at Chulalongkorn University.

The new king’s older sister, Princess Ubolratana Rajakanya, and former Prime Minister Thaksin Shinawatra were among those who posted congratulatory messages on their Instagram accounts, but there was much less commentary on social media on Vajiralongkorn’s ascension than there was when Bhumibol died.

A statement issued by U.S. Ambassador to Thailand Glyn Davies offered best wishes “for an auspicious and prosperous reign.”

“As with His Majesty’s late father, the beloved King Bhumibol Adulyadej, under His Majesty King Maha Vajiralongkorn Bodindradebayavarangkun we will continue to commit ourselves to deepen and strengthen the bonds between us, and foster ever-greater stability and prosperity for both our peoples,” he said.