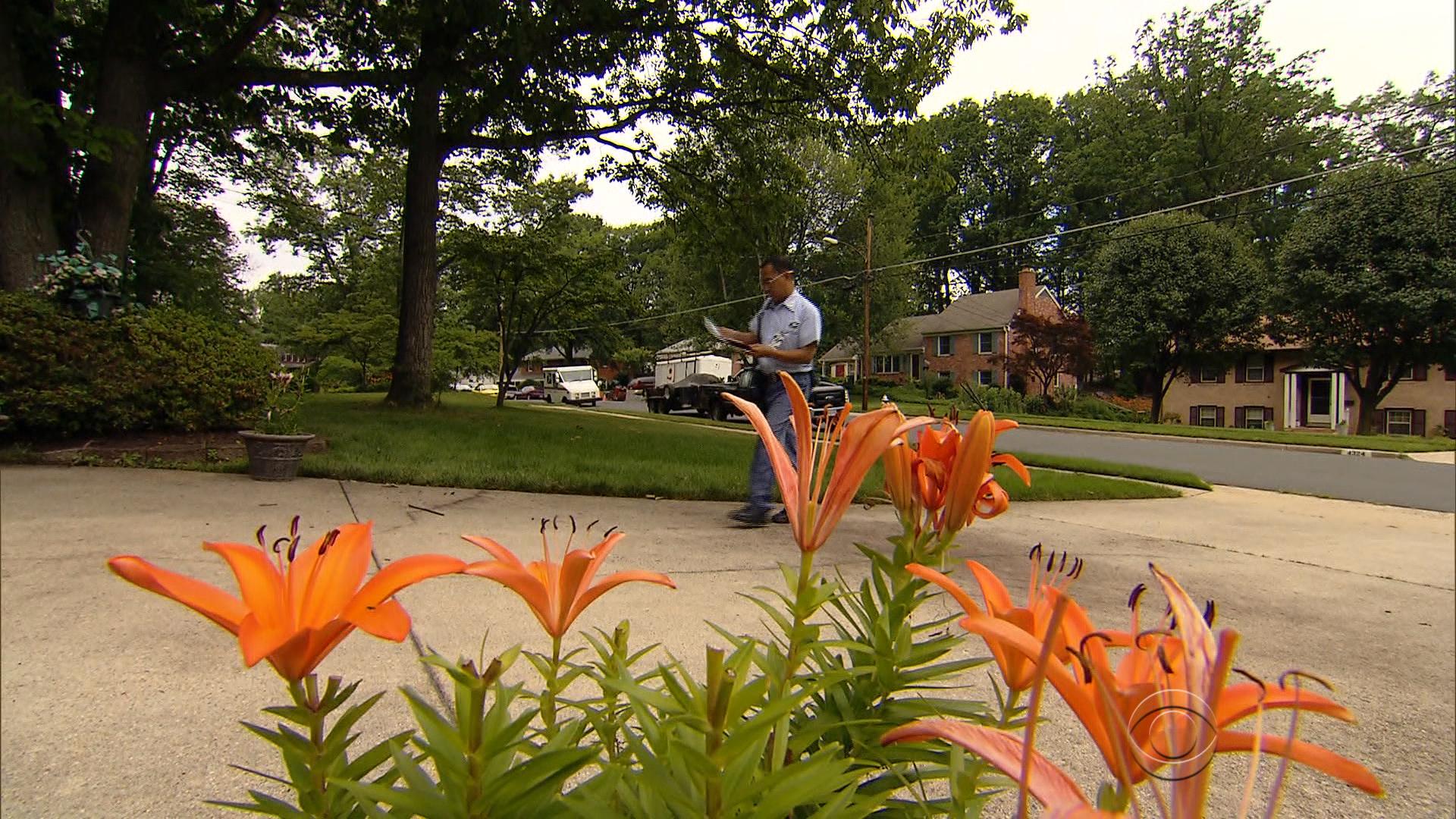 The unofficial U.S. postal creed says neither rain, nor sleet, nor heat, nor gloom of night will keep carriers from their rounds. Thieves and vicious dogs, however, may be another matter. So the Post Office is delivering a solution.

It was one of more than 400 assaults on postal workers nationwide in 2014, up nine percent in the past five years. That same year, dogs attacked carriers more than 5,700 times.

Virginia carrier Nilo Parin was one of them.

"The dog bit me right here," he said.

The Postal Service had given Parin no way to call for help -- until now.

The Postal Service is shipping all 230,000 carriers new mobile devices with a soon-to-be-activated "panic button." GPS transmits their location to their supervisors every minute.

Jeff Williamson is the chief of human resources for the Postal Service and gave CBS News the first public look at the devices, which will be rolled out by September.

The new devices also let supervisors warn carriers with alerts, like they did during the recent unrest in Baltimore.

"So when you think about the power of this, the safety element of what this allows us to do from a carrier standpoint is just incredible," Williamson said.

The devices also allow virtually real-time notifications when their package has arrived and more efficient routes to save time and fuel.

The Postal Service is spending $200 million on this. That's a lot of money, especially for an organization that lost $5 billion last year and wants to cut Saturday delivery. Can they afford it?

And for those who carry that mail, the new devices are delivering a sense of security.

Does it make Parin feel safer?