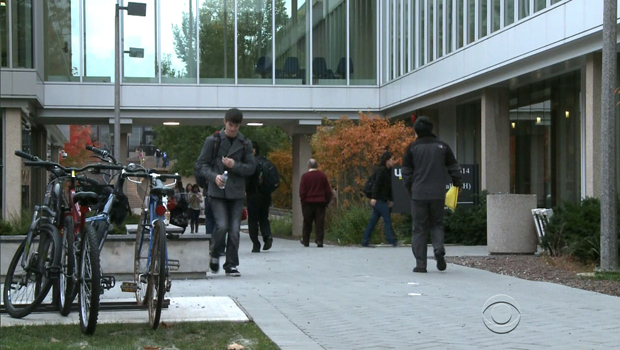 CLAREMONT, Calif. - Millions of high school seniors are waiting anxiously to hear if they’ve been accepted to college.

Most of them took the SAT or the ACT. But today, a new study questions whether these entrance exams are worth the trouble.

"At Pitzer, we basically did a study and what we found was there was no direct correlation between academic success on our campus and the SAT," said Angel Perez, the head of admissions.

That finding was at the core of a study at 33 colleges that do not require SAT or ACT test scores. It found there was virtually no difference in college preparation or graduations rates for students who submitted standardized scores and those who did not.

"The tests are largely a speed processing test," said William Hiss, the study's lead author."They're not an intelligence test, and there are many, many students who may be brilliant, may be very, very talented, but are not successfully measured by speed processing."

Just preparing students for the tests is a $2.4 billion industry.  Rob Franek, with the Princeton Review, one of the largest test prep companies, says all high schools are different.  Colleges need a way to tell the good from the bad.

"The SAT, the ACT and standardized tests in general for a long time have been providing that albeit in a flawed way in some case but it is that lever," Franek said.

Said Perez: "Last year 70 percent that we admitted to the freshman class did not submit test scores."