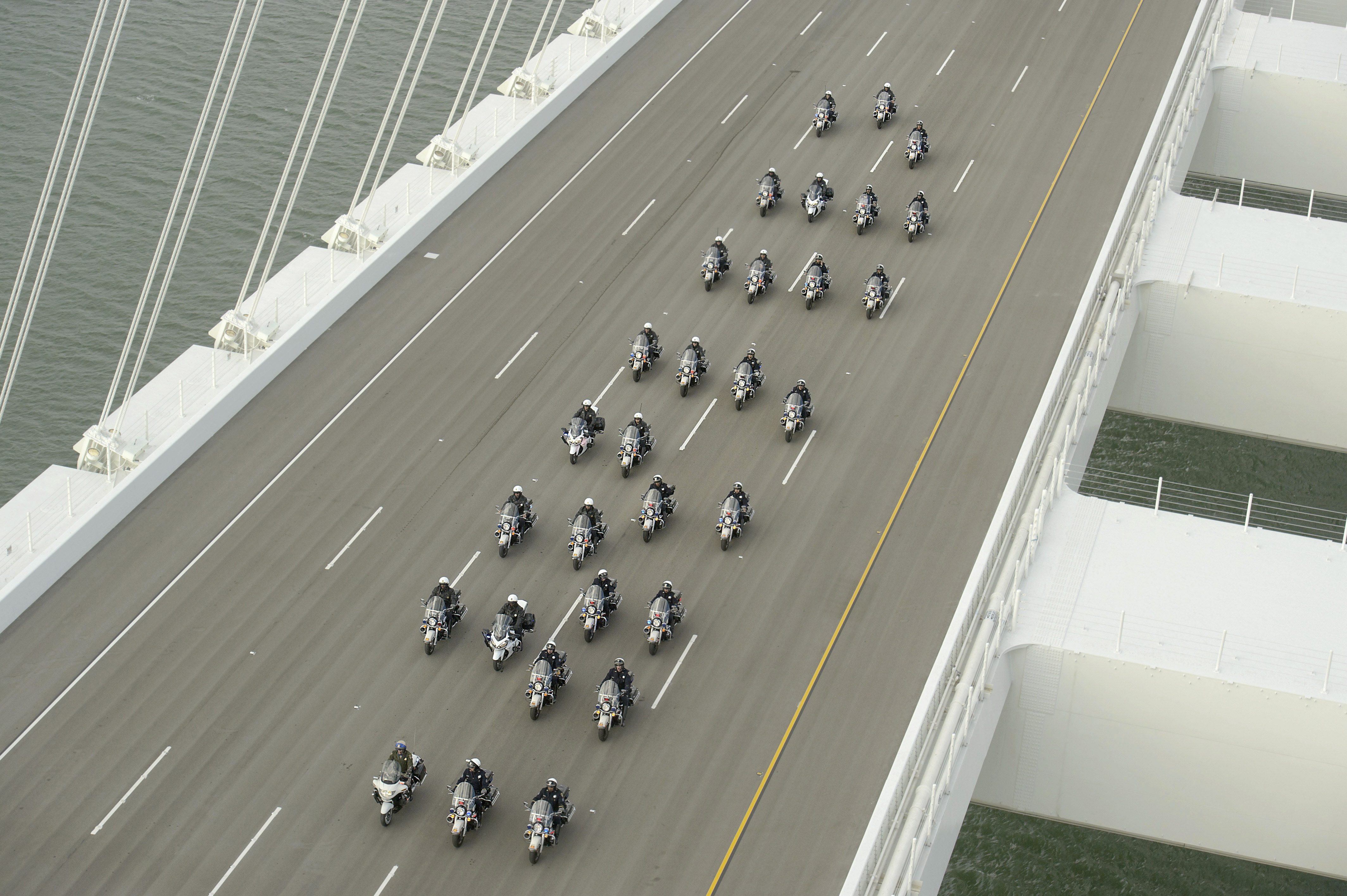 The gleaming white and newly built $6.4 billion eastern span of the San Francisco-Oakland Bay Bridge handled its first morning commute Tuesday with few problems other than the traffic snarls that were common around the old span.

California Highway Patrol Officer Sam Morgan said traffic heading into San Francisco on the bridge around noon was a little heavier than usual, possibly because of excitement about the new bridge.

"Some are making it a recreational event," Morgan said.

Officers have not encountered any instances of people pulling over on the roadway to take pictures of the span, Morgan said.

But Officer Daniel Hill told San Jose-based KNTV-TV that some drivers were warned or cited for taking photos and cellphone video while driving. He did not have exact numbers.

One person also received a warning for driving and taking pictures on the closed section of the old bridge, Morgan said.

"While everybody is excited about the new bridge, please remember it is still a roadway designed to get you from Point A to Point B," Morgan warned.

The new, self-anchored suspension span with its single looming white tower opened Monday night, hours after a low-key inaugural chain-cutting ceremony and after years of delays and cost overruns.

It replaces a structure that was damaged during the 1989 Loma Prieta earthquake, which struck as millions tuned in to watch Game 3 of the "Bay Bridge World Series" between the Oakland Athletics and San Francisco Giants. The replacement span is designed to withstand the strongest earthquake estimated by seismologists to occur at the site over a 1,500-year period.

Meanwhile, the new bridge's bike and pedestrian path opened Tuesday, although it does not yet run the full length of the new span.

Oakland Mayor Jean Quan predicted the path itself would become a local attraction.

"Just enjoying that will become an experience that people all over the Bay Area, and probably all over the world, are going to want to have," she said during remarks at the opening.