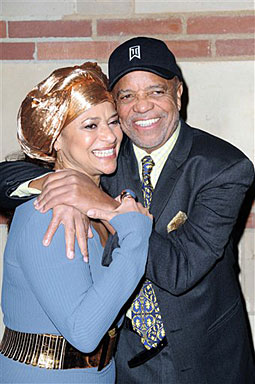 President Bush received preferential treatment in gaining entry to the National Guard during the Vietnam War and did not meet standards during his service period, a CBS News interview and newly released documents suggest.

In an interview broadcast Wednesday, former Texas House Speaker and Lt. Gov. Ben Barnes told CBS News Anchor Dan Rather that in 1968, at the request of a Houston businessman friendly with the Bush family, he helped arrange to get George W. Bush into the Texas National Guard.

Having graduated from Yale near the height of the U.S. presence in Vietnam, Mr. Bush could have been drafted. Enlistment in the Guard reduced the chances of being sent overseas.

Barnes, then the 29-year-old speaker of the Texas House, claims he was contacted by the late oilman Sid Adger, a friend to both Barnes and then-Congressman George Bush.

"It's been a long time ago, but he said basically would I help young George Bush get in the Air National Guard," says Barnes, who then contacted his longtime friend Gen. James Rose, the head of Texas' Air National Guard.

"I was a young ambitious politician doing what I thought was acceptable," says Barnes. "It was important to make friends. And I recommended a lot of people for the National Guard during the Vietnam era - as speaker of the house and as lieutenant governor."

"I would describe it as preferential treatment. There were hundreds of names on the list of people wanting to get into the Air National Guard or the Army National Guard," says Barnes.

The White House ascribed Barnes' remarks to political motives. Barnes is an adviser to Democratic presidential nominee Sen. John Kerry. A decorated Vietnam combat veteran, Kerry recently has faced questions over his record as a Navy officer and an anti-war protester.

"I chalk it up to the politics they play down in Texas. I've been there. I've seen how it works. But the bottom line is that there's no truth to this," the president's communication director, Dan Bartlett, told Senior White House Correspondent John Roberts.

The president's service record emerged as an issue during the 2000 race and again this winter.

In May 1968, Mr. Bush signed a six-year commitment to fly for the Air Guard. The questions about his service center on how Mr. Bush got into the Guard and whether he fulfilled his duties during a period from mid-1972 to mid-1973, during which Mr. Bush transferred to an Alabama unit because he was working on a campaign there.

Earlier in his military career, Mr. Bush received glowing evaluations from his squadron commander, Col. Jerry Killian. Documents released this week show Mr. Bush with scores of 88 on an airmanship test, 98 on aviation physiology and 100 on navigational abilities.

Killian called Lt. Bush "an exceptionally fine young officer and pilot" who "performed in an outstanding manner." That is part of the public record.

But previously unseen documents from Killian's personal file obtained by 60 Minutes include a memorandum from May 1972, where Killian writes that Lt. Bush called him to talk about "how he can get out of coming to drill from now through November."

Lt. Bush tells his commander "he is working on a campaign in Alabama…. and may not have time to take his physical." Killian adds that he thinks Lt. Bush has gone over his head, and is "talking to someone upstairs."

One of the Killian memos is an official order to Mr. Bush to report for a physical. The president never carried out the order.

In an Aug. 1, 1972 memo, Killian wrote, "On this date I ordered that 1st Lt. Bush be suspended from flight status due to failure to perform to USAF/TexANG standards and failure to meet annual physical examination ... as ordered."

The same memo notes that Mr. Bush was trying to transfer to non-flying status out of state and recommends that the Texas unit fill his flying slot "with a more seasoned pilot from the list of qualified Vietnam pilots that have rotated."

And in a memo from Aug. 18, 1973, Killian says Col. Buck Staudt, the man in charge of the Texas Air National Guard, is putting on pressure to "sugar coat" the evaluation of Lt. Bush.

The memo continues, with Killian saying, "I'm having trouble running interference and doing my job."

The authenticity of at least one of the memos was questioned Thursday by the son of the late officer who reportedly wrote the memos.

"I am upset because I think it is a mixture of truth and fiction here," said Gary Killian, son of Lt. Col. Jerry Killian.

Gary Killian, who served in the Guard with his father and retired as a captain in 1991, said one of the memos, signed by his father, appeared legitimate. But he doubted his father would have written another, unsigned memo which said there was pressure to "sugar coat" Bush's performance review.

"It just wouldn't happen," he said. "The only thing that can happen when you keep secret files like that are bad things. ... No officer in his right mind would write a memo like that."

CBS stood by its reporting. "As is standard practice at CBS News, the documents in the 60 Minutes report were thoroughly examined and their authenticity vouched for by independent experts," CBS News said in a statement. "As importantly, 60 Minutes also interviewed close associates of Colonel Jerry Killian. They confirm that the documents reflect his opinions and actions at the time."

Staudt, a longtime supporter of the Bush family, would not speak to CBS News.

Killian died in 1984. 60 Minutes consulted a handwriting analyst and document expert who believes the material is authentic.

Asked about Killian's statement in a memo about the military's investment in Mr. Bush, Bartlett told CBS News: "For anybody to try to interpret or presume they know what somebody who is now dead was thinking in any of these memos, I think is very difficult to do."

Bartlett also said Mr. Bush's superiors granted permission to train in Alabama in a non-flying status and that "many of the documents you have here affirm just that."

In another revelation, the Boston Globe this week reported that Mr. Bush promised to sign up with a Boston-area Guard unit when he left his Texas unit in 1973 to attend Harvard Business School. Mr. Bush never signed up with a Boston unit.

Bartlett claimed in 1999 that Mr. Bush had joined a Boston unit. Bartlett told the Globe this week that he "misspoke."

Facing poll numbers showing that attacks on Kerry's war record have damaged his candidacy, Democrats were quick to seize on the new questions about Mr. Bush's time in uniform.

Democratic Party chairman Terry McAuliffe said, "George W. Bush needs to answer why he regularly misled the American people about his time in the Guard and who applied political pressure on his behalf to have his performance reviews 'sugarcoated.'"

Meanwhile, a group called Texans for Truth unleashed an ad Wednesday charging President Bush was AWOL from the Alabama National Guard in the summer of 1972.