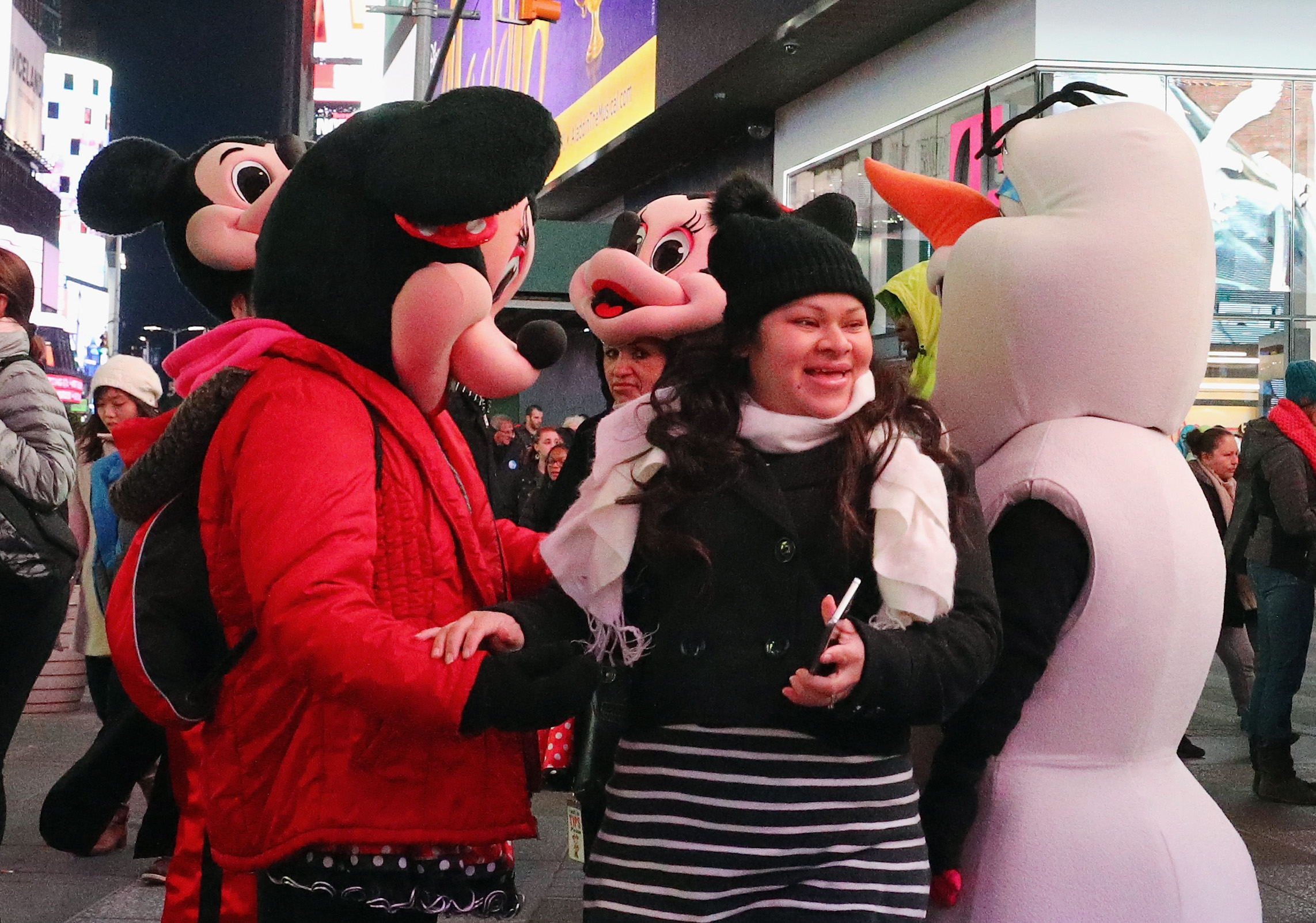 NEW YORK -- Spider-Man, Elmo and the Statue of Liberty will just have to be on their best behavior.

After fielding complaints for years about aggressive costumed characters pressuring tourists for tips, Mayor Bill de Blasio signed a bill Thursday to regulate where and how they operate in Times Square and to curtail any aggressive behavior.

CBS New York reported the move came after numerous complaints from pedestrians about aggressive panhandling, fights over tips and even arrests.

In the most recent incident, a man in a Spider-Man costume was accused of fighting with a tourist over a tip last month and was arrested on an assault charge.

Other incidents included a Spider-Man allegedly punching a police officer, an Elmo being arrested for allegedly harassing people and yelling anti-Semitic slurs and a "Toy Story" Woody allegedly groping women.

The new law allows city officials to restrict the characters' movements and keep them from blocking pedestrians in traffic-free parts of the square, which draws 39 million visitors from around the world each year in addition to millions of New Yorkers.

"It encapsulates New York's energy, it's scale, it's diversity, it's quirkiness, and in a good way I think it's craziness," Johnson said.

Manhattan Borough President Gale Brewer said the atmosphere in Times Square ranges "between fun and frightening," depending on the various characters' behavior. She said the aim now is "to bring order to the chaos, a good chaos -- but chaos that threatens Times Square."

The legislation also gives the city Department of Transportation control over pedestrian plazas throughout the city. That includes people's conduct, litter and traffic flow.

At one of the City Council hearings leading up to the vote, Keith Albahae, who works as the Joker, said the new rules are "not right."

"We provide an immense entertainment," he said. "The only people who are upset basically are people who want free pictures. Nobody forces you to take pictures, and if somebody does, then that's on them."

But critics point to past attacks on visitors, including children. One Spider-Man was accused of punching a police officer for telling a woman she didn't have to pay.

Along with the police department, the Broadway community and neighborhood businesses, they're all working to nail down details of the new plans for Times Square before the summer crowds descend.