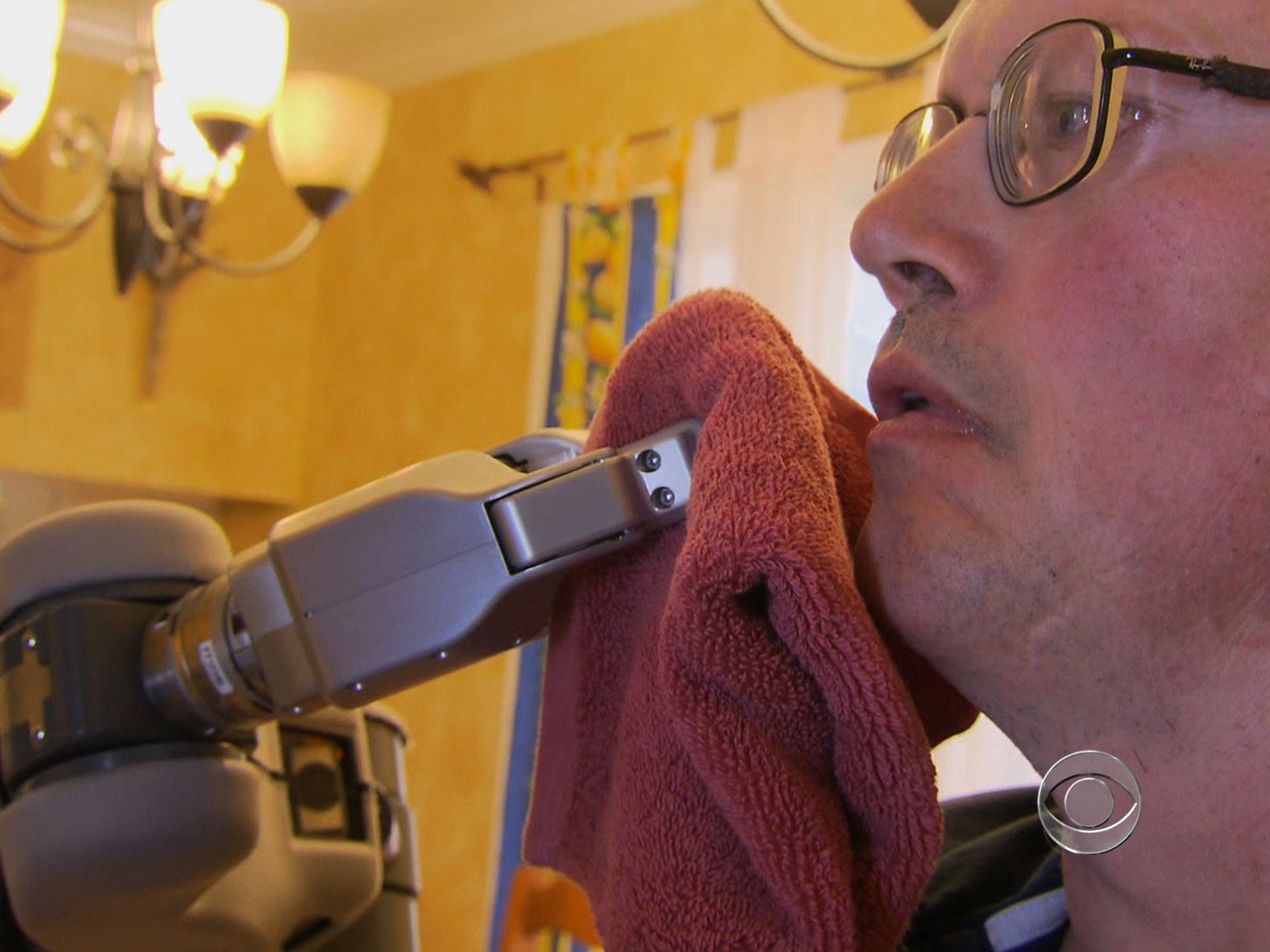 (CBS News) There's a group of scientists who want you to forget the big clunky robots in the science fiction movies of old. Instead, say hello to the updated model: A robot designed to help people who need help the most.

In a lab deep in the Silicon Valley, robots are being programmed to do household chores like folding laundry, sorting socks and acting a little more human.

"I think robotic technology is awesome!" exclaimed Leila Takayama, who works at Willow Garage, a company that designs and tests personal robots, making them less intimidating.

They're also making them more practical, but it's not housework that's placing these robots on the cutting edge. It's what they've done for people like Henry Evans, who at the age of 40 suffered a severe stroke. It left him a quadriplegic, able to understand, unable to speak.

"I didn't know what was going to happen. I didn't know. He was literally trapped in his body," said Henry's wife, Jane Evans.

Evans recently became one of the first to test a personal robot, named "Jake", donated by Willow Garage to a team of scientists at Georgia Tech.

With eye movements and his limited use of one finger, Henry Evans can now program the robot to help him shave, help him scratch, and to get a towel. It all takes a lot of work, and time for Henry's clunky, 400-pound machine.

Charlie Kemp of Georgia Tech says there are important reasons why a robot is preferable to some disabled people than hiring a helper.

"It's the difference between asking someone to do it for you, versus doing it for yourself. People really want to do things for themselves. They want that independence," Kemp said.

For Henry, doing anything independently was once unthinkable.

"When you see the sense of satisfaction in his face, I mean, there's no words to describe it. It's amazing," Jane Evans said. "I love the robot! The robot has helped my husband emerge into this person that i never dreamed possible."

It's a technology opening up a world of endless possibilities.

Tracking severe weather in the South