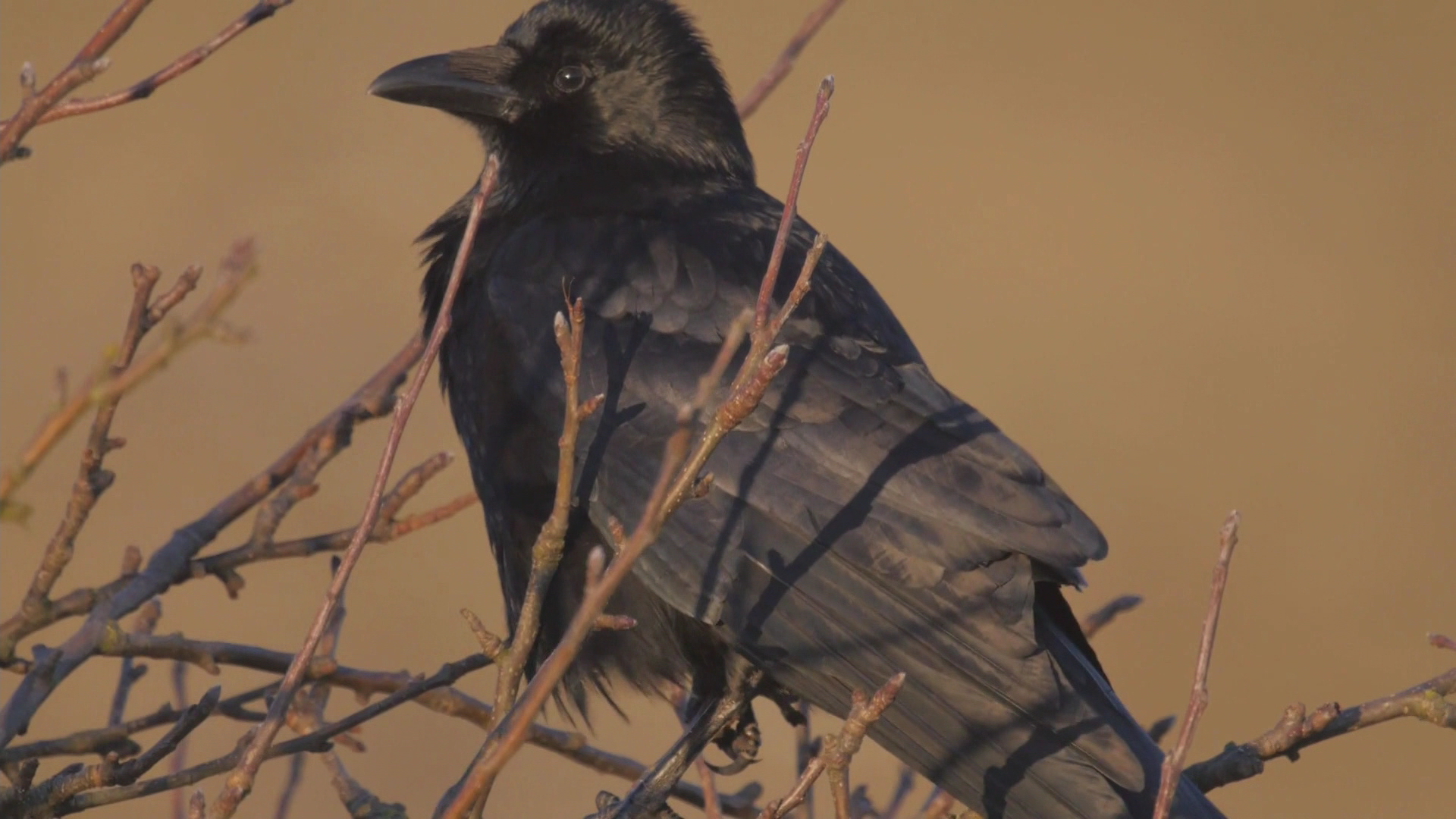 More than 30 million crows fly around the U.S., but the black birds may be among the least understood animals in the country. Now, new research is providing insight into their soaring intelligence and surprising warmth, reports CBS News correspondent Ben Tracy.

Crows have always been a bit creepy. It probably doesn't help that a group of them is not-so-sweetly referred to as a "murder," or that films such as Alfred Hitchcock's "The Birds" turned them into attempted murderers.

Professor John Marzluff studies urban birds at the University of Washington's Aviation Conservation Lab, and he says forget the notion of dark and scary -- crows are actually smart and friendly.

A crow's brain is the size of a human thumb, huge relative to its body, putting their intelligence on par with primates and allowing them to solve complex problems. The PBS series "Nature" showed an experiment where a crow figured out how to use a small stick to retrieve a larger stick and then use that to retrieve a piece of food that was well out of reach.

Marzluff and his team conduct research with masks, wearing them on campus and recording what kind of sounds the crows make. They discovered crows recognize and remember individual faces. By sedating the birds and putting them through a PET scan, they found different areas of a crow's brain light up when they see a person they perceive as friendly or threatening.

"They recognize individual people that are important to them and when somebody does something dangerous, they mark that person, remember that person, as far as I can tell, for their life," Marzluff said.

Crows in 8-year-old Gabi Mann's Seattle, Washington, backyard seem to remember her for a good reason; she and her mom Lisa feed them.

Gabi said she thinks the crows are very smart.

"They actually ran these tests to see if a crow was as smart as a 7-year-old," she said.

Turns out, they are; smart enough, it appears, to keep a good thing going.

Gabi has a carefully cataloged collection of more than 70 trinkets her neighborhood crows have left on her bird feeder, including earrings, a heart and a "best friend" charm.

Gabi said she thinks they're trying to tell her she's their friend.

Marzluff said more likely they are telling her to keep the food coming. He wrote an entire book called "Gifts of the Crow." He said the behavior is part of a courtship with humans. Crows and their relatives, ravens and magpies, have been known to form close bonds with people.

When the birds first starting bringing her those gifts, Gabi had a good feeling that if she gave them more, they might be inclined to return the favor.