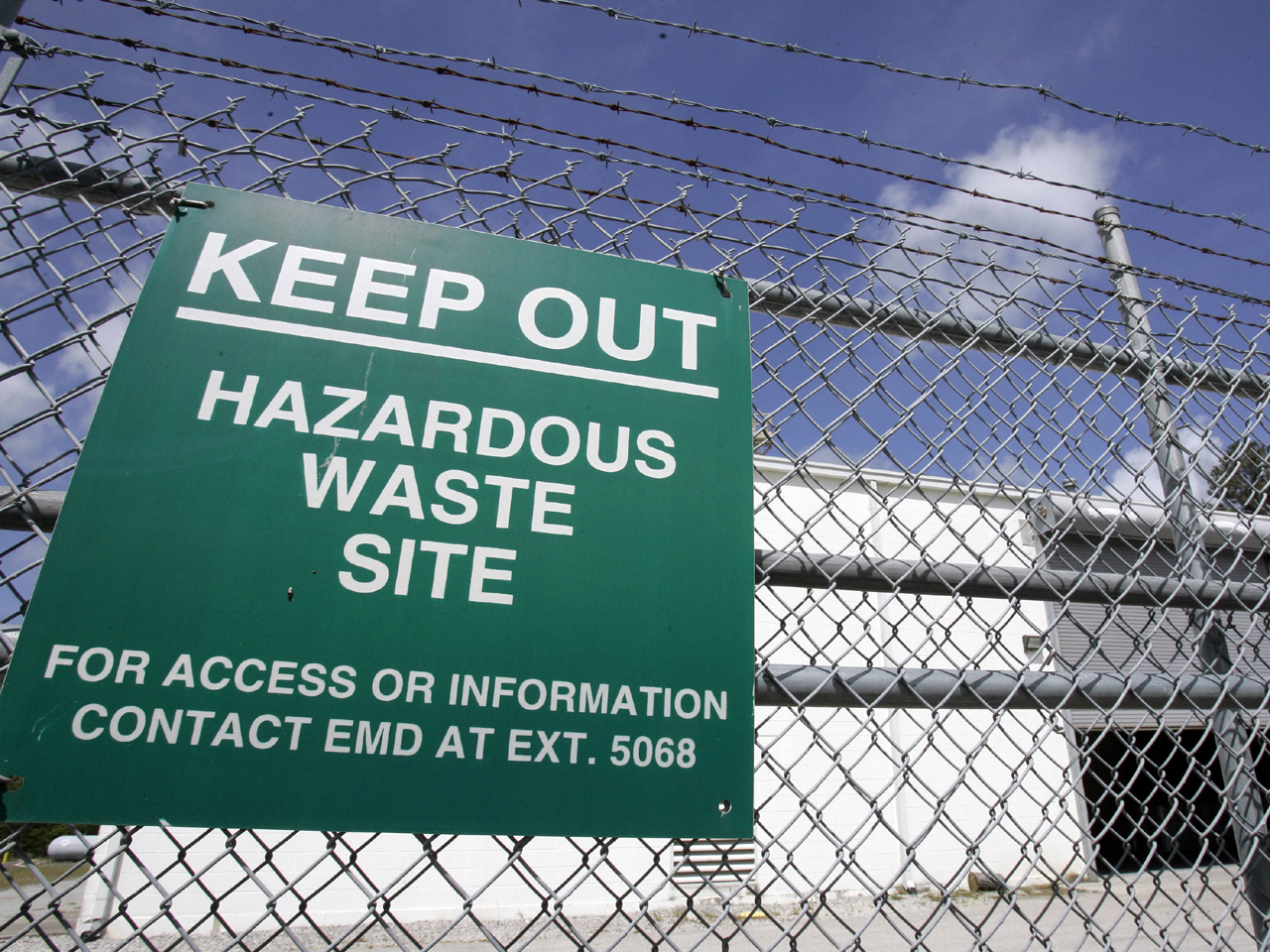 The Agency for Toxic Substances and Disease Registry plans to release a report Friday on the contamination that has led to a long-running dispute between former residents and the Marines Corps.

TCE, an industrial solvent now known as a human carcinogen, likely first exceeded the maximum contaminant level in August 1953, but evidence shows its presence in the water supply might date as far back as November 1948, the report states. A copy of the report was obtained Thursday by The Associated Press.

"Basically, it's vindication and confirmation for what I've been saying for nearly 16 years," said retired Marine Master Sgt. Jerry Ensminger, a leader in a protracted fight for information about the contamination. "The truth is finally coming out."

Wells at the base were contaminated by fuel leaks and other sources of pollution before being closed three decades ago. Health officials have said they think as many as 1 million people may have been exposed to tainted water. Tests done in the early 1980s showed that water at a base treatment plant was "highly contaminated" with chlorinated hydrocarbons.

The federal agency had initially set 1953 as the date for the earliest known contamination in a letter written in January to the Department of Veterans Affairs. In that letter, the agency said computer modeling showed drinking water in the residential area called Hadnot Point was unsafe for human consumption as far back as that year.

This week, Sen. Richard Burr filed to extend coverage back to 1953.

The report lays out levels at the Hadnot Point and Holcomb Boulevard water treatment plants on base for various contaminants, including TCE, PCE, vinyl chloride and benzene. All those chemicals are classified as causing or probably causing cancer. It also includes one other chemical that's not carcinogenic.

The Hadnot plant opened in 1942 and the second plant in the early 70s.

Until the summer of 1972, the Hadnot treatment plant supplied all finished water distributed to bachelor and family housing units, the report says. It noted that the Holcomb Boulevard plant came online that year and its finished water wasn't contaminated except when it received water transfers from Hadnot Point.

Marine Corps Spokeswoman Capt. Kendra Motz said Thursday that tests called for in Navy documents from the 1960s through the 1980s would not have detected chemicals such as TCE and PCE. The Navy instructions did not address such chlorinated hydrocarbon solvents until the Environmental Protection Agency began to regulate them in the late 1980s, she added.

The estimated monthly contamination gives researchers the information they need to do human health studies. The agency is working on four studies expected to be released this year and next year: birth defects and childhood cancer; health survey of Marine Corps personnel and civilians; male breast cancer and mortality.