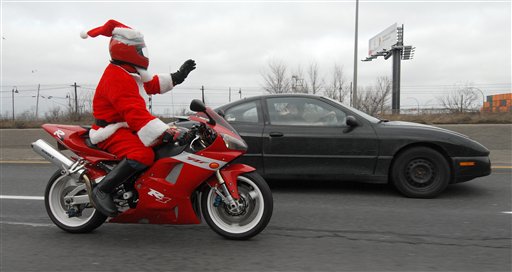 Regulators announced new measures Thursday to improve detection of potential securities law violations by companies that try to deceive the public about the status of federal scrutiny of their products.

Two federal agencies, the Food and Drug Administration and the Securities and Exchange Commission, outlined steps they are taking "to enhance the public's protection against false and misleading information."

The plan is meant to improve the sharing of information in cases where drug companies or other businesses regulated by the FDA spread false or misleading statements about a product's reviews by the FDA, agency officials said.

The reviews can have a powerful impact on stock prices of companies seeking approval for products.

"When companies misrepresent the status of the FDA's review of their products, investors can be harmed," said Stephen Cutler, the SEC's enforcement director. "We are eager to continue working with the FDA to aggressively address such situations and to enhance our already-productive relationship."

A 2002 congressional investigation of the ImClone case prompted scrutiny of the FDA's role and procedures for informing drug makers about the status of their applications for product approval.

ImClone Systems founder Sam Waksal has admitted selling his shares in late 2001 after he was tipped that the FDA report on the company's much-promoted cancer drug would be negative. Waksal was sentenced last June to seven years and three months in prison and ordered to pay more than $3 million.

Waksal's friend Martha Stewart, now on trial on charges of obstruction of justice and securities fraud, is accused of lying to investigators about why she sold her nearly 4,000 shares of ImClone around the same time. Prosecutors allege Stewart decided to sell her stock when she heard that Waksal was trying to sell. The domestic design tycoon has denied wrongdoing and insisted that she had a pre-existing agreement with her broker to sell the stock when it fell to $60 a share.

The case has raised questions about the responsibilities of FDA regulators who knew about the stock-moving report days before, but apparently had no procedure for restricting such information.

Based on a review of court documents and congressional testimony, and interviews by The Associated Press, a cancer specialist at the FDA told a Washington lawyer that ImClone would soon receive a letter rejecting its application to market Erbitux. Congressional investigators have said that call was an innocent mistake.