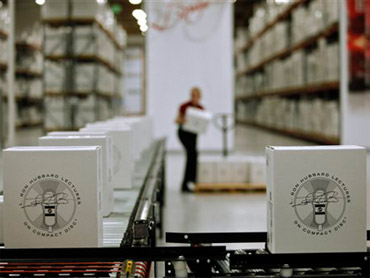 More than 1,000 unreleased recordings of lectures by L. Ron Hubbard and reams of corresponding writings have been unveiled in the culmination of a 25-year project to locate, restore and transcribe lost pieces of the Scientology founder's work.

Though sure to be derided by the church's many critics, its followers say the materials amount to an opportunity to deepen understanding of the religion and to release the last known unpublished Hubbard works dealing with Scientology and Dianetics.

"It would be like discovering that Buddha, unbeknownst to anybody, had sat down and wrote down the entirety of his discoveries and it could be verified that he wrote it," said Tommy Davis, the church's top spokesman.

The new materials were announced in a New Year's celebration at the Shrine Auditorium in Los Angeles that was broadcast to churches around the world last week and include 1,020 lectures and hundreds of corresponding booklets from courses and other sessions with Scientology ministers from 1953 to 1961. They include discussions of how Hubbard arrived at the principles of Dianetics and his research on everything from decision-making to personal responsibility.

They were recovered through a painstaking hunt that led members to find tapes and papers in a basement in Wichita, Kan., a storage trailer in Phoenix, and a garage in Oakland, Calif., among other places. Some of the materials were believed to have been lost.

"We've been able to restore lectures we literally never thought would be heard again," Davis said.

The release marks the third and final batch of Hubbard works to be distributed as part of the decades-long project initiated by Hubbard himself but carried out after his 1986 death by the church's current leader, David Miscavige. Releases in 2005 and 2007 included updated versions of 18 basic Scientology books to correct transcriptional errors, as well as hundreds of other lectures given by Hubbard.

"It's so huge for our religion having these materials. It's really a renaissance," said Davis. "It's as if it's a rediscovery of our own scriptures and what they hold and what they mean."

All the materials - contained on 970 compact discs and corresponding booklets in 57 binders - are being shipped out of a Los Angeles warehouse to Scientology churches worldwide. Unlike writings related to upper-level coursework, they are not considered confidential; they are available to those outside the church and members of all levels.

They're also available for sale to members for about $7,500, a price likely to raise some eyebrows, though the church insists no one will be denied access to the materials simply because they don't have the money.

Reading rooms at Scientology centers worldwide, and at its spiritual headquarters in Clearwater, are full of members poring over Hubbard's words, and the founder's quotes are frequently uttered by followers. The publication of Hubbard works, even if they contain just seemingly minor revisions, is of interest to the most devoted Scientologists.

"Scientologists are literalists, fundamentalists in the sense that they take Hubbard's writings as literally true," said David Bromley, a professor of religion and sociology at Virginia Commonwealth University who has written extensively about Scientology.

Founded in the 1950s by Hubbard, a prolific science fiction writer, Scientology teaches followers they are immortal spiritual beings, or thetans, who live on after death. The church says there is a supreme being but its practices do not include the worship of a god.

It has enjoyed worldwide growth and exposure unlike any other new religious movement, but has also been routinely called a cult in which members are scammed and abused. The church claims millions of followers in the U.S. and millions more internationally, though one respected count, the American Religion Identification Survey, reported the estimated number of Americans who identify as Scientologists plummeted from 55,000 in 2001 to 25,000 in 2008.