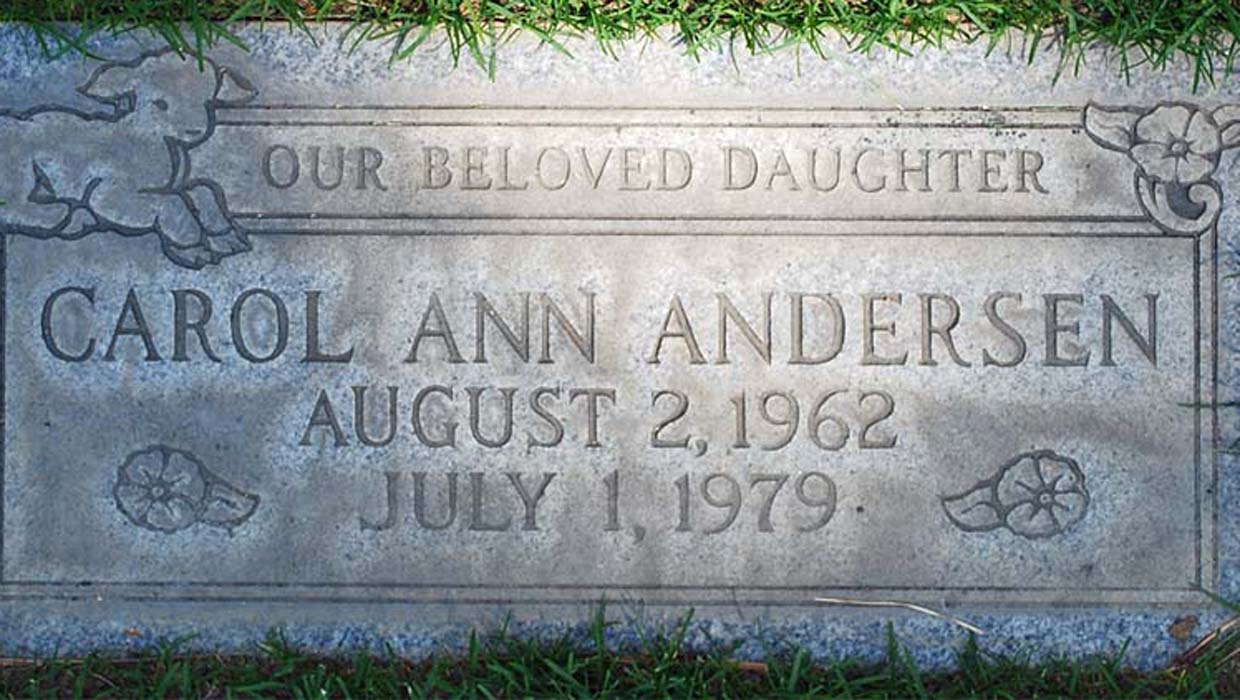 EL DORADO COUNTY, Calif. -- Investigators are making a new push to solve the murder of a Nevada teen found slain in South Lake Tahoe, Calif., in 1979, as a part of a video campaign highlighting cold cases.

Carol Andersen was going into her junior year at George Whittell High School in Zephyr Cove, Nev., the summer she was killed, near the state's border with northern California. Her sister Deanna Andersen told 48 Hours Crimesider the sixteen-year-old suffered from epilepsy, and their mother rarely let her leave home by herself. But on June 30, 1979, Deanna Andersen said Carol left to go to a party, though their mother had asked her not to go.

Carol Andersen's murder is among more than 60 cold case homicides in El Dorado County, Calif. that a special task force is aiming to solve. The task force was launched by county district attorney Vern Pierson in 2013, because the county of 180,000 has nearly double the amount of cold cases of many counties twice its size, according to the DA's office.

As a part of that effort to solicit tips from the public, the office is developing a series of videos focusing on each of the cases and releasing them monthly on their Facebook page. Crimesider is highlighting the videos and reporting on the cases.

Andersen's case was the most recent to be highlighted.

El Dorado County investigators believe that on the night of her death, Carol hung out with friends at Regan's Beach on the banks of Lake Tahoe, before catching a ride to the party on Regina Road, near the Heavenly Mountain Ski Resort. Later in the evening, several people offered her a ride home, but she turned them down, according to the El Dorado County District Attorney's Office.

Investigators say she left the party around 11:30 that night, but it's not clear whether she left on foot or got a ride. What happened next remains a mystery. Just a few hours later, in the early morning hours of July 1, 1979, Carol was discovered dead along the side of the road about four miles away. Investigators say she had been strangled.

Police don't know if she left the party that night with someone she knew, or if she was abducted by a stranger on her way home. Her family, however, is convinced she was targeted.

"She was so innocent," Deanna Andersen said. "She was just getting into the party scene."

The murder was devastating to her family, said Andersen, who was seven at the time. Their mother Delorse died about a year later, without knowing who killed her daughter. Though it's been decades since her sister's murder, Andersen is convinced that someone knows something, and she's asking anyone with information to come forward.

Anyone with information about Carol Andersen's murder is asked to call Chief Robert Cosley at (530) 903 8468 or email robert.cosley@edcgov.us