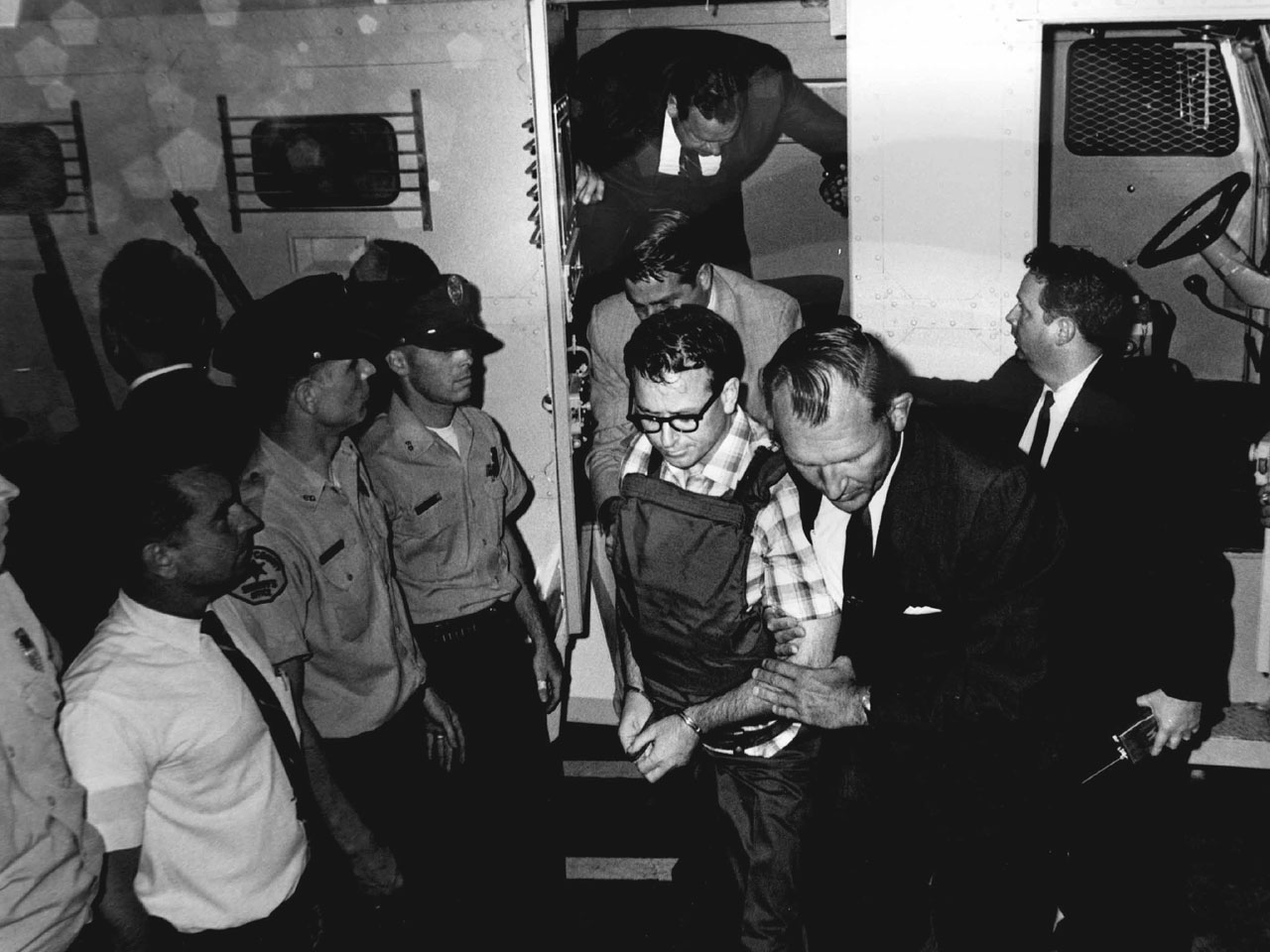 MEMPHIS, Tennessee - Long-forgotten photos that show James Earl Ray being brought to jail after his arrest for assassinating Martin Luther King Jr. were unveiled Wednesday to commemorate the 43rd anniversary of the civil rights leader's death.

Dozens of the striking black-and-white photos, along with letters Ray wrote from jail and other documents, were found in 2007 among old county records in a warehouse in east Memphis, Shelby County Register Tom Leatherwood said. A few photos were posted on The Commercial Appeal's website to accompany a story published Wednesday, and Leatherwood planned to make the rest available on a county website later in the day.

One of the photos shows Ray being patted down by an officer with his back to the camera and his arms spread out wide. Another shows the bespectacled Ray being led into the jail in handcuffs, wearing what appears to be a bullet-proof vest.

Leatherwood said the documents don't offer any startling new revelations about the assassination, but do provide a detailed snapshot of a pivotal moment in the country's civil rights history. Most were never seen by the public. Leatherwood tried for years to make them available, and the county attorney approved their release six weeks ago, he told The Associated Press.

Then-Shelby County Sheriff Bill Morris had the photos taken to document that Ray wasn't being mistreated when he was booked into the jail for the April 4, 1968, shooting death of King in Memphis. Ray was arrested about two months after the shooting.

Ray died in prison in 1998, but he had signed a document authorizing their release in the late 1970s, Leatherwood said.

"Of course, Dr. King is the perfect example of that," Leatherwood said.

The photos were taken by Memphis photographer Gil Michael, who was an employee of Memphis State University at the time. One picture showing Morris escorting Ray into the jail was given to the news media. The other photos were sealed, and the sheriff's office kept the negatives.

Letters Ray wrote to his lawyers and family from the Shelby County Jail, where he spent eight months before pleading guilty, also were part of the newly-seen documents. So are investigators' notes; a hand-drawn map of the Lorraine Motel where King was killed; and an article from Reader's Digest entitled "Greatest Manhunt in Law Enforcement History."

The archive also includes photos of Sirhan Sirhan, who assassinated Sen. Robert F. Kennedy. They were acquired by Morris in 1968 as he researched security techniques.

Morris said he didn't want Ray killed while he was sheriff.

"On April the 4th, 1968, our whole culture of life in Memphis changed," Morris told the newspaper. "Everything changed."