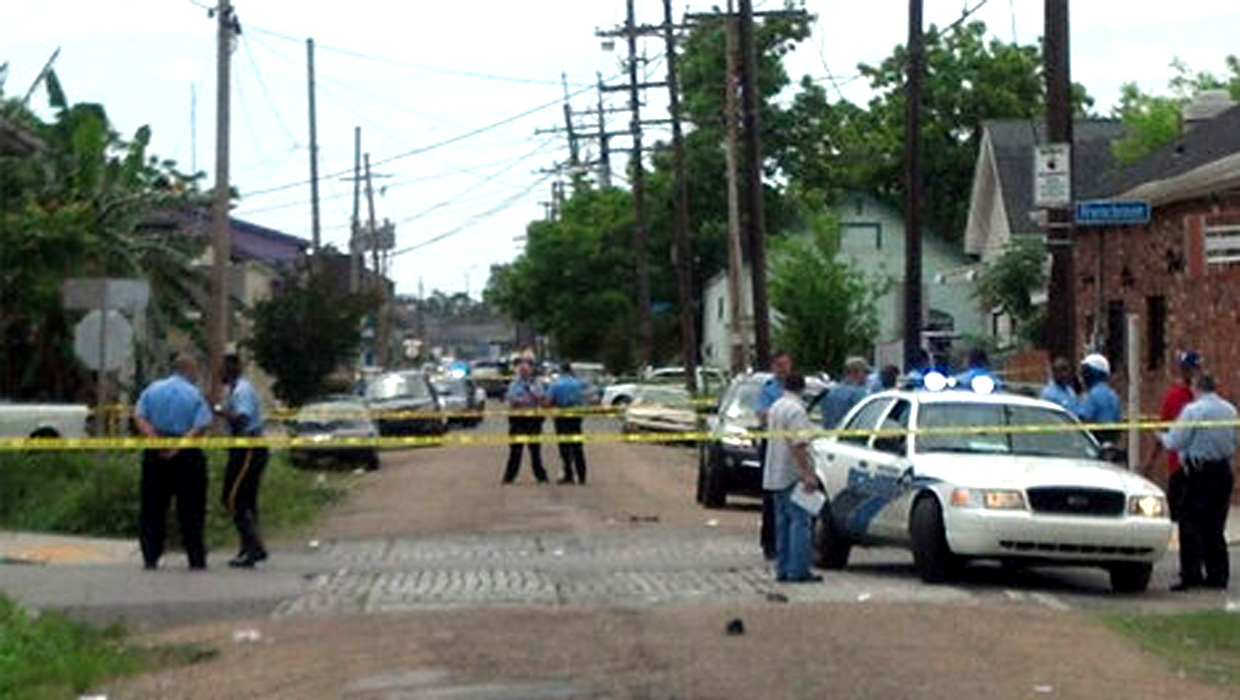 The grainy surveillance video shows a crowd suddenly scattering in all directions, with some falling to the ground. They appear to be running from a man who turns and runs out of the picture. The person is wearing a white T-shirt and dark pants. The image isn't clear but police say they hope someone will recognize him and notify investigators.

Still pictures of the suspect have been posted on YouTube, police said.

Police believe more than one gun was fired in the burst of Sunday afternoon violence - the latest to flare up around a New Orleans celebration this year - and they have vowed to swiftly track down those responsible. Detectives were conducting interviews, collecting any surveillance video they could find and gathering evidence from the scene.

Mobile phone video taken in the aftermath of the shooting shows victims lying on the ground, blood on the pavement and others bending over to comfort them. A witness told CBS affiliate WWLTV she was at home when she heard the gunshots, and then opened her door to find two bloodied men on her porch.

The woman, Bernadette Tyler, reportedly said she did her best to help the two victims until responders arrived.

"Me and my daughter did the best thing we can to revive them, and I think we helped save another life today," Tyler said, the station reports.

Police are searching for three suspects seen running away from the scene, CBS affiliate WWLTV reports.

Police also say the reward for information leading to arrests and indictments in the case is $10,000.

The shooting happened just before 2 p.m. at the corner of Frenchmen Street and North Villere, a neighborhood made famous by HBO's "Treme."

Ten men, seven women, a 10-year-old boy and a 10-year-old girl were injured, reports WWLTV. Most of the victims suffered non-life-threatening injuries, including the children, who reportedly suffered graze wounds and were in good condition Sunday.

Complete coverage of the New Orleans parade shooting on Crimesider