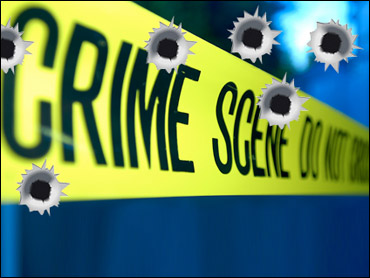 NEW ORLEANS (AP) - New Orleans police have vowed to swiftly track down the gunmen who wounded 19 people at a Mother's Day parade, the latest violence to hit a celebration in the southern U.S. city this year.

FBI spokeswoman Mary Beth Romig called the attack "street violence" and said federal investigators have no indication the shooting was an act of terrorism. New Orleans has one of the highest violent crime rates among U.S. cities.

Police said Monday that they had obtained video showing a possible suspect in the shooting. The surveillance video shows the crowd dispersing and some falling to the ground before one person in a white T-shirt and dark pants runs away from the crowd. The image of the man isn't clear but police say they hope someone will recognize him.

Police say they have posted still pictures of the suspect on YouTube. Police also say the reward for information leading to arrests and indictments in the case is $10,000.

The victims included 10 men, seven women, a boy and a girl, and at least three of the victims were seriously wounded, authorities said. Of the rest, many were grazed. The children, both 10 years old, were grazed and in good condition.

Detectives were conducting interviews and gathering evidence from where gunmen opened fire Sunday on the parade of hundreds of revelers. Mobile phone videos after the shooting showed victims lying on the ground, blood on the pavement and others bending down to comfort them.

It's not the first time gunfire has shattered a festive mood in New Orleans this year. Five people were wounded in January after a Martin Luther King Jr. Day parade, and four were wounded in a shooting in the famed French Quarter before Mardi Gras, a popular tourist destination.

"The specialness of the day doesn't appear to interrupt the relentless drumbeat of violence," Mayor Mitch Landrieu said at a news conference outside a hospital where victims were being treated Sunday night.

As many as 400 people came out for the second-line Mother's Day procession - a boisterous New Orleans tradition. Police saw three suspects running from the scene. No arrests had been made yet.

Outside the hospital Sunday night, Leonard Temple became teary as he talked about a friend who was in surgery after being shot three times during the parade. Temple was told the man was hit while trying to push his own daughter out of the way.

"People were just hanging out. We were just chilling. And this happened. Bad things always happen to good people," he said.

Second-line parades are loose processions in which people dance down the street, often following a brass band. They trace their origins to the city's famous jazz funerals.

The neighborhood where the shooting happened is a mix of low-income and middle-class row houses, some boarded up.

The crime scene was about 1.5 miles (2.5 kilometers) from the heart of the French Quarter and near the Treme neighborhood, the centerpiece for the HBO TV series "Treme."

Sunday's violence comes as New Orleans is struggling to pay the tens of millions of dollars required under a federal decree to reform the city's police department and the city jail.

(Copyright 2013 The Associated Press. All rights reserved. This material may not be published, broadcast, rewritten or redistributed.)