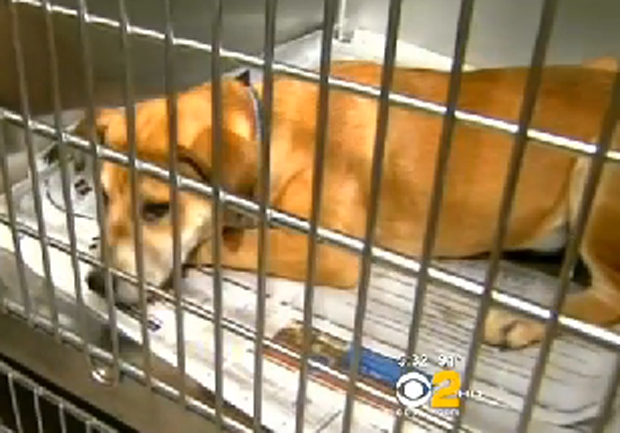 SAN BERNARDINO A new non-surgical procedure to sterilize male dogs is gaining attention in the Inland Empire, but some say it may not offer the same benefits as surgical neutering.

CBS Los Angeles reports that the Humane Society of San Bernardino is the first place to offer the procedure called "Zeutering." It provides chemical sterilization to male dogs by injecting the chemical Zeuterin into their reproductive organs.

"The reason that we started using it here at the Humane Society and offering it to clients is for those clients who like the cosmetic appearance of an intact male dog," said Dr. Amy Raines.

The procedure is non-invasive, according to Dr. Raines, and dogs are lightly sedated but do not require general anesthesia. The procedure costs about the same as surgical neutering.

But research shows the procedure is only 99 percent effective, and some vets say it doesn't help with the behavioral issues that surgical castration tends to tame.

"The dogs could still climb fences seeking out females in heat," said Dr. Allen Drusys of the Riverside County Dept. of Animal Services, who added that sexually-oriented aggression can still be found in some animals after the Zeuterin treatment.

Still, whether pet owners choose to neuter of "Zeuter" their pets, officials across the Inland Empire insist all pets should be sterilized to cut down on the number of stray animals on the streets.