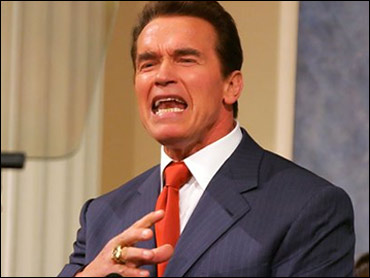 Antawn Jamison got North Carolina the lead and Ed Cota made sure it didn't get away.

Jamison scored 23 of his 35 points in the first half as the second-ranked Tar Heels took a 16-point halftime lead and Cota came up big down the stretch when No. 1 Duke closed within four points.

North Carolina won the showdown of the nation's top two teams 97-73 Thursday night, the sixth time in as many appearances it has won a 1 vs. 2 matchup.

The Tar Heels (23-1, 9-1 Atlantic Coast Conference) seemed to have things under control as Jamison went 9-of-11 from the field in the first half as they opened a 50-34 lead.

The last six points of the run came on a play when North Carolina's Makhtar Ndiaye fouled out and was charged with a technical for slamming the ball to the floor. The four free throws and Trajan Langdon's jumper on the ensuing possession had Duke right back in it.

Enter Cota, who finished with 12 points and 12 assists.

The sophomore point guard scored six points and had two assists on the next six possessions as the Tar Heels, looking almost as exhausted as the Blue Devils, started a 24-4 run to close the game, including the final 18 of the game.

The 1-2 matchup was yet another first for rookie North Carolina coach Bill Guthridge and Dean Smith couldn't have done much better.

It was the ninth North Carolina victory in the last 10 meetings with its biggest and closest rival, just 12 miles away, and it tied the teams at the top of the ACC standings.

The Tar Heels and Blue Devils will play again Feb. 28 at Duke in the final regular-season game for both teams.

Duke was trying to match the best start in school history and its best in the league since 1964.

It was the first time Duke trailed at halftime all season. The Blue Devils' average lead at the half had been 19.6 points.

Jamison, who entered the game averaging 22.3 points, finished 14-for-20 from the field, making him 49-for-69 in his five games against Duke, and also grabbed 11 rebounds. He scored 11 straight points for North Carolina in the first half as it turned a 37-31 lead into a 48-34 advantage.

Vince Carter and Shammond Williams each had 17 points for North Carolina.

Roshown McLeod and Chris Carrawell led Duke, which had won 11 straight since losing to Michigan, with 19 points each and Trajan Langdon had 12.

North Carolina's victory gave No. 2 teams a 13-19 record in 1 vs. 2 matchups and it was third straight for the lower ranked team, including North Carolina's 89-78 victory over Duke in Chapel Hill in 1994.

Written by Jim O' Connell AP Basketball Writer
©1998 The Associated Press. All Rights Reserved. This material may not be published, broadcast, rewritten, or redistributed