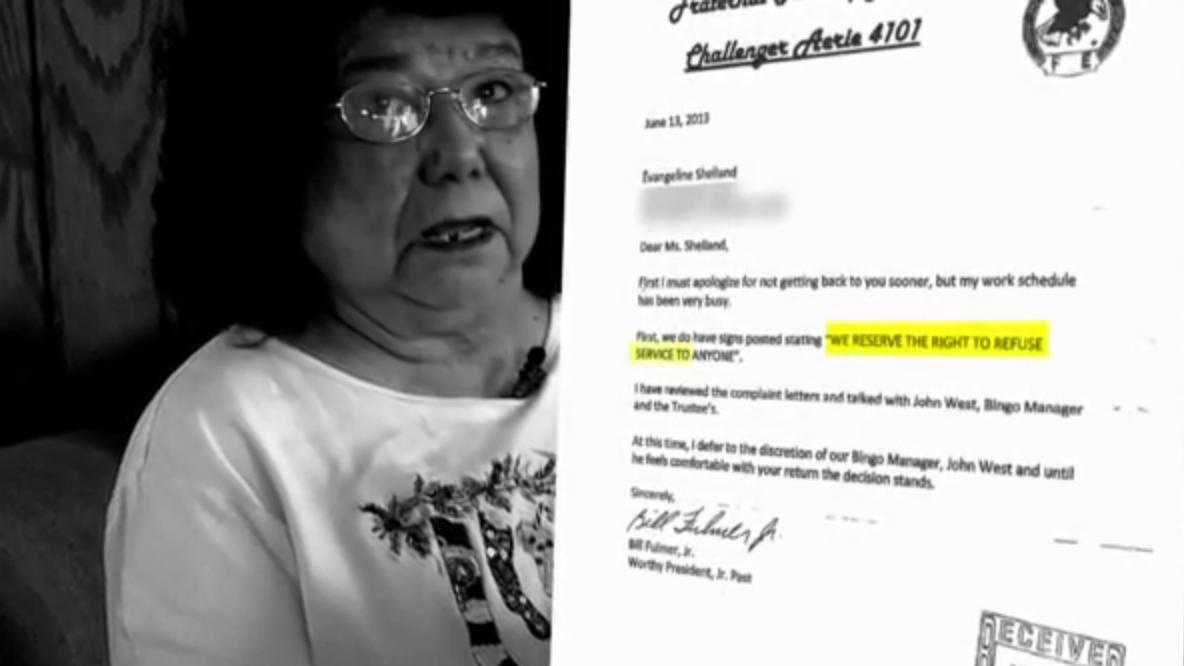 "I enjoy playing bingo, what is there else to do?" Evangeline Shelland said.

She played bingo at the Fraternal Order of Eagles club in Alamogordo nearly three decades.

But Shelland says that in January 2013, a supervisor told her she can no longer play, because the club received letters from people saying she had been driving erratically in the parking lot.

Shelland denies the accusation, and claims she's never been shown any evidence of wrong-doing.

"I was hurt of course, you know, I was hurt and I'm still hurt, because I don't think it's right," Shelland explained.

Since the ban, she's written letters to the club seeking answers, and received just one response, a letter stating: "We reserve the right to refuse service to anyone.

"While we sympathize with your desire to play bingo, we do not have any jurisdiction over this issue and are unable to force them to allow you on their premises," a representative from the Attorney General's Office told Shelland, according to KRQE.

Shelland said the supervisor who kicked her out no longer works at the Fraternal Order of Eagles, and she doesn't understand why, nearly two years later, she's still not allowed back in.

KRQE contacted the club, but a supervisor declined to comment.