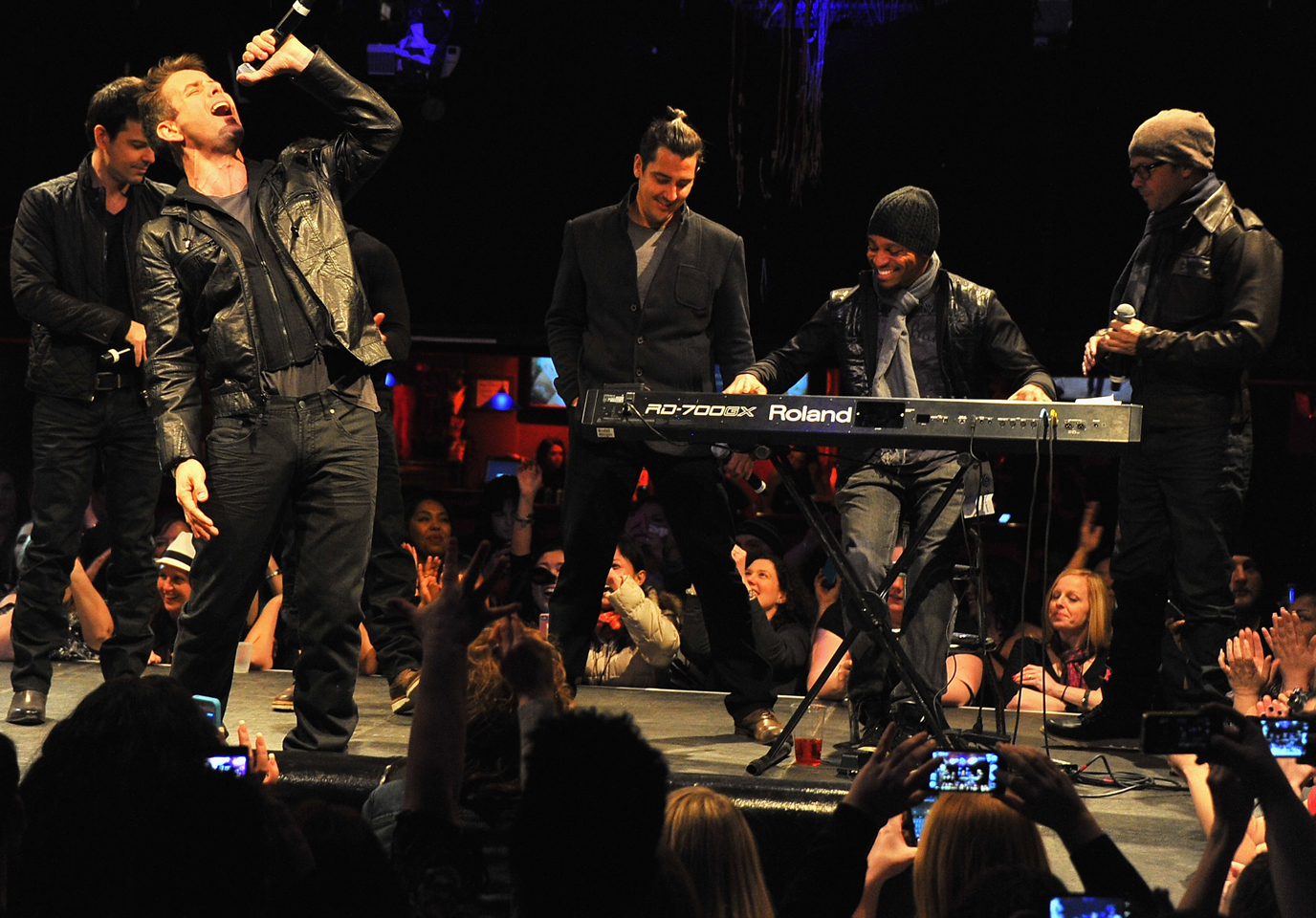 The New Kids on the Block must play well with others. The boy band went on tour in 2010 with the Backstreet Boys under the moniker NKOTBSB, and now they're getting ready for a new North American summer tour featuring fellow heartthrob acts 98 Degrees and Boyz II Men.

The outing, called "The Package Tour," kicks off May 31 and continues through July 13. Tickets go on sale to the general public on Feb. 2, but American Express cardholders can purchase their tickets beginning Friday.

CBSNews.com gained special backstage access to a recent preview performance by the three acts at New York's Irving Plaza. Each group performed two songs during the show, to the delight of the mostly-female audience.

During the event, we asked the three bands whether or not they'll do a song together. Watch the video at the top of this story for their answer.