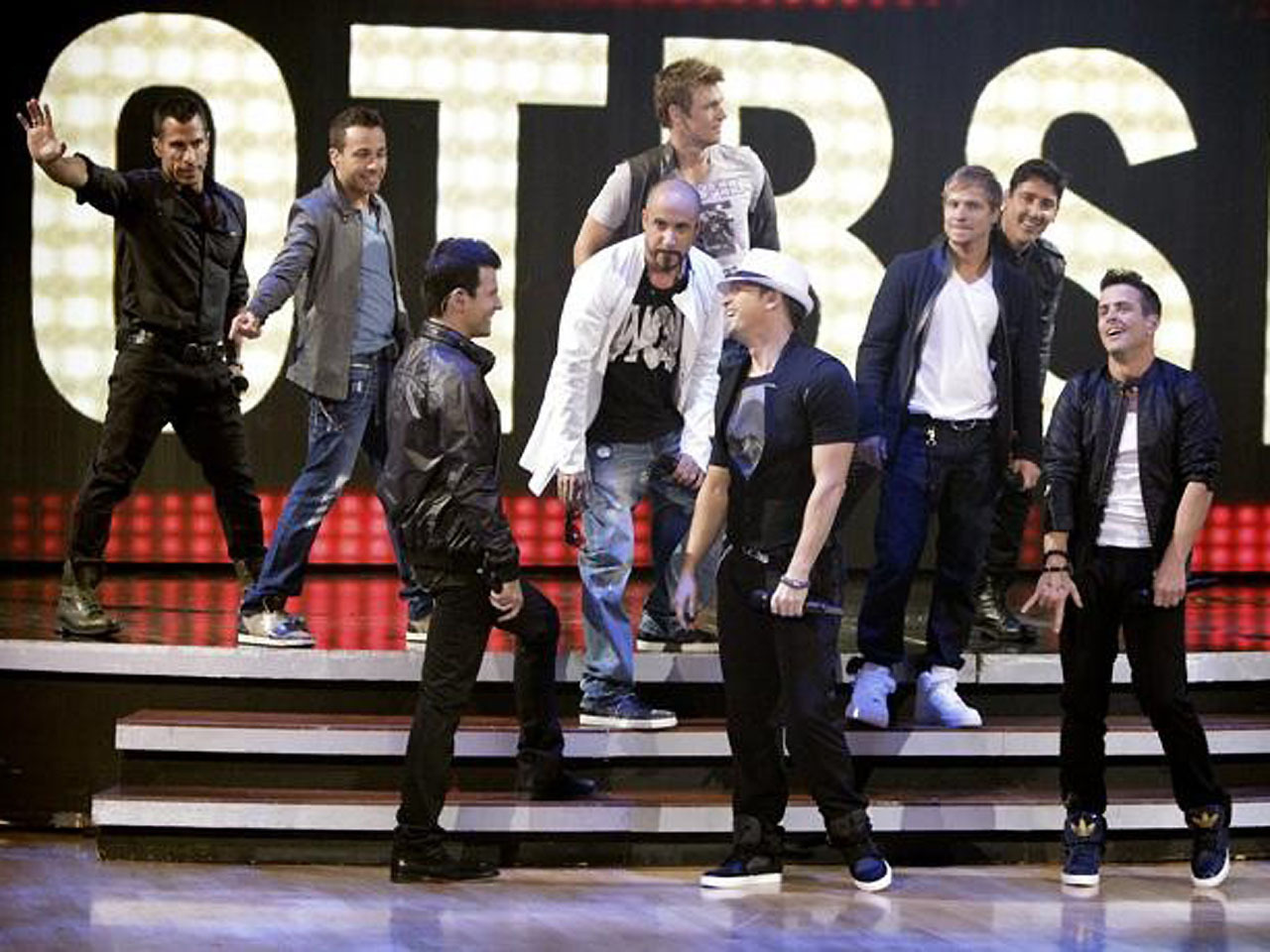 (CBS) The New Kids on the Block and the Backstreet Boys showed off their new boy band alliance by performing together on last night's "Dancing with the Stars" result show.

The two groups, together known as NKOTBSB, performed a medley of their hits, "Step By Step" and "I Want It That Way," along with their new joint single, "Don't Turn Out the Lights."

[Watch their performance below.]

NKOTBSB are set to hit the road together beginning May 25 for a show at the Allstate Arena in Illinois. The tour is slated to run through August 7 in Ontario.

Other highlights from Tuesday night's "DWTS" include a performance by "American Idol" castoff Pia Toscana, who is also rumored to be dating dancing pro Mark Ballas, and the eliminationof wrestler Chris Jericho.

Tell us: What did you think of the NKOTBSB performance?