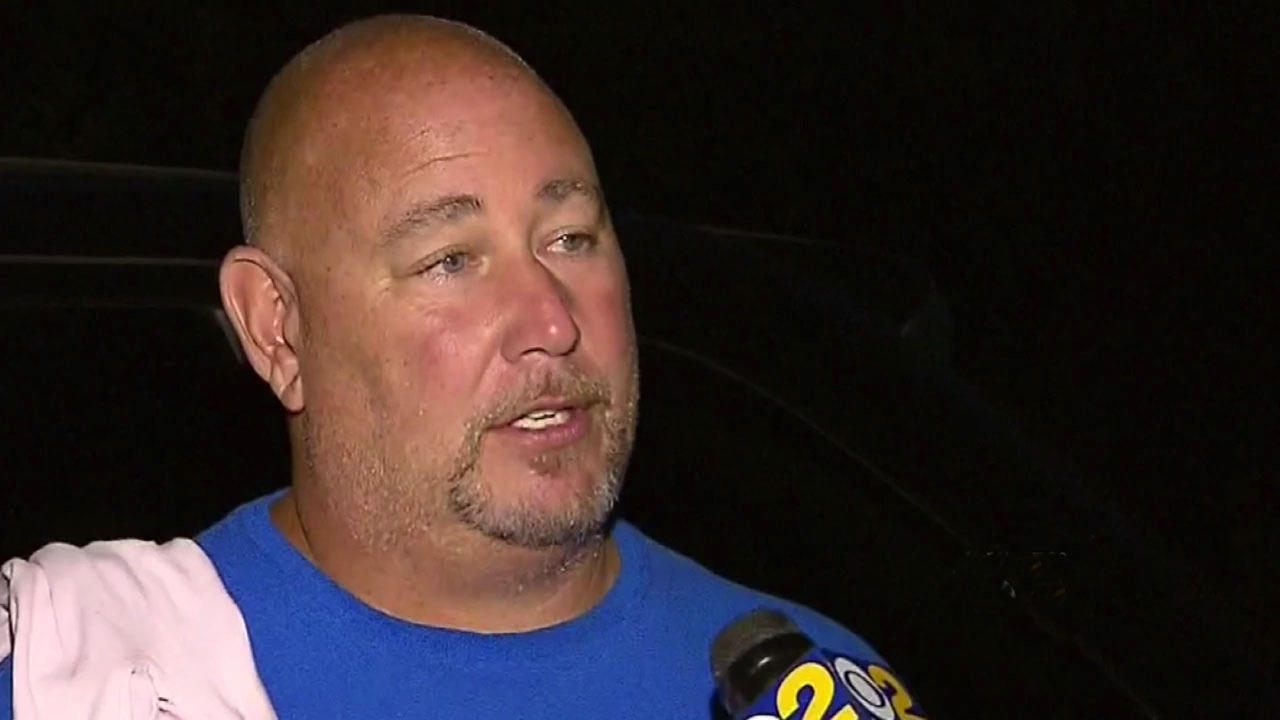 She’s OK thanks to the quick thinking of a former police officer.

The good Samaritan said he was in the right place at the right time.

“It was well over 120 degrees in that car,” Steve Eckel told the station. “Just think of what could have happened.”

Eckel was still holding a light pink onesie as he told the story of how he saved the baby who was wearing it.

“I do believe in guardian angels, and I think that I’m the one for this child,” Eckel said.

The retired Middlesex County Sheriff’s Office sergeant said it was his instincts as a father that kicked in when he and another good Samaritan saw the baby locked in a hot car by herself.

“She was sweating, crying,” he said. “Her hands were out in the car. She was screaming so loud you could see her eyes rolling back.”

In flip-flops, he raced back to his car, remembering that he had a sledgehammer in his trunk.

“I ran around to the other side, and then I caught the edge right here by the window, and it just shattered,” he said.

The baby was beet red and soaked through with sweat, but she was alive.

“I almost started to cry, I felt really emotional at that point,” he said.

Police said the mother was inside the store for about 40 minutes. When she came back outside and saw the broken window and empty car seat, she started to panic.

Police arrested 33-year-old Karen Gruen and charged her with endangering the welfare of a child.

“She should plead guilty and get some probation and realize that you just don’t do this,” Eckel said.

After witnessing so much tragedy in his career, Eckel was grateful this story ended with a healthy baby.

No one answered the door at the home of Gruen’s family. The mother was released from custody and was due in court at a later date.