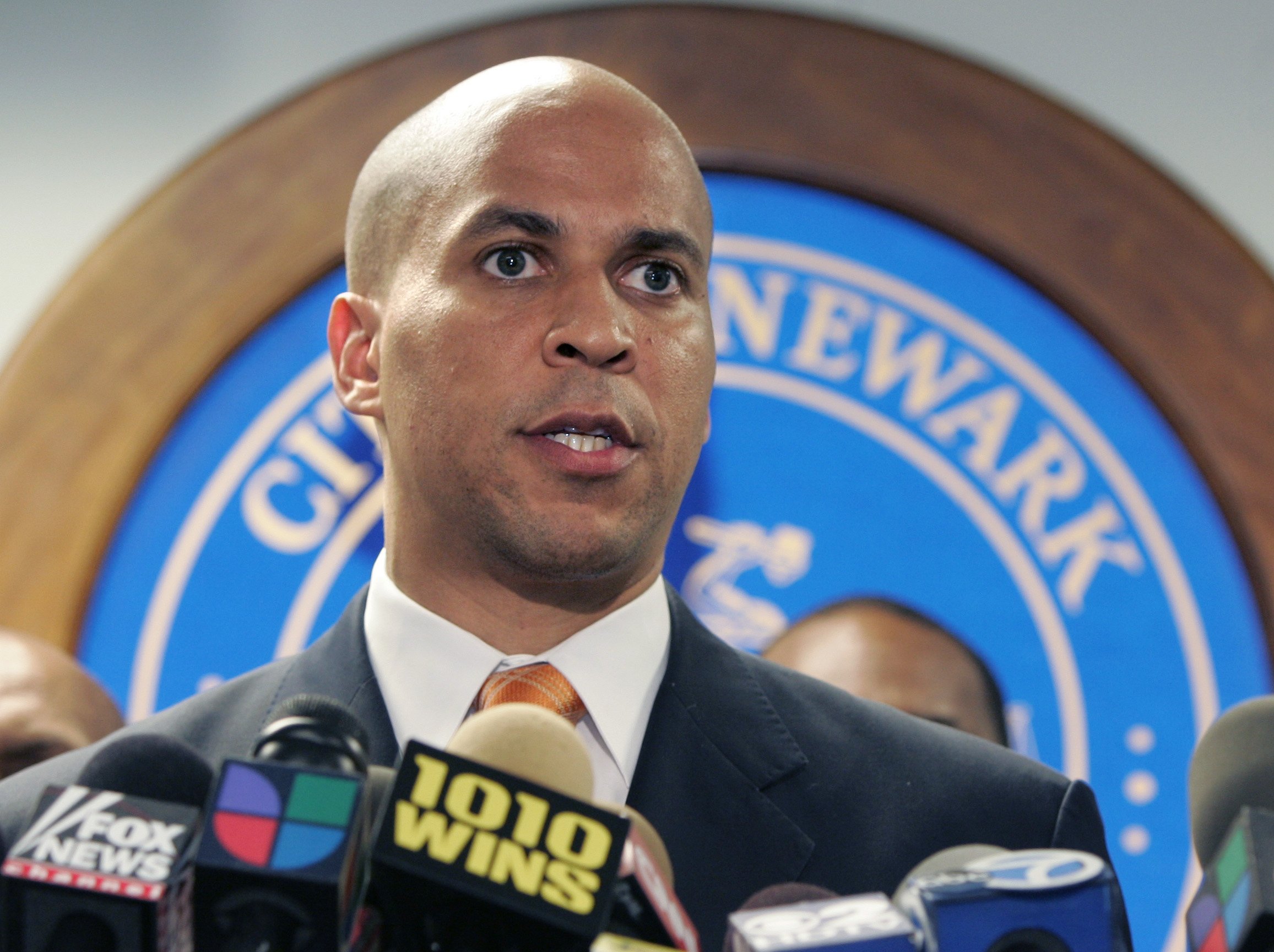 Booker told The Associated Press on Thursday that he will honor the challenge he made to a Twitter follower earlier this month and try living on the monetary equivalent of food stamps for at least a week.

"December 4 to 11. Seven days," Booker said after the ribbon cutting for new loft apartments in Newark. He said he will be limited to $1.40 for each meal.

The North Carolina woman Booker challenged plans to accept, but she is not sure she will do it next week.

The woman, who uses the Twitter handle @MWadeNC and goes by the name TwitWit, spoke to the AP on condition of anonymity because she says she has received threats.

She said she is upset that Booker didn't consult with her before picking the dates. She said Booker sent her a tweet this week saying his staff would be in touch, but she has heard nothing since.

"I don't think it's fair to be challenged and just find out from the Internet when I'm supposed to take part," she said in a telephone interview. "I would have appreciated the consideration that I have a life as well."

Nevertheless, she said she will participate in the challenge for at least a week, possibly two.

The average monthly food stamp benefit was $133.26 per person in New Jersey in fiscal year 2011, according to the U.S. Department of Agriculture. As mayor, Booker makes about 100 times that amount, $13,400 a month.

Politicians and community leaders around the country have taken on similar challenges in recent years to highlight the difficulty of relying solely on government aid for nutrition.

Philadelphia Mayor Michael Nutter and U.S. Rep. Bob Brady lived on food stamps for a week earlier this year, and the mayors of Las Vegas and Phoenix, Colorado Gov. John Hickenlooper and the former governor of Oregon all did so within the past few years.

Most participated in the "Food Stamp Challenge," a program from the nonprofit Food Research and Action Center that gives out tools to help organizations and individuals live on a food stamp budget, typically for a week. It even developed a how-to-guide for members of Congress, which includes testimonials from eight politicians.

Celebrity chef Mario Batali and his family also did the challenge earlier this year. An AmeriCorps member serving as the community service coordinator at the University of Bridgeport in Connecticut challenged her campus to try it for a week.

Booker, a prolific Twitter user who has 1.2 million followers, has said he wants the public to participate and on Thursday said he will soon announce a celebrity who will also take part.

The North Carolina woman said she thinks it would be "great" if high-profile people tried to live on the equivalent of food stamps.

"I think everybody should do this," she said.