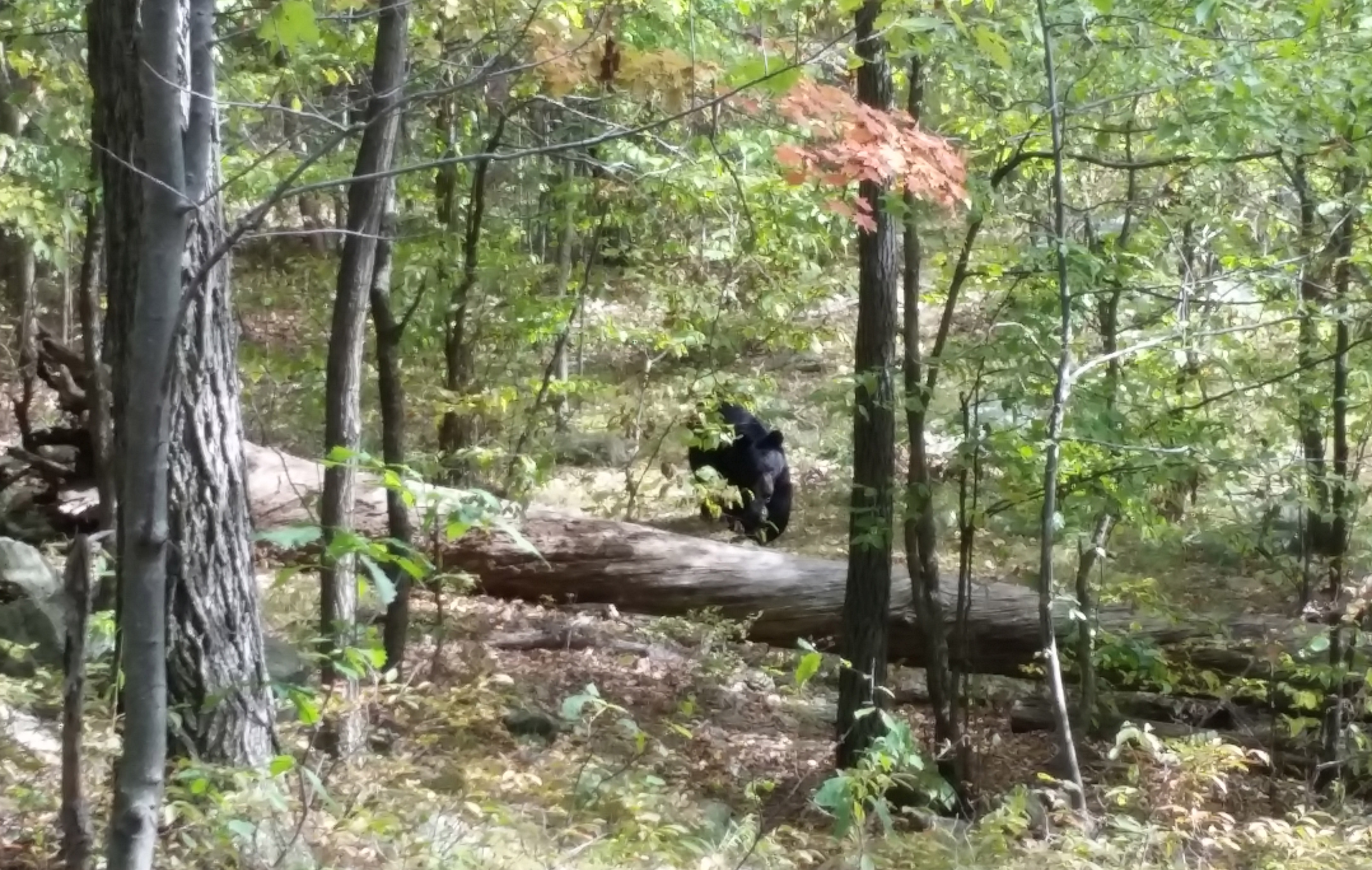 WEST MILFORD, N.J. -- A New Jersey hiker killed by a bear in September took a series of photos of the animal with his cellphone before it mauled him to death.

Police in West Milford have released five photos taken by 22-year-old Darsh Patel before he was killed by the 300-pound black bear while hiking with four friends in the Apshawa Preserve, 45 miles northwest of New York.

The photos show the bear behind a fallen tree in the woods. Investigators say the phone was found with puncture marks from the bear.

The photos were released after NJ.com filed an open records request.

West Milford police and the state Environmental Protection Department said last month that the bear did not seem interested in food and exhibited "stalking type behavior."

Patel, a Rutgers senior, and four friends were hiking in the preserve when they noticed the bear following them, authorities said. The group scattered and they called police when they realized Patel was missing.

Bear sightings are common in the area and many parkgoers were shocked to hear of the fatal attack, CBS New York reported.

"We see them in our neighborhoods all the time and there's never been any aggression towards anybody ever," said parkgoer John Davidson. "Everyone was shocked because this has never happened."

"I don't feel safe at all," one hiker told Rebecca Granet of CBS radio station 1010 WINS. "I'm sure there's bear in all the woods on all the trails but we haven't encountered anything like this before."