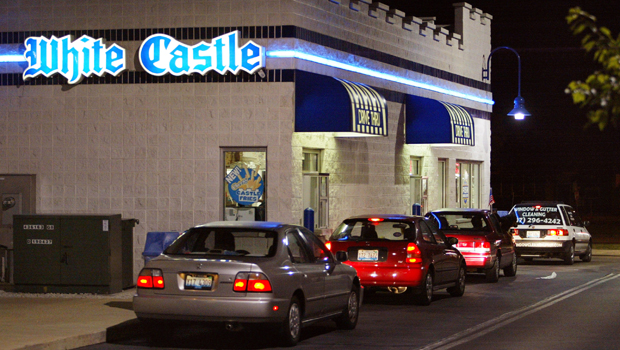 NEWARK, N.J. -- Two emergency medical technicians caught live-streaming themselves as they ignored a call for help while in the drive-thru line of a New Jersey fast-food restaurant have resigned.

University Hospital spokeswoman Stacie Newton tells NJ.com the EMTs resigned "as a result of their inappropriate conduct," which violated the Newark hospital's policies.

The resignations were submitted just days after the EMTs were suspended without pay following the discovery of their video by hospital officials.

News 12 New Jersey first reported on the video Friday. The video shows the EMTs choosing to continue to wait for their food at a White Castle location instead of answering a call from dispatch. The footage was captured via a cellphone live-streaming app called Periscope.

A viewer on the the app inquired about the delay, prompting the EMT to say he wasn't about to leave his dinner waiting while they responded to a call that was likely a "taxi ride," referring to people who fake emergencies to get free rides to the hospital, CBS New York reports.

Newton says no patients were harmed as a result of the delay.