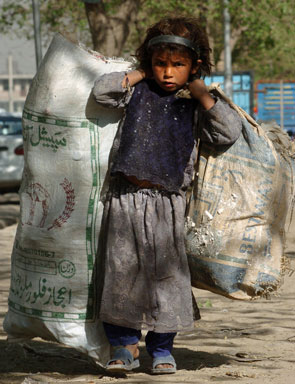 At least 25 people were injured - 15 of them after they jumped from windows during the quakes late Thursday night, police told The Press Trust of India.

The Indian Meteorological Department said a 5.3 magnitude quake shook the Kutch district, followed by 10 aftershocks of magnitude 3 to 4.

More than 230 tremors have shaken the region since January 26 when the 7.7 magnitude earthquake killed more than 17,000 people.

On Friday Indian announced that it has ordered the release of 160 Pakistani fishermen from its prisons. The action came a week after Prime Minister Atal Behari Vajpayee and Pakistan's military ruler, General Pervez Musharraf, had an unprecedented telephone conversation about the earthquake. The release appeared to be the latest in a series of gestures by both sides aimed at creating the conditions for a resumption of long-stalled peace talks.

Pakistan joined several countries in sending relief goods to the quake-hit zone which India accepted after initial confusion over whether it would accept help from its old foe.

Some 24,000 soldiers have been dispatched to the Gujarat to search for bodies, clear debris and help hundreds of thousands of injured and homeless people. Many survivors of the quake are still sleeping outside under plastic sheets without adequate shelter from the elements as they await relief supplies and overnight temperatures drop to 45 degrees. Thousands are living in makeshift homes and officials estimate that more than one million people remain homeless.

Despite efforts by local organizations to ship in shelter, there are not enough tents to go round and distribution is slow.

The earthquake left no building intact in Bhachau. On Friday morning, relief workers cooked food and people waited in long lines to receive their daily meal of rice and vegetables.

Some officials in the devastated regions said some areas, such as the central part of Bhuj that was surrounded by ancient walls, were beyond repair and should be replaced by new towns built in different locations. They said they would consider relocating residents of Anjar, Rapar, Bhachau and Gandhidham.

Hundreds of thousands of people who lost their homes in the quake are now receiving aid from a host of government and private agencies, both local and international.

The U.N. Development Program said Friday it is providing $3 million worth of aid, including shelter for 40,000 families in rural areas of Gujarat. Also on Friday, UNICEF launched its first major training session for trauma counselors.

As aid poured in from around the world, The Hindustan Times said some food parcels have contained unfamiliar fare for people accustomed to a diet of lentils, rice and a yoghurt-based curry.