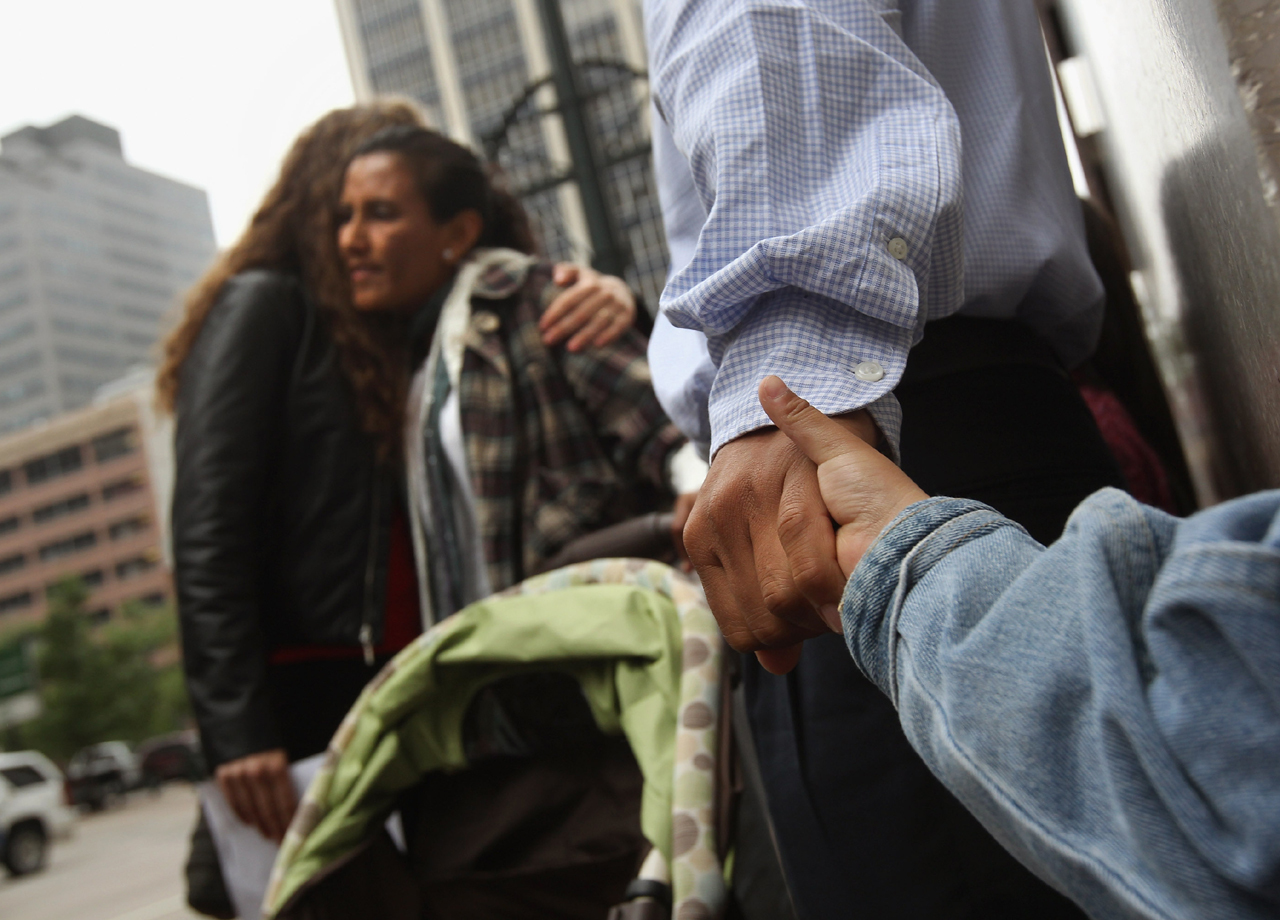 WASHINGTON — The Obama administration plans a rule change to help reduce the time illegal immigrant spouses and children are separated from citizen relatives while they try to win legal status in the United States, a senior administration official said.

Currently, illegal immigrants must leave the country before they can ask the government to waive a three- to 10-year ban on legally coming back to the U.S. The length of the ban depends on how long they have lived in the U.S. without permission.

The official said Thursday the new rule would let children and spouses of citizens ask the government to decide on the waiver request before the illegal immigrant heads to his or her home country to apply for a visa. The illegal immigrants still must go home to finish the visa process to come back to the U.S., but getting the waiver ahead of time could reduce the time an illegal immigrant is out of the country.

The official spoke on the condition of anonymity because the proposed policy change had not been made public.

The waiver shift is the latest move by President Barack Obama to make changes to immigration policy without congressional action. Congressional Republicans repeatedly have criticized the administration for policy changes they describe as providing "backdoor amnesty" to illegal immigrants.

Immigrants who do not have criminal records and who have only violated immigration laws can win a waiver if they can prove that their absence would cause an "extreme hardship" for their citizen spouse or parent. The government received about 23,000 hardship applications in 2011 and more than 70 percent were approved, the official said.

Applications for the waiver can take as long as six months to be acted upon, the official said. The new rule is expected to reduce that processing time to just days or weeks, the official added.

"This would streamline the process (and) reduce the time of separation between family members," the official said.

The proposal will be published in the Federal Register on Friday. The official said the administration hopes to change the rule later this year.

Immigration has become a difficult issue for Mr. Obama ahead of the November election. As a presidential candidate, he pledged to change what many consider to be a broken immigration system.

To that end, Homeland Security Secretary Janet Napolitano announced plans last year to review some 300,000 pending deportation cases in an effort to target criminal illegal immigrants, repeat immigration law violators and those who pose a national security or public safety threat. Napolitano said the DHS would delay indefinitely the cases of many illegal immigrants who have no criminal record and those who have been arrested for only minor traffic violations or other misdemeanors.

A pilot program to review about 12,000 cases pending in immigration court in Baltimore and Denver was launched in November and ends next week. The review is expected to expand to other jurisdictions later this year.

Immigration and Customs Enforcement Director John Morton also issued a memo in June outlining how immigration authorities could use discretion in deciding which illegal immigrants to arrest and put into deportation proceedings. Morton wrote in the memo that discretion could be used in a variety of cases, including for people with no criminal record and young people brought to the country illegally as children.

Congressional Republicans have decried the policy changes, arguing that the Obama administration is circumventing Congress to essentially provide amnesty to countless illegal immigrants.

Rep. Lamar Smith, who chairs the House Judiciary Committee, has been among the most vocal critics and has accused Obama repeatedly of not enforcing immigration law.

Several attempts at an immigration law overhaul have failed in recent years, including the so-called DREAM Act, which would have allowed for some young illegal immigrants brought to the U.S. as children to earn legal status if they went to college or joined the military.