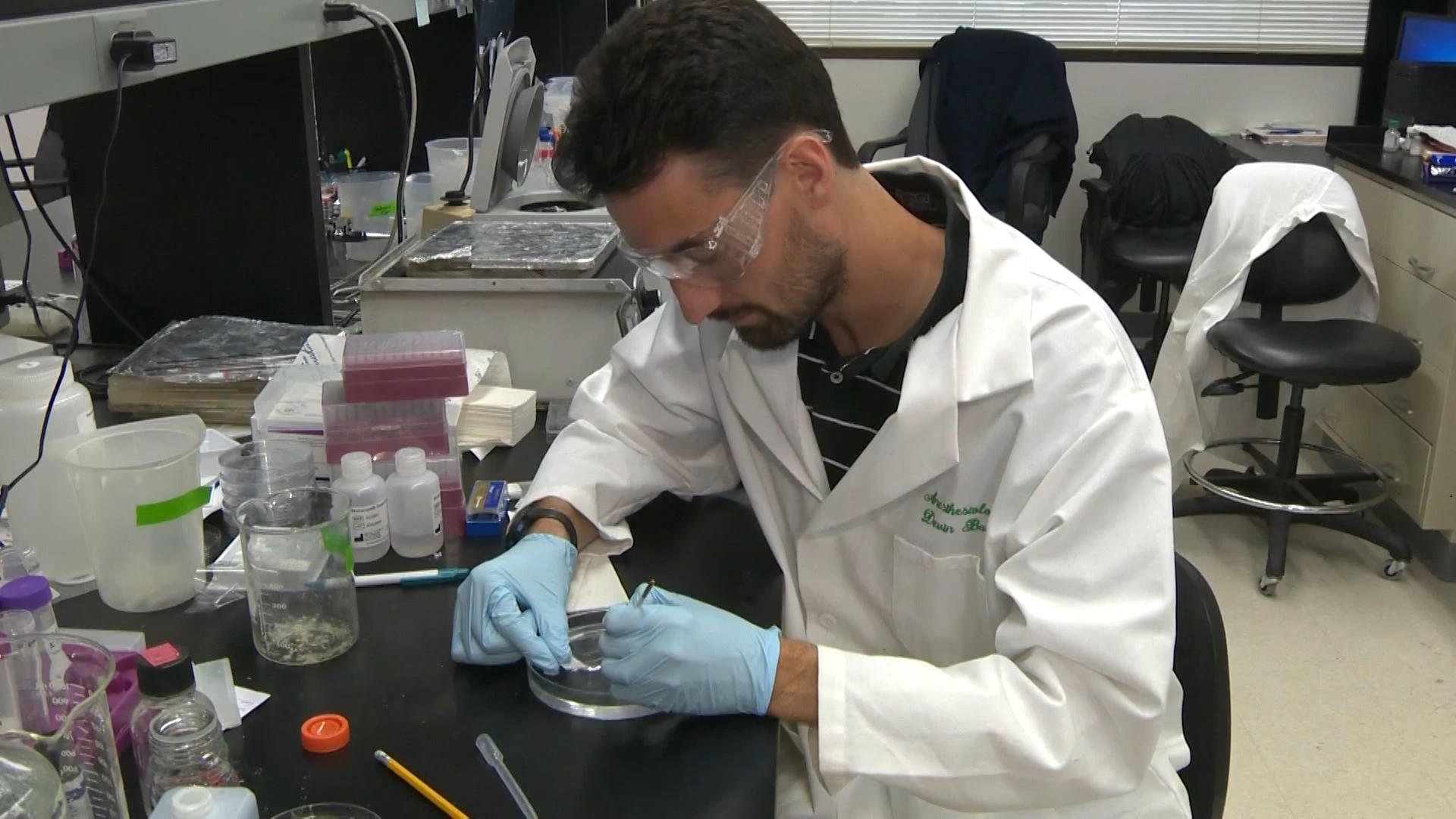 If you've ever had an itch that wouldn't go away, you know how unbearable it can be to keep scratching and find no relief. At the world's first center to study chronic itch, at Washington University School of Medicine in St. Louis, Missouri, researchers are getting closer to finding answers for desperate patients.

Don Hodges is one such patient. Now 81 years old, he has battled enemies at war and fought a bout with cancer. But seven years ago, he started combating an itch all over his body.

"I went through so many dermatologists that we knew each other by first names and family members," Hodges told CBS News. "And they'd just give up. They couldn't do anything."

Creams, ointments, and medications didn't help. Hodges is among the 15 percent of people who suffer from unexplained chronic itch, for which there's currently no FDA-approved treatment.

"Study after study has shown that it's worse than chronic pain, or comparable. My patients tell me it's often worse," explains Dr. Brian Kim, a researcher who focuses on the issue at Washington University School of Medicine's Center for the Study of Itch.

Yet he points out, "If you open up a dermatology textbook, this disorder, there's no chapter on it. There's no drug for it."

After discovering an itch molecule, scientists expanded their work from testing treatments on itchy lab mice to finding relief for desperate patients.

"A lot of people didn't believe that – not only that it was a real problem, that it was a problem we could solve at the scientific level," Kim said.

Doctors finally found a way to help Hodges. After several failed treatments, a rheumatoid arthritis drug is giving him the relief he needed.

"Within a week, probably from the day I took it," he said, "and it went away and hasn't come back. You don't get to be 81 years old by giving up."

Kim isn't giving up either. He hope this will clear a path to help many more scratch an unbearable itch.

"It doesn't have to stop here," he said. "That's just one drug, one pathway. But we think there's a lot more."