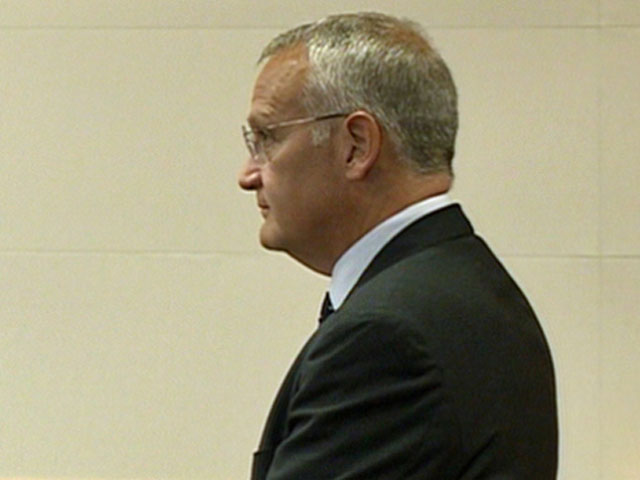 MANCHESTER, N.H. - A priest who was the former leader of one of America's top clergy treatment centers was sentenced Wednesday to serve at least four years in prison for stealing $300,000 from a hospital, a dead priest's estate, and the state's Roman Catholic bishop.

Monsignor Edward Arsenault held several senior positions in the New Hampshire diocese from 1999 to 2009, when he became president and CEO of Saint Luke Institute in Maryland. He resigned in May of 2009 after allegations arose involving an inappropriate adult relationship and misuse of church funds.

Details of the thefts revealed Wednesday show a priest who billed the church for lavish meals and travel for himself and often a male partner. He was convicted of writing checks from the dead priest's estate to himself and his brother and billing Catholic Medical Center $250 an hour for consulting work he never did.

"It's criminal behavior. It's disturbing behavior," Senior Assistant Attorney General Jane Young said. "These are thefts from a charitable institution by someone very high up."

Arsenault pleaded guilty in Hillsborough County Superior Court Wednesday to three felony theft charges. He stole $104,000 from Catholic Medical Center in Manchester by submitting false invoices and working only a third of the hours called for in his consulting contract, which ran from March 2009 until June 2010.

Young said Arsenault stole $184,000 from then-Bishop John McCormack and the Manchester diocese by billing for meals at some of Boston's finest restaurants. He also purchased mobile phones and computer equipment, among other expenses. Young said he submitted fake invoices for about $15,000 in psychological counseling he never received.

The investigation did not involve Saint Luke Institute, a prominent education and counseling center based in Silver Spring, Maryland, with sites in other parts of the U.S. and in Britain. The center treats priests with a range of mental illnesses and has played a key role in addressing the problem of sexually abusive clergy.

Before he was sentenced, Arsenault apologized to "the many people I have harmed, including the priests and the faithful."

"Today is only the beginning of the consequences of my criminal behavior," Arsenault said.

Arsenault was sentenced to four to 20 years, including a deferred, two-year sentence that the judge has the option to tack on when Arsenault returns to court after the four years are up. He was also ordered to pay $300,000 in restitution.