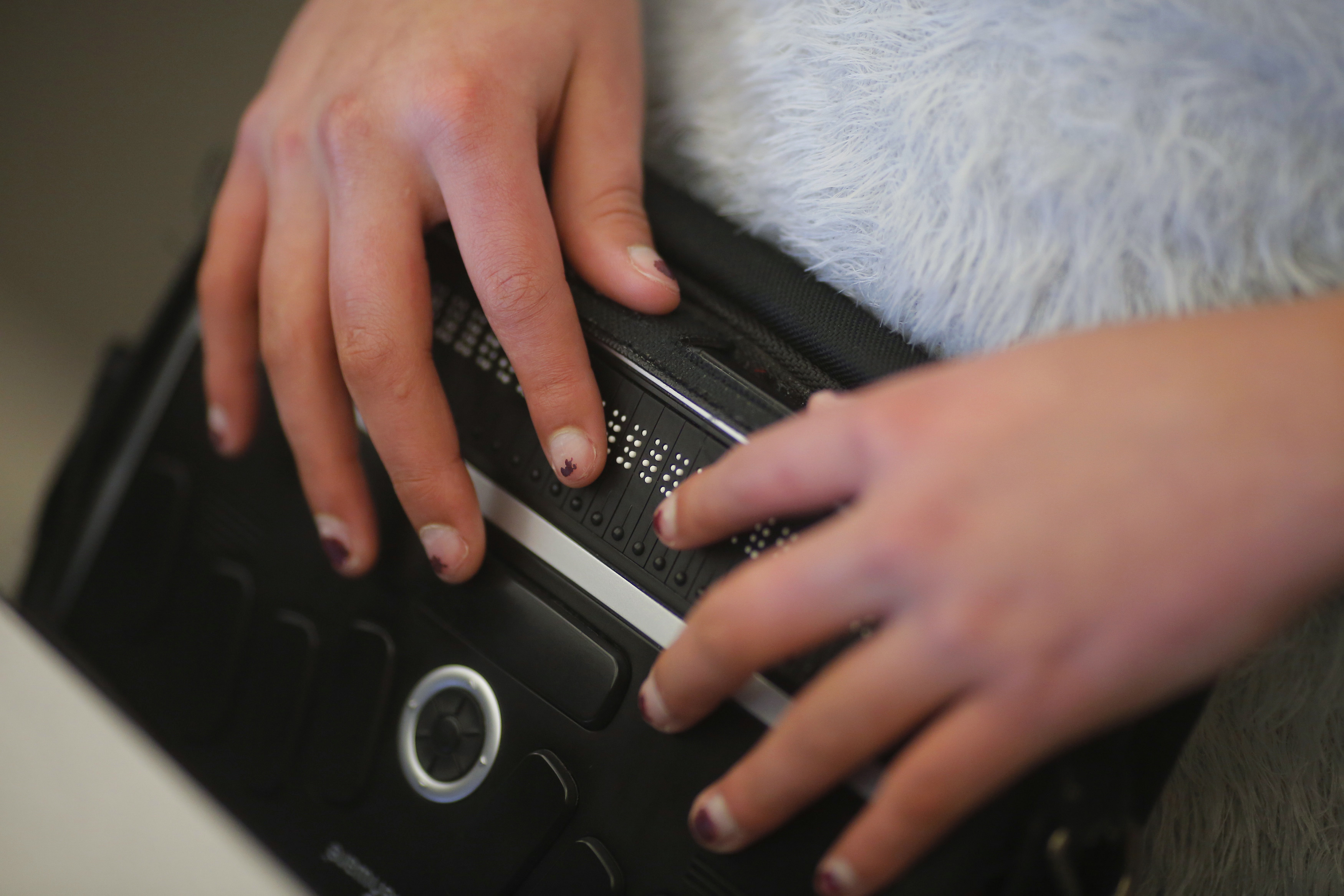 CONCORD, N.H. -- Inside a prison workshop, several inmates tap away at what look like old typewriters.

The devices are actually Perkins Braillers, which are used to write the code relied upon by many visually impaired people. In a first for New Hampshire's prison system, 14 female inmates are spending much of the year learning Braille, so they can convert restaurant menus, textbooks and novels into Braille.

"To know I could actually do something good for somebody, that is good to know," said Molly Martel, who is in the fifth year of a 20- to 40-year sentence for stabbing a friend to death.

The decision to bring Braille translation to the prison comes as the state readies to move to a larger women's facility at the end of the year. As part of the planned move, officials began looking for new prison classes to teach women job skills.

Ron Cormier, the administrator of correctional industries, asked other prison systems and learned Braille transcription classes had become popular in U.S. prisons, with 27 programs for men and women. At the same time, he was hearing there was shortage of transcribers in the Northeast.

He mentioned it to state Department of Education officials, who were "absolutely ecstatic" about the idea, Cormier said.

Created by a Frenchman named Louise Braille in the 1800s, Braille organizes dots in various patterns to form letters, numbers and punctuation marks. Over the years, various shortcuts or contractions were added to the code in order to shorten hundreds of words.

Teaching Braille relies heavily on memorization. Students start by learning the Braille cell - six possible dot positions arranged in two columns. Then, students move to the Brailler to learn how to write it. Eventually, they move to the computer where they begin to transcribe words, sentences and eventually sections of documents.

The women's goal is to be certified by the Library of Congress, which requires them to submit a 35-page document they have transcribed.

Nancy Wittmershaus, who works for the Concord nonprofit Future In Sight and is training the women, said one of the biggest challenges is that they can see.

"They don't learn to read Braille by touch in here," said Wittmershaus, who spent 15 years teaching visually impaired students Braille. "They are going to read it visually, so sometimes the dots start to swim in front of your eyes."

Hunkered over a computer with their workbooks in hands, several women stared at a white screen filled with dots. Most said they were getting a hang of it after several weeks, and some were even transcribing sentences with quotes.

"To know that it was something that I could get certified to do when I am home was a big draw for me," said Nicole Belonga, who is serving 15 to 30 years after being convicted of manslaughter in the death of her daughter.

"I'm scared," she said. "It's going to be pretty hard to get a job, and I'm not delusional about it."