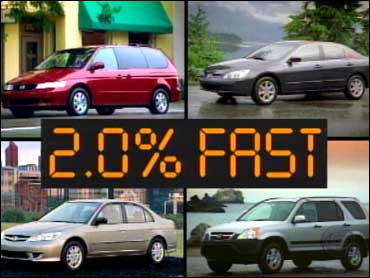 "If all Republicans were like him, I'd switch parties," said a Democratic lobbyist who has worked with Marc Racicot, the 53-year-old former governor of Montana and recent Washington lobbyist who was picked this week by President Bush to head the Republican National Committee.

Racicot gained national prominence during last year's Florida recount when he became the spokesman for the Bush team. But he became a serious player inside the Bush world in 1995 when he and then Gov. Bush became friends at National Governors Association meetings and then traveled to Israel together in 1998.

Racicot was born in Thompson Falls, Mont., one of seven children. His parents were devout Catholics who added 50 foster children to the family roster. Friends say that Racicot learned his consensus-building, peacemaker skills in that brood. His father was a teacher and basketball coach, and Racicot led the Libby Loggers to a state high school championship. He still holds the Carroll College record for most assists in a game – 32.

He became Montana attorney general in 1988 and then was elected governor in 1992. His reputation was as a civil and forthright person and many political and media veterans initially dismissed him as a rookie. But voters found his style refreshing and in 1996 he was re-elected with 79 percent of the vote. He remains popular in the state today; so popular that Republicans tried to recruit him to take on Democratic Sen. Max Baucus in next year's race. Democratic Senate Leader Tom Daschle said the good news for him in Racicot's new appointment was that he was not running for the Senate.

Racicot said last week that he would not be a "partisan attack dog" for the Republican Party. "If we do violence in our communications, we abrade our opportunities to establish links between one another," he said in his characteristically formal and somewhat wordy style. His soft-spoken manner is much like Daschle's, and his Democratic lobbyist fan said "he may be just what the Republican Party needs post-September 11 to take the edge off of Tom DeLay and Dick Armey."

Racicot's image and demeanor have caught the Democrats off guard and some have been working to tarnish his reputation by casting him as a lobbyist who will use the job and personal access to the White House to enrich himself and his clients. His current clients at Bracewell and Patterson, a big lobby law firm on Washington's K Street, include Burlington Northern, the American Forest and Paper Association and Enron. Racicot, who will serve at the RNC without pay, intends to continue to lobby but says he'll sever his connection with Enron.

In addition to his "civil" presence, he brings two things to the chairmanship that werlacking in his predecessor, Virginia Gov. Jim Gilmore: a personal relationship with the president and an understanding that he is part of a political team.

Gilmore came to the job with his own political operation which fought for turf with the White House. Racicot's team is the White House team, headed by Karl Rove and spearheaded at the RNC by Deputy Chair Jack Oliver. Racicot attended weekly political strategy meetings in Austin during the 2000 campaign and sat in Rove's office on election night going over numbers from Florida. When he went to Florida during the runoff he was a trusted spokesman whose low ego and political smarts allowed him to be the vehicle for the message the campaign wanted out.

The other big player on the Republican team is Oliver, the deputy chair, a former staffer for John Ashcroft who headed his Spirit of America PAC during Ashcroft's exploratory campaign for president. When Ashcroft decided to run for the Senate instead, Rove, whose company had done direct mail for Ashcroft over the years, recruited Oliver to the Bush campaign. Together with Don Evans, Oliver had raised a record $37 million by June 1999. That money and the endorsements of governors (spearheaded by none other than Rove and Racicot) gave Bush an early momentum which daunted other candidates.

Oliver is Rove's guy at the committee and his conservative roots (he has old family ties in Cape Girardeau to Rush Limbaugh) will allow the more moderate Racicot to be the public face while keeping the right happy. But Oliver may not stay in the background for long. This 32-year-old whiz kid, a frenetic workaholic who is said be a huge motivator of people, may well wind up in a more visible job.

Juliana Glover Weiss, former press secretary for Ashcroft and Dick Cheney, calls Oliver a brilliant man with an unlimited future. "No matter how insurmountable the task, Jack can get it done. Raising money, probably the hardest job in politics, was no problem for him," she said.

Oliver, too, has a close friendship with the president, who razes him about his clothes. Said to be one of the most stylish men in the administration, Oliver occasionally sports Gucci loafers with red socks. Now how long can someone like that stay in the background?