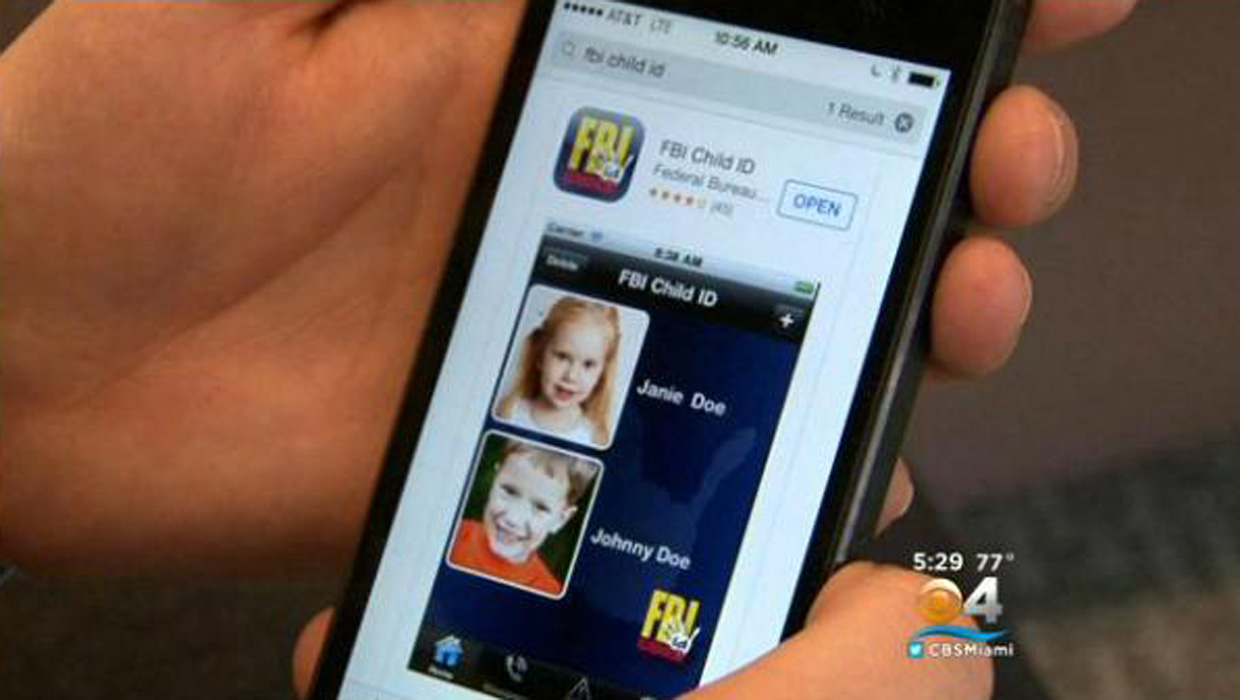 MIAMI - A new app that helps report when a child goes missing is something the FBI thinks every parent should download, reports CBS Miami.

Called The FBI Child ID app, the smart phone tool uses critical information like descriptions of the missing child and current photographs to immediately set up a search, according to the station. It allows parents to send pictures of their child - along with details like height and weight - to thousands of officers in one simple step.

"If your child were to go missing, with one push of a button this information is transmitted quicker than you can dial 911," FBI Special Agent Timothy Gallagher, who has worked on missing child cases for over 20 years, told CBS Denver.

"The first few hours when a child goes missing are critical," Gallagher said, "and the information which we need to obtain many times has to come from the parent."

Gallagher told the station it can often be difficult to get an accurate description of a missing child from panicked parents. "I remember working these cases 15 years ago and you had to go to a parent who had lost a child and were fishing around for pictures and trying to remember what their height and weight and descriptors are," he said.

More than 140,000 people have already downloaded the app to their smart phones and tablets, according to CBS Denver. The FBI encourages parents who haven't already downloaded it to do so as their kids get ready to start their summer activities. The department says it does not collect or store any of the information entered into the app.