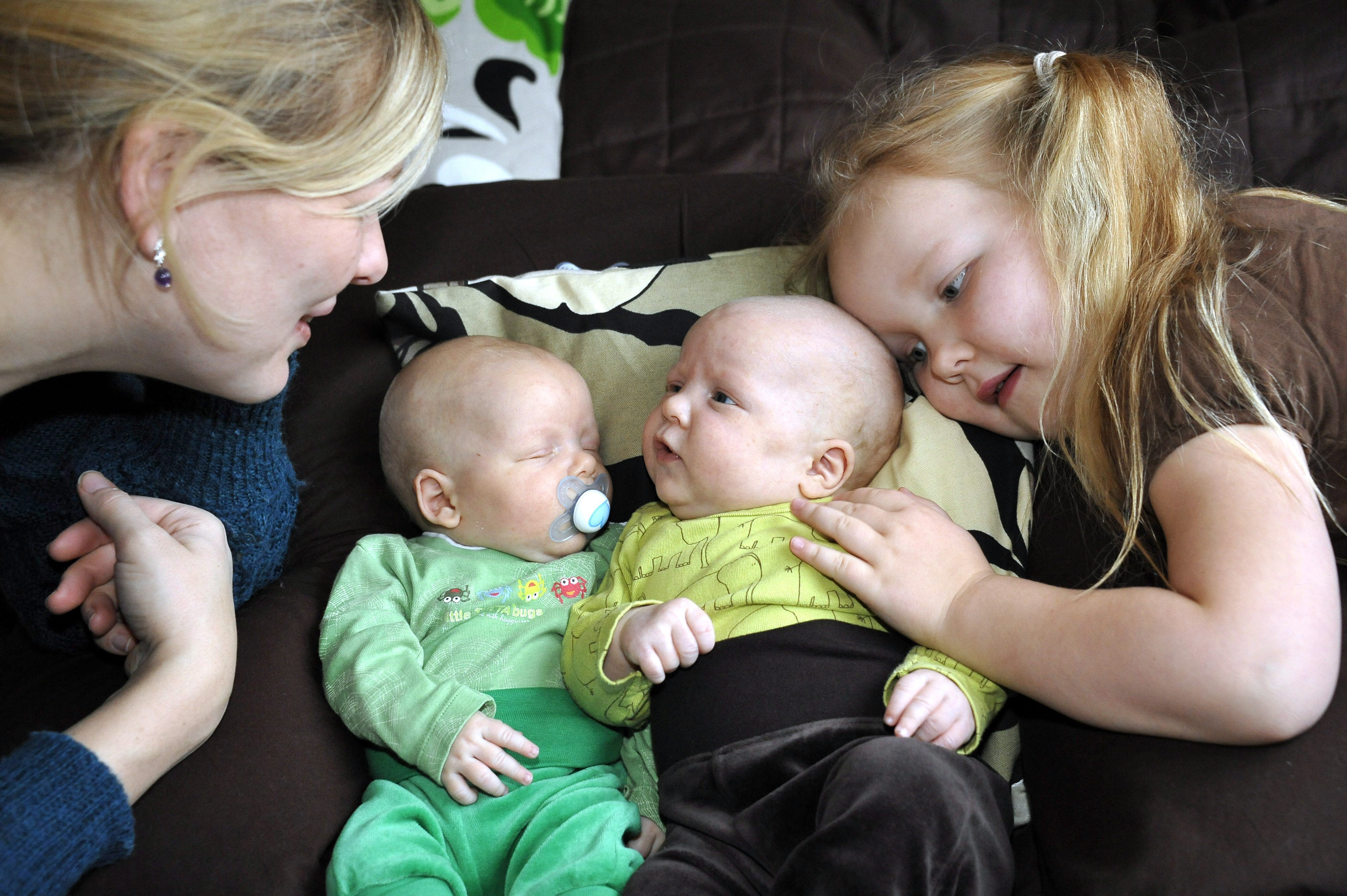 When Stephanie Moisio found out that she had breast cancer at the age of 29, her doctors at the Cleveland Clinic told her that she needed eight rounds of chemotherapy. And while she wanted to make sure to do everything she could to be healthy again, she was also worried how chemotherapy -- whose side effects may include early menopause and infertility -- might affect her dream to become a mom.

"We had talked about wanting to have a family," Moisio told CBS News. "I think that was our biggest question. We were very concerned that we weren't going to be ever be able to have children and we wanted kids."

But during her treatment, doctors at the Cleveland Clinic offered Moisio the option of taking goserelin, a hormone-blocking drug that they thought might help prevent chemotherapy's potential toxic effect. And it worked -- nine months after completing the treatment, she found out she was pregnant.

"We were ecstatic," she said. "Couldn't believe it."

Now, a new study suggests that adding goserelin to a standard chemotherapy regimen in women with early-stage breast cancer may indeed help prevent an onset of early menopause. Not only that, it also appeared to increase patients' survival rates in a new study.

"I think this is practice changing," study author Dr. Halle Moore, a medical oncologist at the Cleveland Clinic, told CBS News. "I think now that we are confident that this is a treatment that will help patients who are interested in preserving ovarian function."

In the study, the researchers found that, two years after starting treatment, 45 percent of the 131 women in the study who received standard chemotherapy stopped menstruating or had increased levels of a hormone called FSH -- an indicator of decreased estrogen production and egg supply -- compared with 20 percent of the 126 women who received goserelin.

The pregnancy rate was almost twice as high in the goserelin group, with 21 percent of the women getting pregnant, compared with just 11 percent in the other group.

"We found that, in addition to reducing the risk of early menopause, and all of the symptoms that go along with menopause, goserelin was very safe and may even improve survival," study author Dr. Kathy Albain, a professor at Loyola University Medical Center in Maywood, Illinois, said in a statement . "I think these findings are going to change our clinical practice."

The study results are particularly important considering that about a quarter of breast cancer cases occur in women younger than 50.

Goserelin -- administered by injection -- puts the ovaries in a resting state, which prevents their normal cycle and makes them less vulnerable to the detrimental effects of chemotherapy.

In the study, the patients in the goserelin group received one shot of the drug every four weeks during their chemotherapy regimen.

The study authors also found that side effects of goserelin were rare, and overlapped with symptoms related to reducing the activity of the ovaries during chemotherapy.

Stephanie Moisio is now a 38-year-old mother of two girls, and is grateful that she was able to take goserlin during chemotherapy.

The study was presented May 30 at the 2014 American Society of Clinical Oncology 50th Annual Meeting in Chicago.