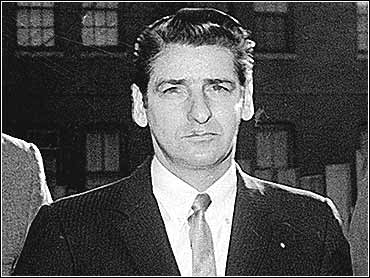 DNA evidence taken from one of the 11 women killed by the Boston Strangler does not match that of Albert DeSalvo, who police have said was the infamous 1960s killer, a scientist said Thursday.

James Starrs, a professor of forensic science and law at George Washington University, said investigators found DNA evidence on the remains of Mary Sullivan and compared it with DNA from the remains of DeSalvo, whose body was exhumed just before Thanksgiving.

"We have found evidence and the evidence does not and cannot be associated with Albert DeSalvo," Starrs said at a news conference.

Starrs has worked on other high-profile identification cases, including the Lindbergh kidnapping, Lizzie Borden hatchet murders and outlaw Jesse James.

The Boston Strangler struck between 1962 and 1964, sexually assaulting and killing 11 Boston-area women. DeSalvo, a blue-collar worker with a wife and children, confessed to those murders, as well as two others, but later recanted.

He was stabbed to death in 1973 while serving a sentence for rape in a maximum-security prison at Walpole, Mass.

DeSalvo never was charged in the strangler killings, and those who question whether he was responsible point to a string of circumstances that raise doubts about his involvement.

Among them: There was never any physical evidence putting him at the crime scenes; he did not match witness descriptions of possible suspects; and he was never on investigators' lists of more than 300 suspects.

Neither DeSalvo's family nor Sullivan's believes DeSalvo was the strangler. They think he confessed because he hoped to make money from book and movie deals and have joined in requesting a new look at the case.

They have many allies. Susan Kelly, author of The Boston Stranglers, believes DeSalvo fabricated the entire story. She concedes that his confession was accurate on many details but adds, "the newspapers were an excellent source of information - and it's very interesting to me that the details that Albert got wrong in his confession were identical to the details that the newspapers got wrong."

Robert Ressler, a criminologist and former profiler for the FBI, also believes that it is unlikely that one person is responsible for all the Strangler murders. "You're putting together so many different patterns here that its inconceivable behaviorally that all these could fit one individual," says Ressler.

Last year, Massachusetts Attorney General Thomas Reilly began reinvestigating Sullivan's murder at the request of the two families. That investigation has stalled over a dispute over evidence between Reilly's office and DeSalvo's brother, Richard.

DeSalvo's family also wants to clear up the circumstances of DeSalvo's death.

Three inmates were tried for the killing, but a jury failed to reach a decision in one trial, and a mistrial was declared in another. Prosecutors had said they believed the en were trying to keep DeSalvo from entering the prison drug trade.