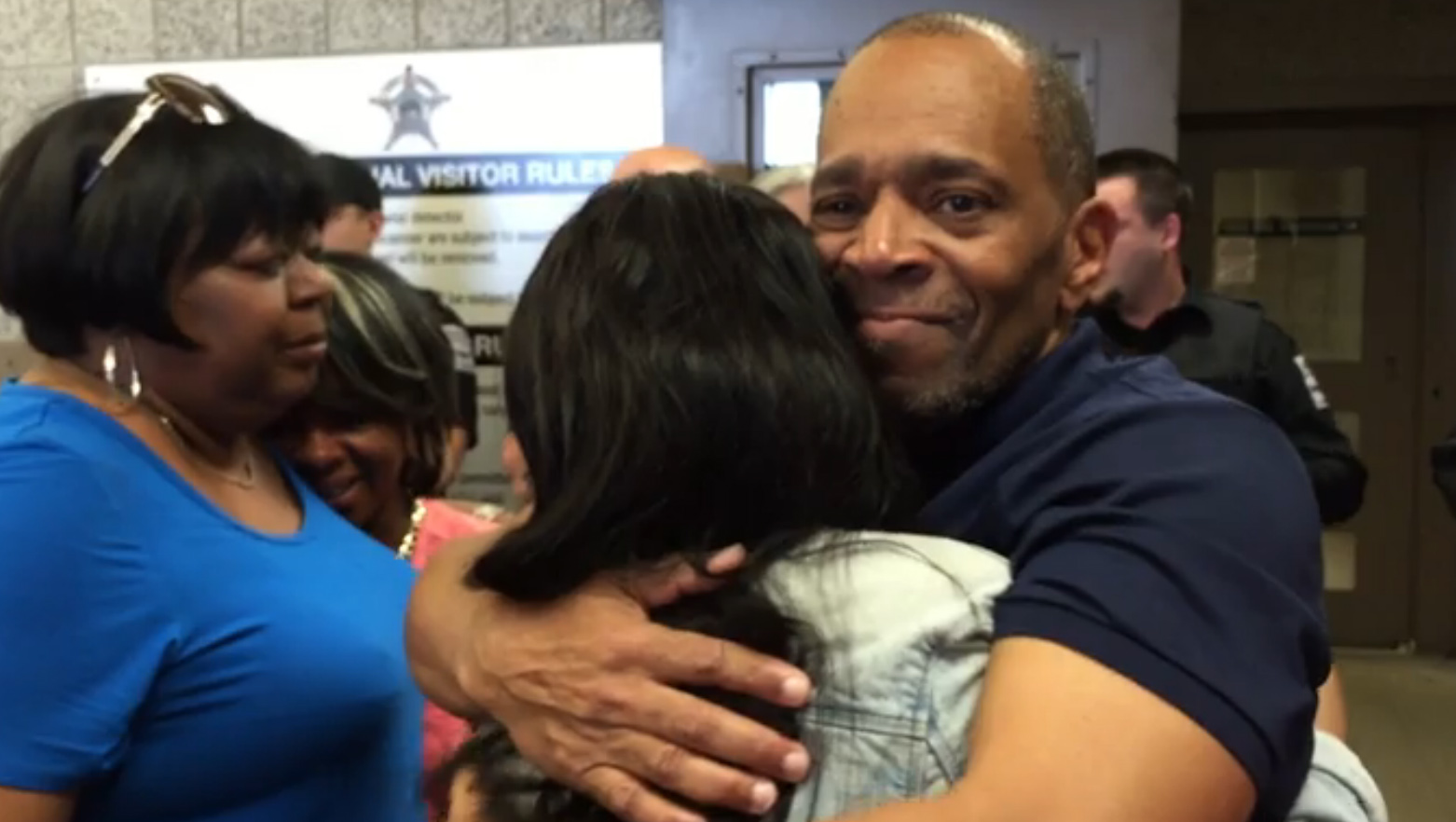 LAKE COUNTY, Ind. --A northwest Indiana man who served nearly 25 years in prison was released on Monday after new DNA technology cleared him in a 1989 rape.

Darryl Pinkins, 63, walked out of a Lake County correctional facility shortly before 11 a.m. "48 Hours'" cameras captured Pinkins' emotional reunion with his family, including a 24-year-old son who wasn't yet born when he began his prison term. Producers have followed his story two years.

Pinkins was convicted in 1991 of raping a Hammond woman. He's always maintained he was at home in bed with his wife when the attack happened.

Since 2007, teams from the Indiana Innocence Project, the Idaho Innocence Project at Boise State and the University Indiana McKinney Law School Wrongful Convictions Clinic have been working to prove his innocence. The case marks the first exoneration using a new DNA analysis program called TrueAllele, according to an Idaho Innocence Project news release. The process can provide reanalysis of old DNA results to pinpoint which people contributed to DNA mixtures.

According to the Idaho Innocence Project, it's been used in missing person cases, in identification of 9/11 victims and by prosecutors in many states, but Pinkins' case marks the first time the technology has been used to exonerate someone who has been wrongfully convicted.

Analysis by DNA expert Greg Hampikian, director of the Idaho Innocence Project, and TrueAllele software inventor Mark Perlin excludes Pinkins and his co-defendant Roosevelt Glenn from evidence collected in the rape case, according to the Innocence Project. Glenn, also convicted of rape, was released on parole in November of 2009.

The experts were expected to testify at a hearing Monday, but prosecutors decided to vacate Pinkins' conviction without requesting a new trial after reviewing their findings. A judge signed his release order Friday afternoon.

"There was a crack in the system," Pinkins told reporters after his release Monday. "It does exist, and I'm not the only one within this situation that's going through this. It's people that are not fortunate enough to get the team that I have behind me."

Hampikian believes that the tool should be used in a wide-scale review of DNA cases in which there were complex DNA mixtures or inconclusive results, the news release says. Experts claim it could affect convictions across the country.

"This technology holds the key not just to answering complex DNA problems, but the literal key to freedom for men like Daryl Pinkins and Roosevelt Glenn," Hampikian said in the statement.