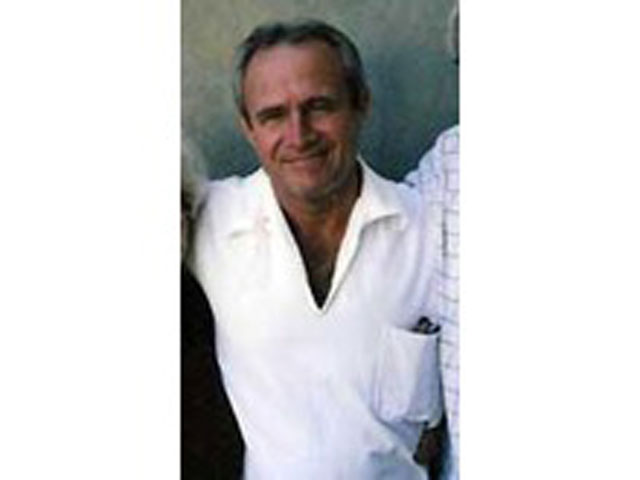 (CBS/AP) AUSTIN, Texas - Prosecutors agreed Monday to release a Texas man who has spent almost 25 years of a life sentence behind bars for the 1986 beating death of his wife, after recent DNA tests showed another man was responsible.

Michael Morton, 57, was serving a life sentence for beating his wife, Christine, to death in Williamson County on August 13, 1986. Morton maintained his innocence, claiming his wife was alive when he left for work at 5 a.m. and that an intruder must have killed her.

Prosecutors had alleged Morton became enraged after his wife refused to have sex with him following a dinner celebrating his 32nd birthday.

Tests performed this summer on a blood-stained, blue bandana found shortly after the crime near Morton's home revealed DNA from his wife and an unidentified man convicted in multiple states, including California.

District Judge Sid Harle has recommended that Morton go free to the state Court of Criminal Appeals, which will make the final determination on overturning his conviction. Morton is set for release Tuesday afternoon or Wednesday morning, following a final hearing before Harle.

The case will likely raise more questions about John Bradley, district attorney for Williamson County north of Austin and once a Gov. Rick Perry appointee to head the Texas Forensic Science Commission.

The Innocence Project, a New York-based organization that specializes in using DNA testing to overturn wrongful convictions, has accused Bradley of suppressing evidence that would have helped clear Morton. He was convicted on circumstantial evidence and sentenced to life in prison for his wife's death.

Bradley said in court Monday that he wasn't involved in the original trial and urged the public to "recall that prosecutors are called upon to do justice . . . that we are searching for the fair solution."

Nina Morrison, an attorney for the Innocence Project, said DNA testing techniques that weren't yet available during the original trial proved the bandana contained blood from another man -- and that DNA evidence also linked that man to a similar 1988 slaying in Austin committed after Morton was already behind bars.

Authorities are now investigating whether that man was responsible for the slaying of Debra Jan Baker, who was beaten to death in her bed. According to local media reports, cold case investigators are examining the possibility that the man may have been a serial killer who operated in the Austin area in the 1980s.

Morrison also said there were six instances where prosecutors and investigators hid non-DNA evidence that could have exonerated Morton from his defense attorney during the original trial.

Morton said the intruder stole his wife's purse, and Barry Sheck, co-founder of the Innocence Project, said the evidence not turned over to Morton's original lawyer included information that one of his wife's credit cards was used two days after her slaying and one of her checks was cashed nine days later.

"I want to know how a dead woman uses a credit card and cashes a check," he said.

Morton's attorney, Houston-based John Raley, said he told his client Saturday that he would soon be released and "he was thrilled."

"He's kind of going to be Rip Van Winkle," Raley said. "He's never held a cell phone. Reagan was president when he went in so there is going to be a long adjustment."

The Innocence Project has claimed in court documents that Bradley, the county district attorney since 2001, suppressed evidence that strengthened Morton's case during the DNA proceedings. That evidence -- including a transcript of a police interview indicating that Morton's son said the attacker was not his father -- was ultimately obtained by the Innocence Project through a request under the Texas Public Information Act.

Perry, the leading candidate for the Republican presidential nomination, appointed Bradley to the forensic science commission in 2009. But the Texas Senate refused to confirm him after he told reporters that Cameron Todd Willingham, who was executed in 2004 after being convicted of arson in the deaths of his three children, was a "guilty monster." Experts have since concluded that case's forensic science was faulty.

Bradley succeeded in getting an attorney general's ruling limiting the commission's scope of the inquiry into the Willingham case. It is due to release a report Oct. 14, but it will only offer guidance on investigating arson cases, not a ruling on the evidence in the Willingham case.

That case could become an election issue for Perry because a report indicating that the science in the Willingham case was faulty was submitted to his office as part of the appeals Willingham's lawyers filed before his execution.