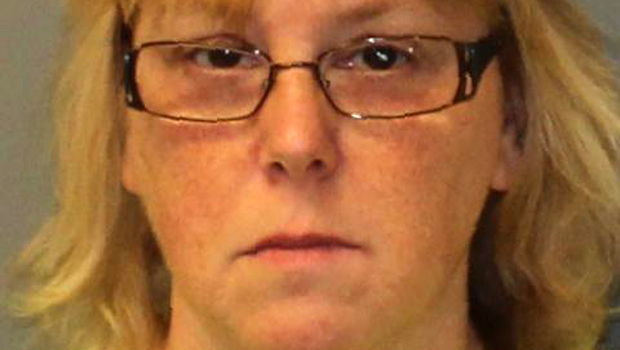 On Sunday, Clinton County District Attorney Andrew Wylie would not confirm a sexual relationship but said, "Obviously, Joyce Mitchell went a step a further as far as her relationship with these two individuals. Whether it's showing them more attention than anyone else or them showing her attention or affection."

Mitchell befriended the two men at the prison while working as a tailoring shop instructor. She has since reportedly been suspended from her job and is now being held in a Clinton County jail.

Wearing prison clothes and a bulletproof vest, Mitchell appeared in court for a second time Monday. She previously pled not guilty to charges that she helped the convicted killers escape from Clinton Correctional facility.

Law enforcement sources tell CBS News there was an agreement between Mitchell and the two men to kill her husband, Lyle. Unknown at this time is whether Mitchell was in on the murder plot or if it may have been an attempt by Matt and Sweat to force Mitchell to help them escape.

More than 800 local, state and federal law enforcement officers are investigating over 1,000 leads and using K-9 teams, helicopters and even surveillance cameras in the woods to look for the fugitives.

Prosecutors believe the inmates had been planning their escape for several weeks, including familiarizing themselves with the maze of steam pipes outside of their cells.

"Never in my life did I actually think it would happen that way," said Ken Snyder, who worked as a civilian employee at Clinton Correctional facility for nearly 30 years. He can't believe the men pulled it off.

"To do it the way it was done with the things that were required to do it. I never thought that would happen," he said.

A law enforcement source says at least one other note was left by the prisoners along their escape route, in addition to one that read "have a nice day."

The source also said investigators have visited 450 of the roughly 500 cabins along nearby Lake Champlain and have found no sign of the men, or a break-in.