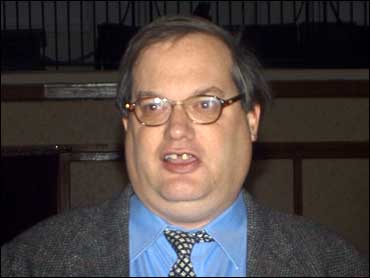 A suspected separatist group that has been holding an American U.N. worker in Pakistan for a month said it would kill him in four days if the government does not release more than 1,000 prisoners.

The threat on the life of John Solecki was made in a letter sent Sunday to local news agency Online International News Network that was also read by an Associated Press reporter. The group said Feb. 13 that it would kill Solecki within three days unless similar demands were met, but apparently did not follow through.

U.N. spokeswoman Maki Shinohara said the world body was aware of Sunday's threat through news reports and "took it seriously."

Gunmen seized Solecki on Feb. 2 after shooting his driver to death as the pair drove to work in the southwestern city of Quetta in Baluchistan.

The kidnappers have identified themselves as the Baluchistan Liberation United Front, suggesting a link to local separatists who have waged a long insurgency against Pakistan's government rather than to the Taliban or al Qaeda, which are fighting U.S. forces in Afghanistan.

In the letter, the group demanded the release of 1,109 activists from Baluchistan nationalist groups it claimed had been arrested by the government.

"John Solecki's mother and his relatives and international human rights groups should play a role for the recovery of thousands of our sons ... who are in state-run torture detention cells," the one-page letter said.

"The United Nations and state institutions ... are forcing us to kill Mr. John Solecki in our protest," it said.

Violent separatist groups have waged a long campaign for independence in Baluchistan, a natural gas-rich region that borders Afghanistan and Iran.

They have no known links to al Qaeda and the Taliban, which have stepped up attacks on foreigners recently.

Last month, militants beheaded a Polish geologist abducted in another border area of Pakistan after the government did not respond to demands for a prisoner release.

The Pole's slaying, if confirmed, would be the first killing of a Western hostage in Pakistan since American journalist Daniel Pearl was beheaded in 2002.

Afghanistan's ambassador-designate and an Iranian diplomat have been seized in or near the main northwestern city of Peshawar and are still missing. Gunmen killed an American aid worker in Peshawar in November.