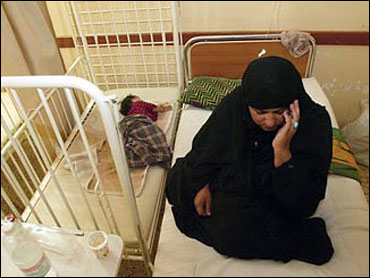 Cholera has broken out in a province south of Baghdad and at least 20 cases of the waterborne disease have been confirmed there, a Health Ministry official said Monday.

However, local authorities in Babil province insist the real figure is much higher and have complained that the government in Baghdad has been slow in responding to the outbreak.

Health Ministry official Dr. Ihsan Jaafar said the figure of confirmed cases was based on an examination of samples taken from the victims over the last week. He said one death - a 60-year-old man - had been confirmed.

He gave no date for the death or for when the outbreak was first reported.

"There are other suspect cases but 90 percent of them appear to be diarrhea," he said.

In the provincial capital of Hillah, a member of the ruling provincial council, Hassan Tofan, gave a much higher figure. He said that at least 300 cholera cases have been reported in Babil and that 10 people died recently.

The council issued a statement criticizing the provincial health department and the Health Ministry in Baghdad for being "so idle in measures to prevent the speared of disease," Tofan said.

He said local authorities had ordered all ice plants and many juice stands to close to prevent the spreading of the disease.

Cholera is a gastrointestinal disease typically spread by drinking contaminated water. It can cause severe diarrhea that, in extreme cases, can lead to fatal dehydration. It is preventable by treating drinking water with chlorine and improving hygiene conditions.