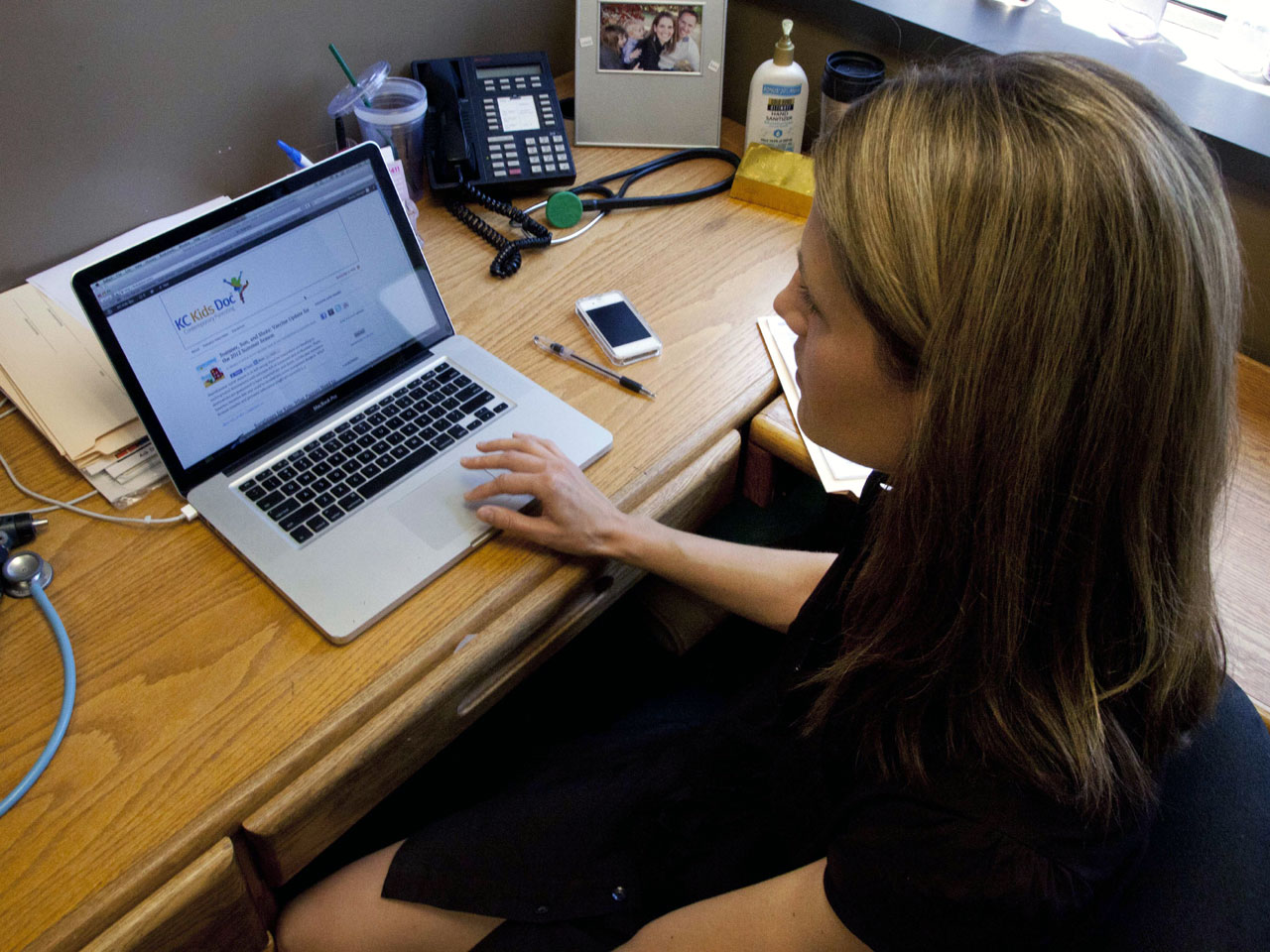 (AP) CHICAGO -- Is your doctor a technophobe? Increasingly, the answer may be no. There's a stereotype that says doctors shun technology that might threaten patients' privacy and their own pocketbooks. But a new breed of physicians is texting health messages to patients, tracking disease trends on Twitter, identifying medical problems on Facebook pages and communicating with patients through email.

So far, those numbers are small. Many doctors still cling to pen and paper, and are most comfortable using e-technology to communicate with each other - not with patients. But from the nation's top public health agency, to medical clinics in the heartland, some physicians realize patients want more than a 15-minute office visit and callback at the end of the day.

"These tools are embedded in my work day," Burgert said. "This is something I do in between checkups. It's much easier for me to shoot you an email and show you a blog post than it is to phone you back. That's what old-school physicians are going to be doing, spending an hour at the end of the day" returning patients' phone calls, she said.

She recently received a typical email - from a mother wondering how to wean her 2-year-old from a pacifier. With a few thumb clicks, Burgert sent the mom a link to a blog post offering tips on that same topic.

Sarah Hartley, whose two young daughters are Burgert's patients, loves having e-access to the doctor and says even emails late in the evening typically get a quick response.

"It's so useful," Hartley said. "Sometimes parents get concerned about a lot of things that maybe aren't necessarily big deals" and getting off-hours reassurance is comforting, she said.

Burgert, 36, doesn't charge for virtual communication, although some doctors do. She says it enhances but doesn't replace office visits or other personal contact with patients.

Colleagues "look at me and kind of shake their heads when I tell them what I do. They don't have an understanding of the tools," Burgert said. "For the next generation that's coming behind me, I think this will be much more common."

Dr. Steven Nissen is from an older generation, but has started to dabble in e-technology. A cardiologist at the Cleveland Clinic, Nissen is in his 60s and says he's hardly a member of "the Twitterati." But with help from clinic staffers, he recently led a live Twitter chat about things like heart failure and cholesterol problems, and found the process "in some ways maybe a little exhilarating."

"This was an opportunity to use a different communication channel to find an audience to talk about heart health," Nissen said.

"The downside is that we dumb it down," he said. "It's very challenging for physicians, primarily because the messages that we have are not conducive to 14 characters. If you ask me a question, you're likely to get a five-minute answer."

But with so many young people facing obesity, which can contribute to heart problems, Nissen said Twitter can be an effective way to reach an important audience, and he plans to use it more.

"If it gets us through to the people who need to hear the message, that's great," Nissen said.

In a publicized case that makes doctors shudder, a state disciplinary board last year reprimanded Rhode Island emergency medicine physician Alexandra Thran for "unprofessional conduct" and fined her $500 after she made comments on her Facebook page about a patient's injury. Even though she didn't name the patient, others who read the post figured out the identity. Thran did not respond to requests for comment.

Dr. Raoul Wolf, a pediatrics professor at the University of Chicago, doesn't use social media sites personally or professionally and worries about the permanence of online communication.

"With anything on the Internet, it's there forever. There's no calling it back," Wolf said. "Ask any politician."

Hard numbers are scarce on exactly how many of the nation's nearly 1 million doctors use virtual communication for patient care, but anecdotal evidence suggests the numbers are rising.

A survey last summer of 501 randomly selected doctors found that more than 20 percent engaged in emails with patients over secure networks, and similar numbers had websites allowing patients to schedule visits or download test results. Only 6 percent communicated with patients through social media; that translates to about 60,000 doctors nationwide.

Doctors' use of social media and virtual communication for patient care is expected to increase under the Accountable Care Act, which encourages electronic health records and the "electronic exchange" of health information.

A study published online in March found that 60 percent of state public health departments use Twitter or another social media site, mostly to distribute information rather than interact with patients.

The federal Centers for Disease Control and Prevention spreads its public health messages by Facebook, Twitter, YouTube and text-messaging. It offers a free service featuring 12 texts a month, including automated tips for healthy eating and other obesity prevention advice. The CDC has almost 2 million followers on its social media sites, said Amy Burnett Heldman, the agency's social media leader.

"There's a way 4 everyone 2 work out, u just have 2 find your way around what obstacles may b in your path," Frieden tweeted May 21 in his most recent Twitter chat, about obesity prevention.

CDC scientists also monitor social media sites including Twitter for disease surveillance. One instance involved Indiana measles cases that first showed up a few days before the February Super Bowl. CDC officials monitored Twitter and Facebook posts about rashes and emergency room visits to determine if the outbreak was a widespread threat - it wasn't. Another involved an outbreak of suspected Legionnaires disease among people who attended a 2011 event at the Playboy Mansion in Los Angeles. Word of that illness surfaced when a German businessman who attended posted about his flu-like symptoms on Facebook, and CDC used social media sites to help locate the illness source - a whirlpool spa.

Says Aase, "If we can trust doctors with sharp instruments and narcotics, we can trust them with Twitter and Facebook."