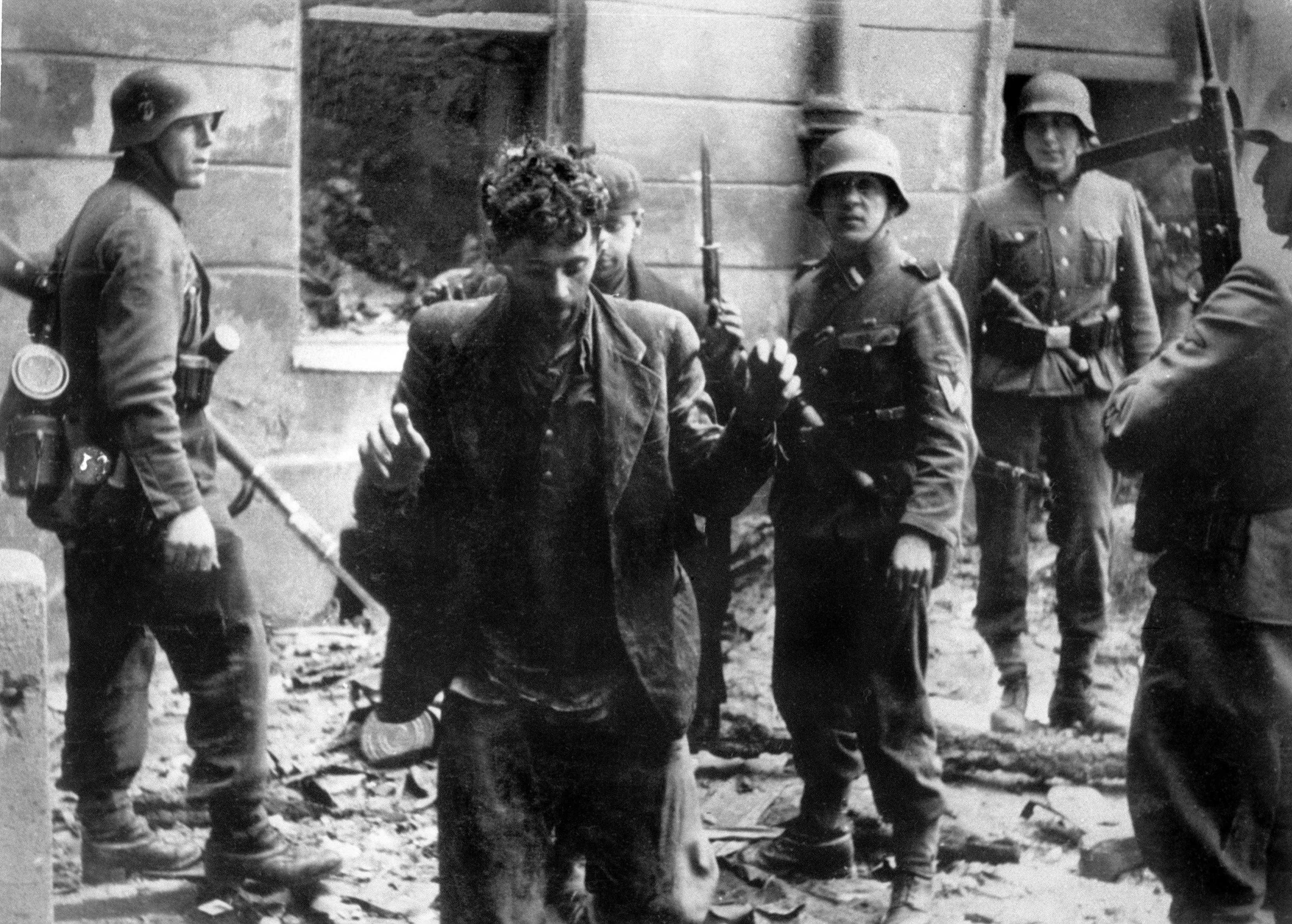 JERUSALEM -- A prominent Polish historian presented evidence Wednesday about Polish villagers’ widespread killing of Jews fleeing Nazis during World War II, touching a raw nerve in a country still grappling with its role during the Holocaust.

The research is likely to irk the nationalist Polish government, which has taken aim at those seeking to undermine its official stance that Poles were only heroes in the war, not collaborators who committed heinous crimes.

In launching the English-language version of her 2011 book, “Such a Beautiful Sunny Day,” Barbara Engelking details dozens of cases of everyday Poles raping Jewish women and bludgeoning Jews to death with axes, shovels and rocks. The book, which came out in Polish under the previous government, takes its title from the last words of a Jew pleading with peasants to spare his life before he was beaten and shot to death. It offers a searing indictment of Polish complicity that will now reach a far wider audience.

“The responsibility for the extermination of Jews in Europe is borne by Nazi Germany,” she writes. “Polish peasants were volunteers in the sphere of murdering Jews.”

For decades, Polish society avoided discussing such killings or denied that Polish anti-Semitism motivated them, blaming all atrocities on the Germans. A turning point was the publication of a book, “Neighbors,” in 2000 by Polish-American sociologist Jan Tomasz Gross, which explored the murder of Jedwabne’s Jews by their Polish neighbors and resulted in widespread soul-searching and official state apologies.

But since the conservative and nationalistic Law and Justice party consolidated power in 2015, it has sought to stamp out discussion and research on the topic. It has demonized Gross and investigated him on whether he had slandered the country by asserting that Poles killed more Jews than Germans during the war - a crime punishable by up to three years in prison.

Despite the current climate, Engelking said she had no fear of recriminations and proudly took on the government’s historical revisionism.

“People think I should be afraid, but I am not. I have a sense now of inner freedom and they cannot harm me in any way,” she said during a break at a symposium recognizing the launch of her book at Israel’s Yad Vashem Holocaust memorial. “Let them try ... you cannot obey this idea because this is really not true. I am obliged to tell the truth, that is all.”

Engelking, the founder and director of the Polish Center of Holocaust Research in Warsaw, said her decade-long research relied on diaries, documents and court files that gave voice not only to survivors but also victims. The government has long pointed to Poland having the largest number of citizens honored by Yad Vashem for saving Jews as evidence of their heroism. Engelking, however, said there were far less who aided Jews than those who betrayed them and that climate made the actions of the few all the more noble.

“There was severe punishment from Germans for helping Jews. They (the saviors) acted not only against German law, but against their neighbors, against the atmosphere, against the common sense of anti-Semitism,” she said.

Mateusz Szpytma, a historian with Poland’s state-run National Remembrance Institute, said he found the book to be written in a “prosecutor’s style” and often relied on a single source.

“The attention is almost solely focused on negative events that took place but were not the only ones,” he said. “Almost every element that is unfavorable to Poles is taken as true. Positive things are pushed to the margin.”

The noted Israeli Holocaust historian Yehuda Bauer said the significance of Engelking’s findings was the enormity of the cruelty toward Jews that she details. “It is something that we assumed but she proves,” he said.

He said there were parallels to the way Jews were treated by the local population in other European countries like Lithuania, Bulgaria and Greece. But the sheer scope of the genocide in Poland -- half of the 6 million Jews killed in the Holocaust were Polish -- made Engelking’s findings most pertinent.

Havi Dreifuss, a Tel Aviv University scholar and director of Yad Vashem’s center for research on the Holocaust in Poland, said Engelking’s research has shed new light on the last phase of the Holocaust, after Jews were packed into ghettos and sent to extermination camps, and how even those who had managed to survive that still faced the wrath of their compatriots.

She said estimates range between 160,000-250,000 Jews who escaped and sought help from fellow Poles. She said only about 10-20 percent of those survived, with the rest rejected, informed upon or killed by the rural Poles themselves.

“This research reveals not only the Jewish immense efforts to escape, as well as the Jewish despair and helplessness. It also exposes the terrible reality in which those Jews found themselves: a reality where very few acts of kindness were lost among the countless acts of cruelty, abuse and meanness,” she said.

Poles have been raised on wartime stories of Polish suffering and heroism and many react viscerally when confronted with the growing body of scholarship about Polish involvement in the killing of Jews.

A recent poll showed an overwhelming majority of Poles believe their ancestors helped save Jews and rarely turned them over.

Engelking said that was unlikely to change as long as this “propaganda” continued and the “truth about our behavior during the war” was not allowed to be shared widely in schools and with the public.